Will Activision pull the plug on Black Ops servers for PS3? 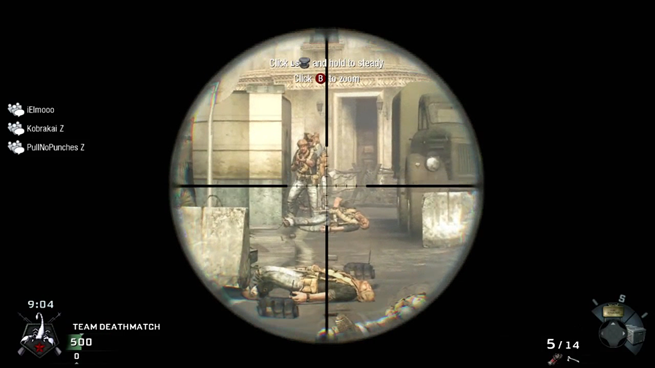 If you’ve been keeping up to date with industry news recently then you’ll be well aware of how Infinity Ward have recently blamed security exploits in the PS3 firmware for all problems seen in COD: Modern Warfare 2’s online multiplayer (see previous article for more info on the matter.) It is no surprise then that PS3 users are feeling a little left out in the cold by Activision’s flagship FPS franchise.

A Call of Duty fan, Jason Koblovsky, sums up the level of frustration that every player feels in his blog that follows his attempt to play a decent game of Black Ops online. Having contacted Activision regarding his problems this is the response he got from Dov Carson, Senior Tester/Senior Support Representative at Activision:

“Well I have nothing else to offer and I too follow forums and have many friends who play and enjoy the game for all of its features. As an avid gamer, I would also disagree with any legalities involving a single aspect of a game as online experience may change at any time. The publishers have the right to shut down the servers for their game at any time as well which based on the number of reported posts from users may be a viable solution over the free PSN.

In any event, if you would like to send your game disc into us, we can either;

b) Swap for another platform

c) Exchange for another Activision title of equal or lesser value.

These are the options that we are able to offer to you as a one time courtesy.

Let us know how you would like to proceed.”

Whilst it is nice that Koblovsky was offered a choice of nightmares it doesn’t help anyone who just wants a decent game of Black Ops on their console of choice. What’s more disturbing is the idea of Activision thinking that it is acceptable to just run away from the problems the game has with its online modes by taking down the servers on the PSN. I’m positive they have some term or condition that covers them from any legal issues, but is it ethically right for them to cripple such a major title like that by removing its online component?