Is Nintendo all set to use Vulkan on their next generation machine? 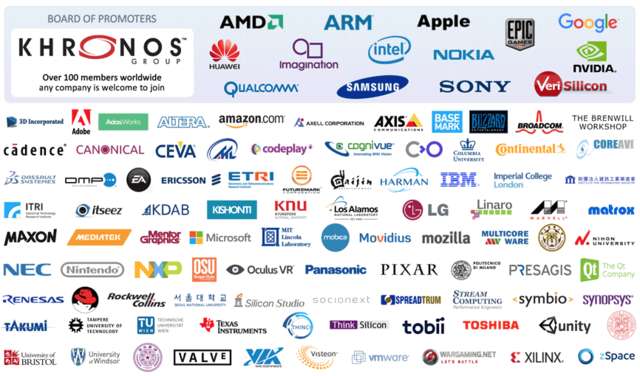 Nintendo are an integral part of the gaming industry, but thy have always, for the most part, shunned standards, choosing instead to stick to proprietary solutions. This used to work well for them back in the day, but in the modern era, has made them increasingly isolated from the larger AAA gaming industry landscape and ecosystem.

However, Nintendo fans often pin the hopes of a triumphant comeback for the company on the mysterious upcoming Nintendo NX- we don’t exactly know what the NX is, but it does seem to be encouraging, from the bits and pieces about it that we have heard so far.

In September, we learned that Nintendo had joined the Khronos Group, which sounded encouraging at the time- after all, they are intimately involved with promoting Vulkan as an open source next generation API. However, there was no explicit association with Vulkan, not back then anyway.

That changed today- in the Vulkan Launch Webinar, a slide showed Nintendo as one of the groups that had participated in the creation of the Vulkan API (along with countless others). This immediately sounds encouraging- are Nintendo poised to use Vulkan on the Nintendo NX? That would bode good news for the console, its power, its adherence to standards, and the kinds of games that it may be able to run.

Let’s hope this is true.

Nintendo is expected to make some kind of preliminary announcement for the Nintendo NX in March.