Just how important is innovation in this era of shooters?

If you know the name Wolfenstein, you know first person shooters. You know where they really began. And more than anything, you knew the sheer pleasure in killing Nazis.

So when MachineGames and Bethesda Softworks announced Wolfenstein: The New Order, after much by way of rumours, there was much fanfare. And much criticism. Though he wasn’t specifically targeting The New Order, Deus Ex and Epic Mickey creator – also one of the guys who had a hand in the other John’s ION Storm – Warren Spector found the announcement of yet another first person shooter in the vein of just shooting and killing enemies to be redundant.

This is funny because despite the last Wolfenstein game trying something new with its powers and open world aspect, it wasn’t exactly trumpeted by the industry. Developed by Raven Software, it faded into memory despite the Wolfenstein name behind it.

He was roundly bashed for it, but some people had a point: Why not wait for the game to come out before criticizing it? But then, why not apply this same logic to Battlefield 4, which didn’t really do anything new with its gameplay, or even Call of Duty: Ghosts, another sequel in the long line of Call of Duty games that has been acknowledged as a cash cow?

Heck, why not to Assassin’s Creed IV: Black Flag, since the predecessor was disappointing? If Wolfenstein: The New Order can be praised just based on its name, then any trailer, even that of actual gameplay, is irrelevant to public opinion. Just as one can’t say it’s awful, one shouldn’t be so quick to say it’ll be good.

This logic has bitten gamers in their collective arses before with Resident Evil 6, Epic Mickey 2 and Medal of Honor: Warfighter, among other disappointing games.

The real issue isn’t what kind of game The New Order is, or even how good it looks. The issue is the era we’re in, where looks and a brand name don’t guarantee a game will be fun. It’s about the era of first and third person shooters, with their recycled run and gun mechanics. Honestly, there is nothing that distinguishes games like Battlefield 4 or Killzone: Shadow Fall from previous iterations on lesser consoles, save for their looks.

We can look at games like The Last of Us, and very plainly infer that it isn’t just another third person shooter in the vein of Uncharted or Gears of War. We can look at FUSE and determine – to some extent – that it is trying to do something new with its co-op despite its boatload of clichés.

Can we honestly do that with Wolfenstein: The New Order if and when the gameplay comes out and it’s revealed to be the same old running and gunning experience?

There won’t even be a multiplayer component. So MachineGames will need to concentrate on making the best campaign possible. This isn’t difficult – heck, look at Halo 4, which still managed to be fun despite reminding one of how Bungie handled all these elements better – but in this set-piece/turrent segment/quick time event/slow shooting era, will it really happen?

Games like Bioshock Infinite are why we should treasure innovation. Because when it happens, it’s truly wondrous, whether it is in the setting, level design, story-telling, visual style, narration or gameplay mechanics (Skyhook FTW), since innovation is just that damn hard to come by.

We’ve been reduced to finely distinguishing between so many similar experiences that we’re dumbfounded when something truly new and magical comes out. 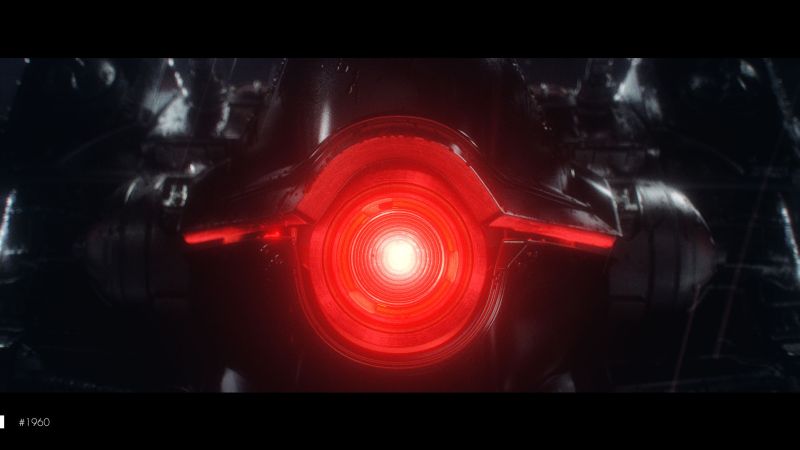 Even if Wolfenstein: The New Order doesn’t break new ground and is a fun experience, will we remember it as the game of its generation?

Will it be compared to the shooting greats and replayed for years to come on the strengths and merits of its single player experience like a Halo or a Half-Life or even Doom? Is it simply enough to be a good game with the Wolfenstein name, rather than to differentiate itself from the current crop of shooters?

Those aren’t easy questions to answer, for sure. But with Bethesda Softworks, MachineGames and id Software’s id Tech 5 Engine in the mix, one can’t deny that it looks enticing enough to warrant a further look as time rolls on.