1-bit cosmic RPG World of Horror is finally exiting its early access period in Summer 2023, alongside getting a release on PS4, PS5, and Nintendo Switch. 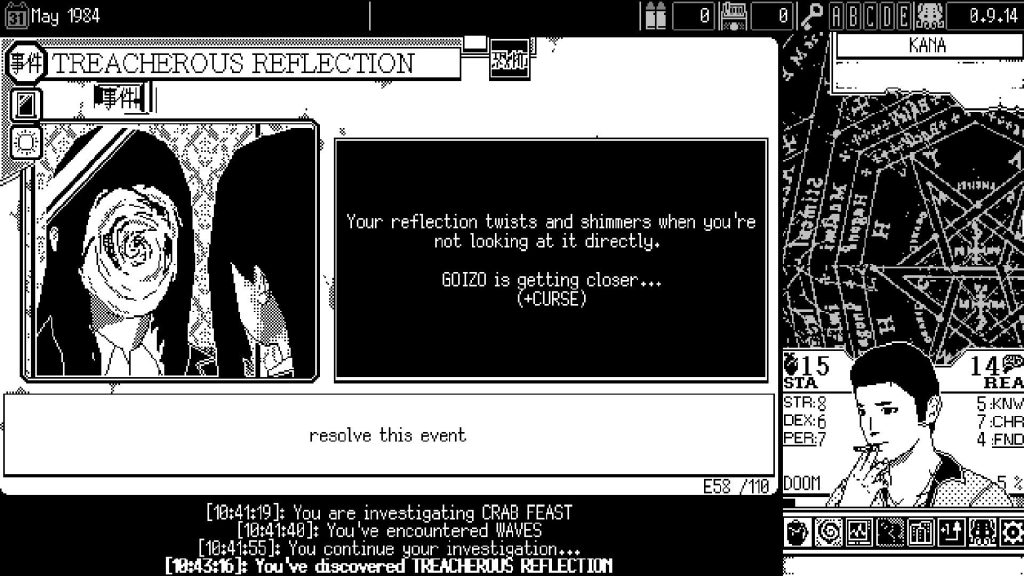 Having originally been released as an early access title all the way back in February 2020, World of Horror features a low-fi art style inspired by Japanese horror artists like Junji Ito—artist and author of Uzumaki and other horror manga.

World of Horror also features a complete set of modding tools that allows players to develop their own horror stories using the game’s general framework. According to developer Panstasz, World of Horror‘s unique art style has been developed entirely using Microsoft Paint.