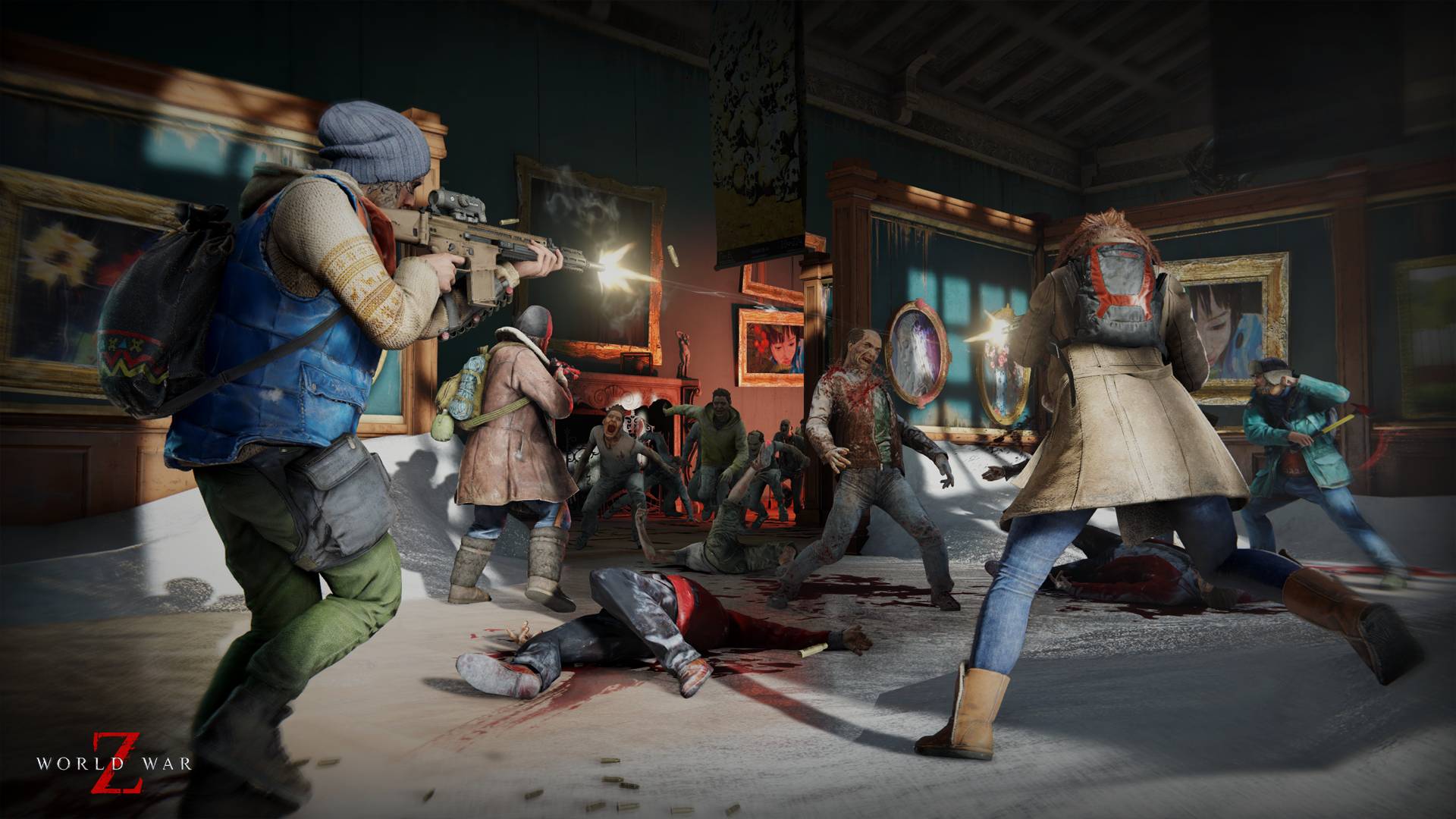 People really love mowing down zombies it turns out, as World War Z has been quite the success. It’s sold well above expectations, and is a pretty fun game to boot, taking up the space that Left 4 Dead once filled very nicely. Now more free and paid content is coming soon, and we have a trailer today breaking it all down.

Today, Saber Interactive accidentally released the video for the update a little early, but the internet never forgets and you can see it reuploaded via another channel below. The update will include a free new difficulty mode, six skulls extreme mode, to every chapter released so far, that the team promises it is no joke. Beating one chapter in this mode will net you a special melee weapon, and beating all chapters will get you a high powered sniper rifle.

The video also highlights the paid and free weapon and character skins the game will have over the course of July and August. But there is a also a free batch of skins that’s coming at a later date that the team is calling simply, “the big update.” If that wasn’t enough, there’s also a weekly challenge mode coming as well.

World War Z is available now for PlayStation 4, Xbox One, and PC. The next update that include the six skulls difficulty will be live sometime later this month.