KT Racing speaks with GamingBolt about its final WRC title.

KT Racing has done a solid job with its WRC games over recent years, and year on year, the series has seen significant improvements. This year’s WRC Generations was the developer’s last officially licensed WRC title, with the franchise moving to EA and Codemasters next year- and appropriately enough, KT Racing and publisher Nacon have gone out on a high, with the series’ most dense and authentic outing yet. Prior to its launch in November, we reached out to its developers with several questions about the game and how it improves upon its predecessors, getting more insight into some of its biggest new additions, smartest refinements, and more. You can read our interview below. 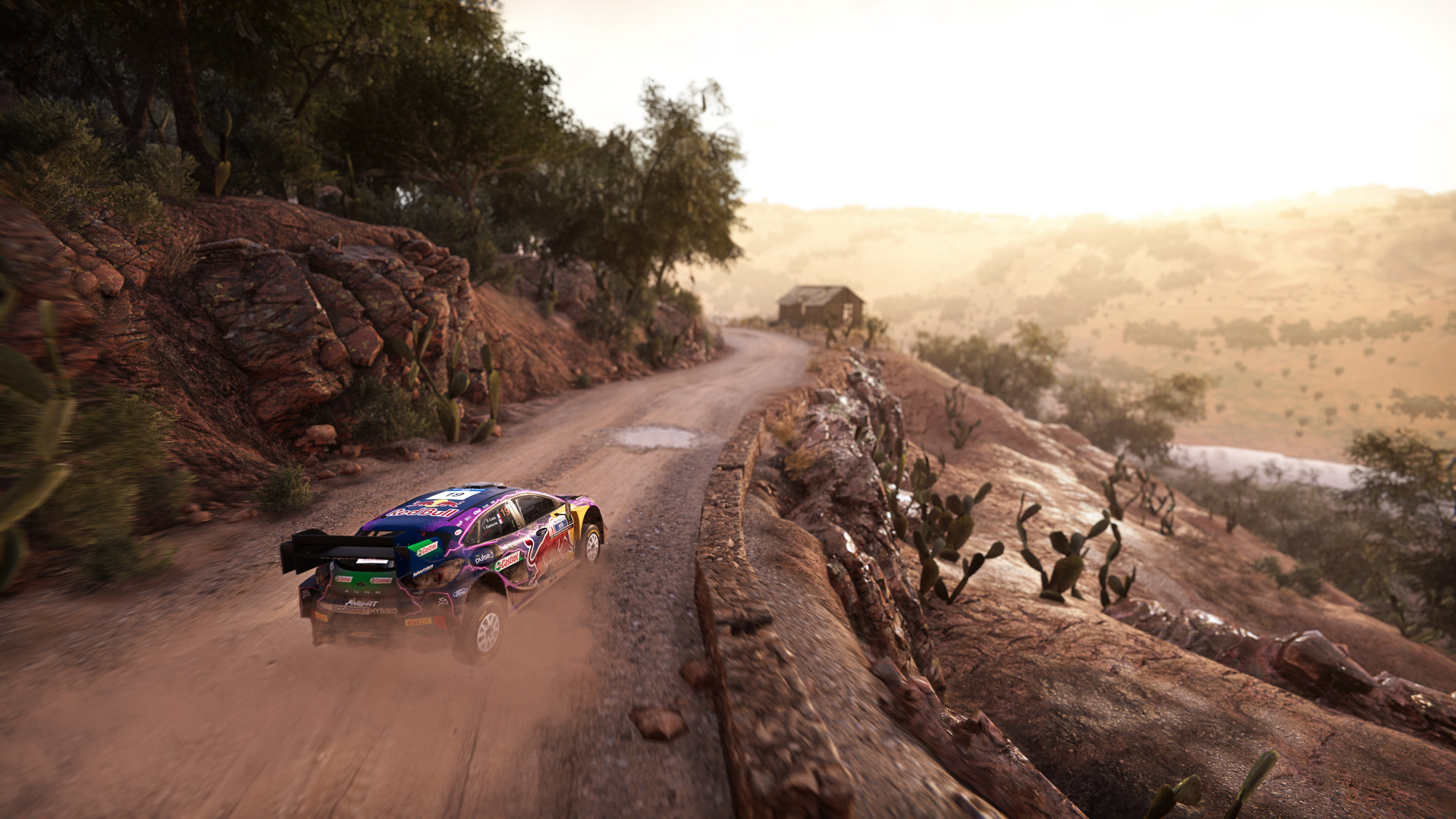 "Hybrid cars bring a breath of fresh air to the WRC series. It was very exciting for us to have the chance to discuss with the manufacturers directly and to receive precise information concerning the behavior of the electric motors."

Hybrid cars are obviously WRC Generation’s headlining addition- how exciting was that for you in light of the 2022 season, and how big of an impact will this have on the moment-to-moment gameplay when players are behind the wheel?

Hybrid cars bring a breath of fresh air to the WRC series. It was very exciting for us to have the chance to discuss with the manufacturers directly and to receive precise information concerning the behavior of the electric motors (ICE). This helped us to get the most accurate simulation of a hybrid car. Regarding the gameplay, it adds a strategic decision, like in the real life, for the players to decide which mapping they must choose before each stage. During the race, players must also learn how to use the content of their battery sparingly, without risking losing control of their vehicle. It’s very challenging!

Beyond the actual racing mechanics, how do you see the addition of hybrid cars impacting other aspects of the game, such as customization?

As said before, players can now customize the mapping of their ICE and choose between three behaviors. The first offering a lot of power over a short duration and the latter offering less power but over a longer duration. The second is a compromise between the first and the third ones. The power given by the ICE will influence the behavior of the car depending on the road surface, too much power is not always the best choice and the player will have to make the right choice for the best performance.

WRC Generations’ new Leagues mode is looking like a significant step up for the series on the multiplayer side of things. Can you talk to us about the biggest changes and improvements it brings to the experience?

The new league mode is a new dimension for the competitive experience of the players on WRC Generations. They are now ranked into leagues during the seasons and according to their results. It’s a lot less frustrating for players because it means they’re competing against players of the same level as them. They also have a clearer objective to achieve during each season by trying to improve their ranking while entering a global competition, not just separate leaderboards, with all the community of players as this system is cross platform. 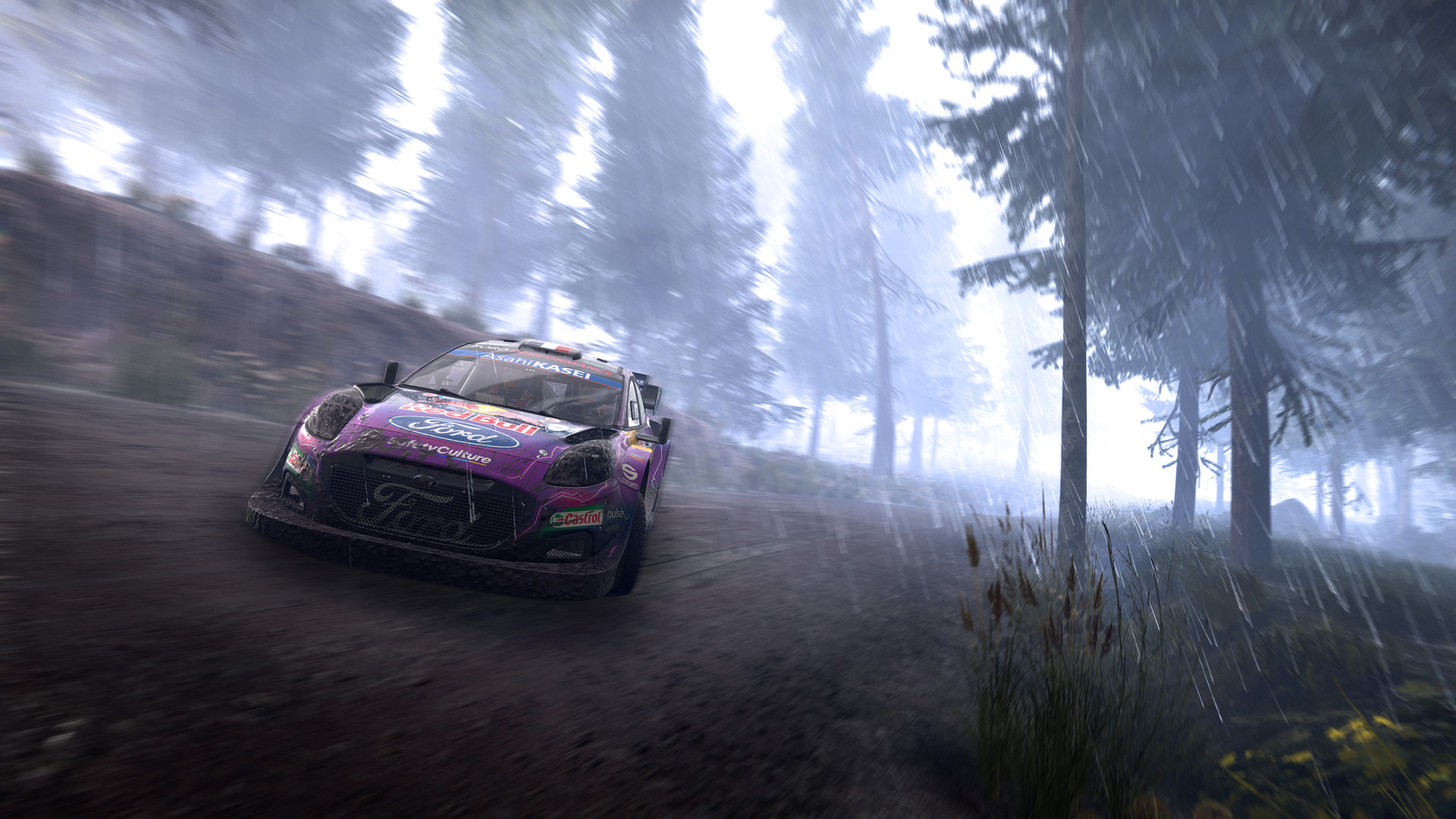 "Career mode in the WRC Generations is a very important mode as it provides a very immersive experience of the Rally discipline. For every new iteration of the game, we work on making it more realistic, engaging and well balanced."

Coming to the Career Mode, what sort of improvements can players expect to see over last year’s game?

Career mode in the WRC Generations is a very important mode as it provides a very immersive experience of the Rally discipline. For every new iteration of the game, we work on making it more realistic, engaging and well balanced. Over the work we made on the global balancing, the hybridization of Rally 1 cars this year was an opportunity to introduce a new dimension in the career management, with a new branch in the skill tree and more interest for the shakedowns which allow to test the car mapping in real conditions before starting a Rally.

The possibility of creating your private team is also more challenging and more rewarding for the player. Even the first steps in the WRC are more enjoyable with the new WRC3 Junior cars featuring 4WD this year.

Over the years we managed to make the career mode better and better, more engaging, immersive and realistic. WRC Generations is the ultimate version of this game mode considered by many people like the best career mode in racing games.

KT Racing’s WRC games have consistently made notable improvements in the audiovisual department year over year, which is especially important for a series that focuses on authenticity as much as this one does. What are the biggest improvements you’ve made on that front with WRC Generations?

New gens allowed us to reach a better framerate and more realistic renders of the lights, the weather, and the snow for example. The landscapes are gorgeous!

This is going to be KT Racing and Nacon’s final game with the WRC license as part of your current agreement. Is that something that was on your mind as you were developing the game? Is the intention to sign off with a bang and deliver the series’ best outing yet?

As the title of the game suggests, we wanted to give players a game that could last for generations. This required a solid competitive mode which we developed with the Leagues mode, as well as substantial content for solo players. So, we brought to WRC Generations the most extensive content ever seen in a rally game, with 22 different locations, over 150 stages and over 750 kilometers to cover.

As a studio, you’ve obviously grown in prominence with the WRC license over the years, delivering games that arguably got better each year. Going forward, are you looking to take that knowhow of developing rally racing sims and continuing to apply that, or would you like to move on to something different?

The WRC franchise has really allowed us to grow and strengthen our expertise every year. It would be a shame not to take advantage of it so I don’t think to abandon the rally completely. But it’s a new page that is turning and that leaves room for other and very different projects, like Test Drive Unlimited Solar Crown. 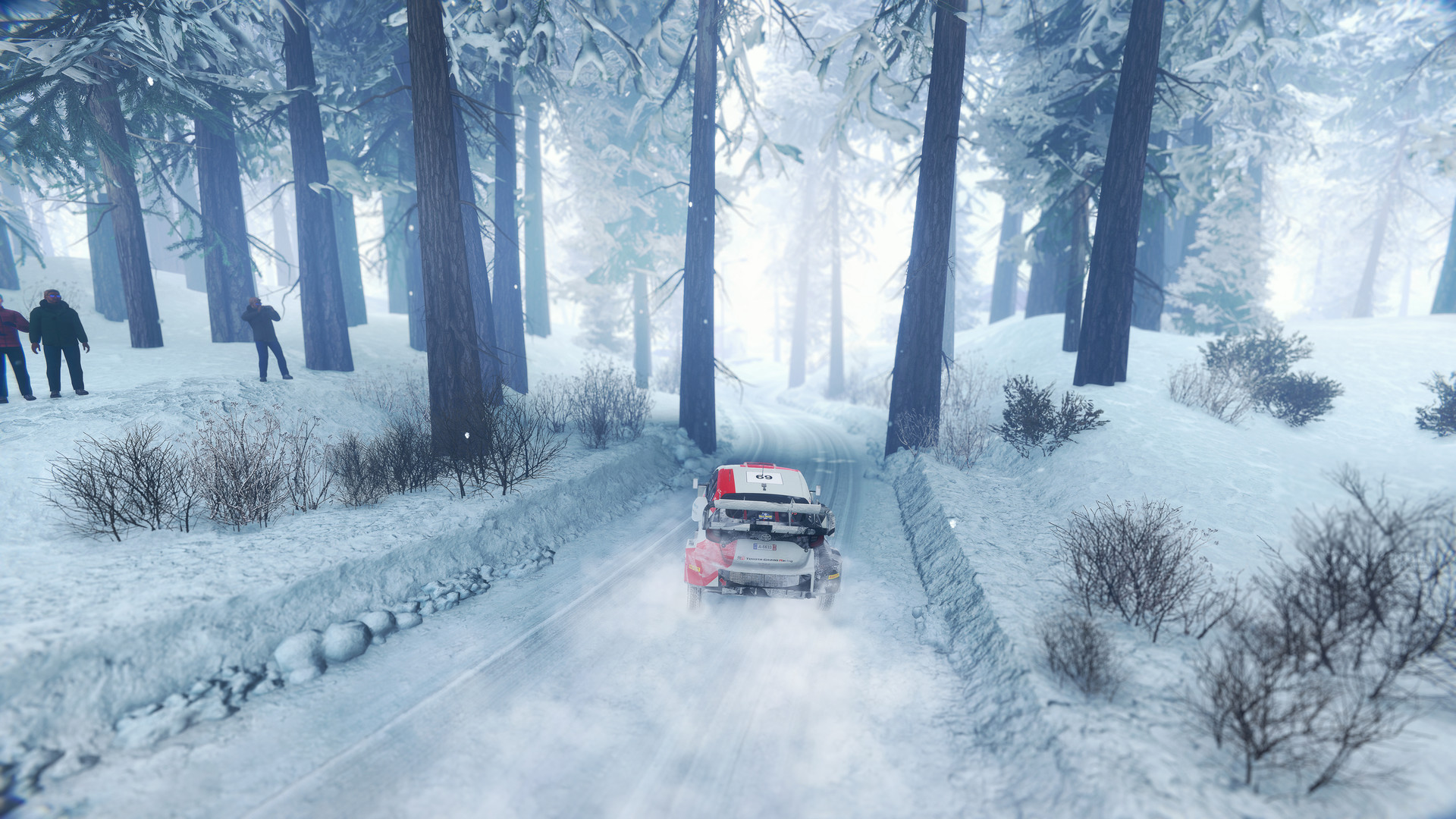 "The WRC franchise has really allowed us to grow and strengthen our expertise every year. It would be a shame not to take advantage of it so I don’t think to abandon the rally completely. But it’s a new page that is turning and that leaves room for other and very different projects, like Test Drive Unlimited Solar Crown."

IO bandwidth is really important: Asset quality (textures and meshes), and thus assets sizes increased a lot in the new game generation, faster than available RAM, so games need to be better at streaming data. We are currently exploiting consoles’ direct-to-ram tech (DirectStorage) and hardware decompression on PS5 (Kraken) for fast loading and streaming.

You might notice small timing difference on level loading or high quality mips appearing a bit sooner due to those hardware differences, but keep in mind that due to those big bandwidth increases on the next-gen consoles, the loading bottleneck might have shifted from IO to CPU processing. We are very happy by the technology choice and should be able to exploit it even better as our next game, TDUSC, is an open world game.

Both CPUs are great, we are happy to have very close performances between both console. Furthermore, as both architecture are very close (x64, instructions set, cache size, etc) any optimisation benefits both consoles.

On WRC Generation we really wanted to reach the best performances and stability on new and old generations.

The Xbox Series S has a less powerful graphic card, so the two graphics modes offer a slightly lower resolution: for the quality mode we have a 30 FPS with a 1440p resolution, and the performance mode runs at 60 FPS at 1080p. 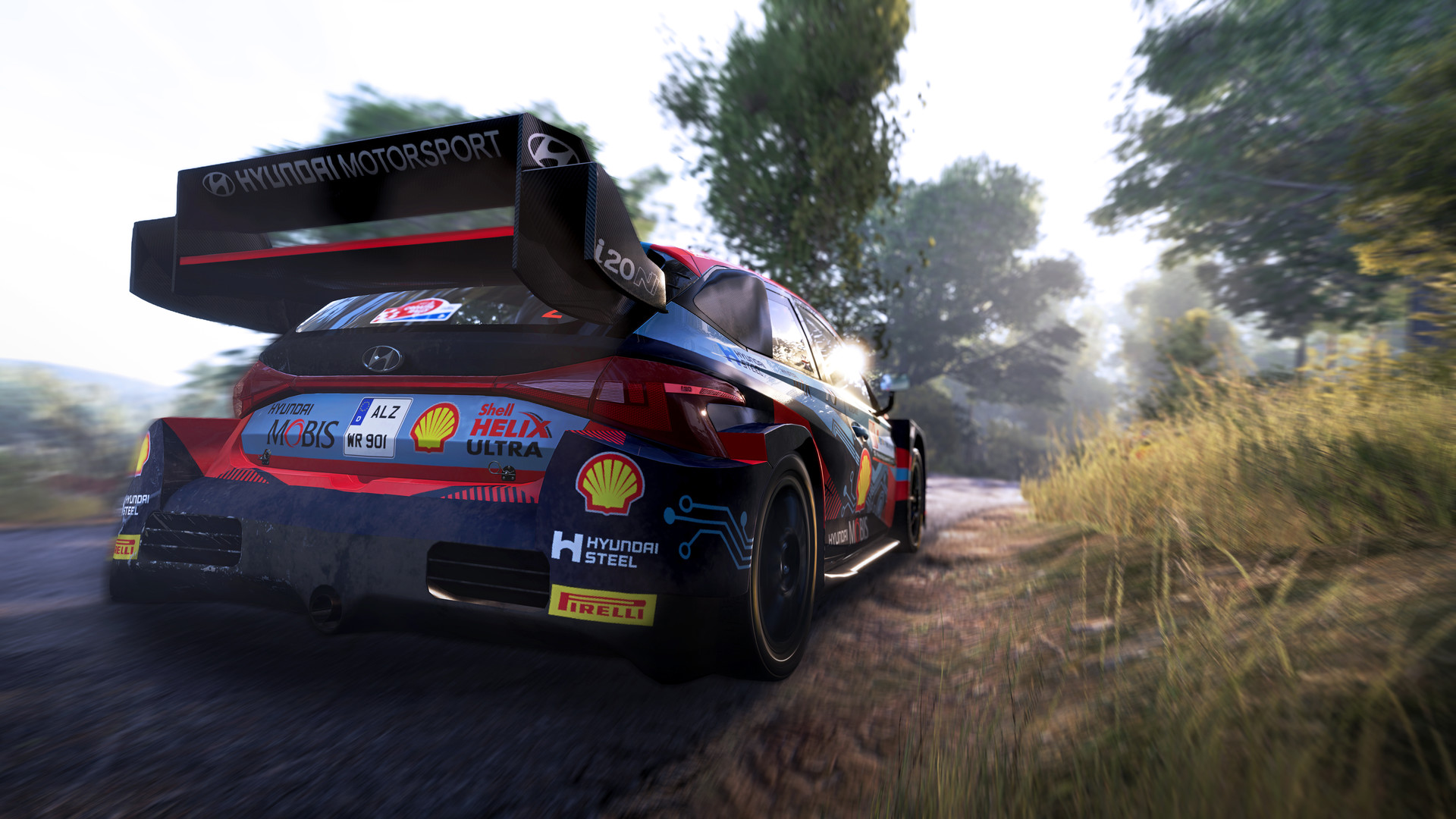 "On WRC Generation we really wanted to reach the best performances and stability on new and old generations."

As you know, this is the last time we are developing an officially licensed WRC game. So we plan to follow the game over time, but it will take us too much time and monopolize part of our team. In this context, we have not planned to adapt WRC Generations to the technical specificities of the Steam Deck.