WRC Generations is Out Now for PlayStation, Xbox, and PC

Kylotonn and Nacon's final officially licensed WRC title has launch for PC and consoles, and received a new trailer to commemorate its release.

WRC Generations shows how much the series has grown by combining the best elements from the past several games.

A two-week pre-season begins on October 31st, while the first season kicks off on November 28th for the rally racing sim.

Pre-orders are now live with Marcus Grönholm's Peugeot 206 included as a bonus. The Fully Loaded Edition has also been announced for $49.99.

KT Racing's final WRC title is out on October 13th for consoles, while the PC version lands in November. Here's what you need to know.

KT Racing and Nacon's final WRC game is out this October for Xbox and PlayStation, and will arrive later for PC and Switch. 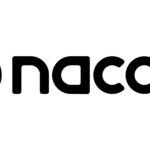