Pre-orders are now live with Marcus Grönholm's Peugeot 206 included as a bonus. The Fully Loaded Edition has also been announced for $49.99. 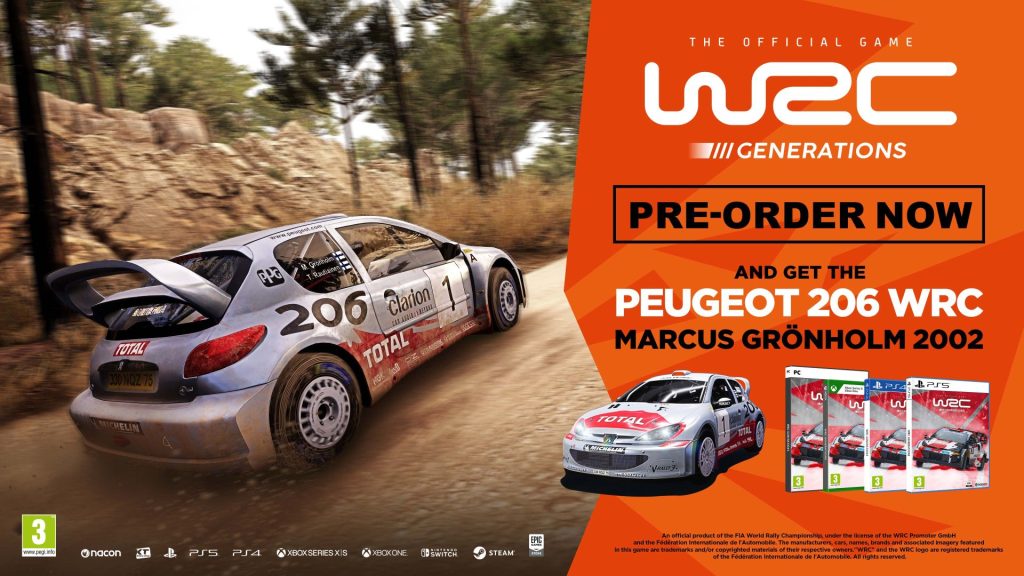 KT Racing and Nacon have announced a delay for rally racing sim WRC Generations. It’s now releasing on November 3rd for Xbox Series X/S, Xbox One, PS4, PS5, and PC, with the Nintendo Switch version coming later. The Xbox and PlayStation versions were originally planned for launch on October 13th, but they’ll now arrive alongside the PC version.

A new trailer is available, showcasing Marcus Grönholm’s Peugeot 206, which is a bonus for pre-ordering the title. A Fully Loaded Edition has also been announced for $49.99, which includes the game, 48 hours of early access, bonus items for the Livery Editor and a “Career Starter Pack” with experienced crew member cards to use in Career mode.

Instead, all players that purchase the Standard and Fully Loaded Editions until November 17th will receive the Peugeot 206 for free. For more details on the title, including its new Leagues Mode, check out our feature here.

Steam & Epic Games Store won't have pre-orders available, to compensate the Peugeot 206 DLC will be available for free to users purchasing the Standard or Fully Loaded Editions of WRC Generations in the first two weeks after the game's launch (until November 17). 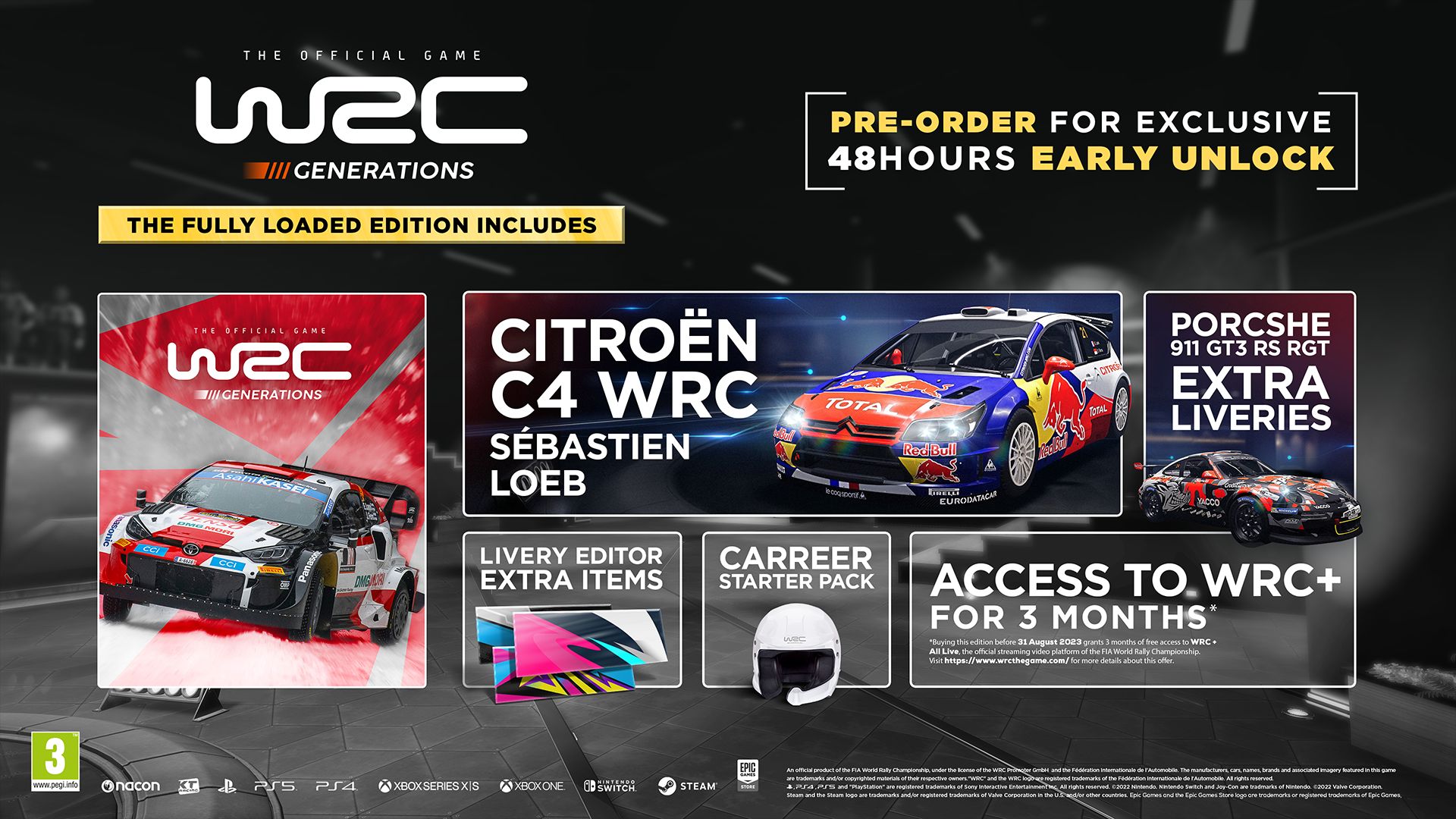