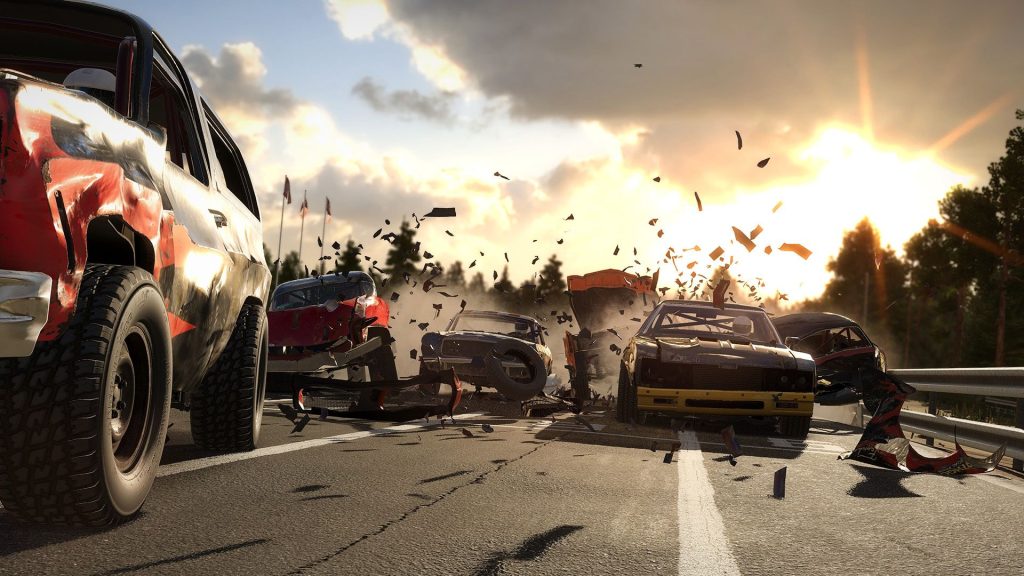 Publisher HandyGames has announced that Wreckfest is coming to smartphones. The publisher has revealed that the game will be coming to Android and iOS devices. Check out the trailer below.

Wreckfest Mobile is set to essentially be the complete Wreckfest experience ported to smartphones.

The game features upgrades and customisation options, along with a number of event types for players to take part in, including demolition derbies, as well as races. Wreckfest Mobile also has online multiplayer, challenge modes.

Wreckfest recently made its way on to the Nintendo Switch. The Switch release offers 16-player multiplayer, a frame rate of 30FPS, and two seasons’ worth of content.

June also saw the release of Wreckfest on the PS5. The PS5 release features graphical enhancements, including the ability to run at 4K and 60FPS, along with PS5-exclusive features such as adaptive triggers on the DualSense controller. The Xbox Series X/S version is set for release later in the year.