A new 2K Showcase with Rey Mysterio, the return of Universe and MyGM modes, the new MyFaction Mode and more await long-time fans. 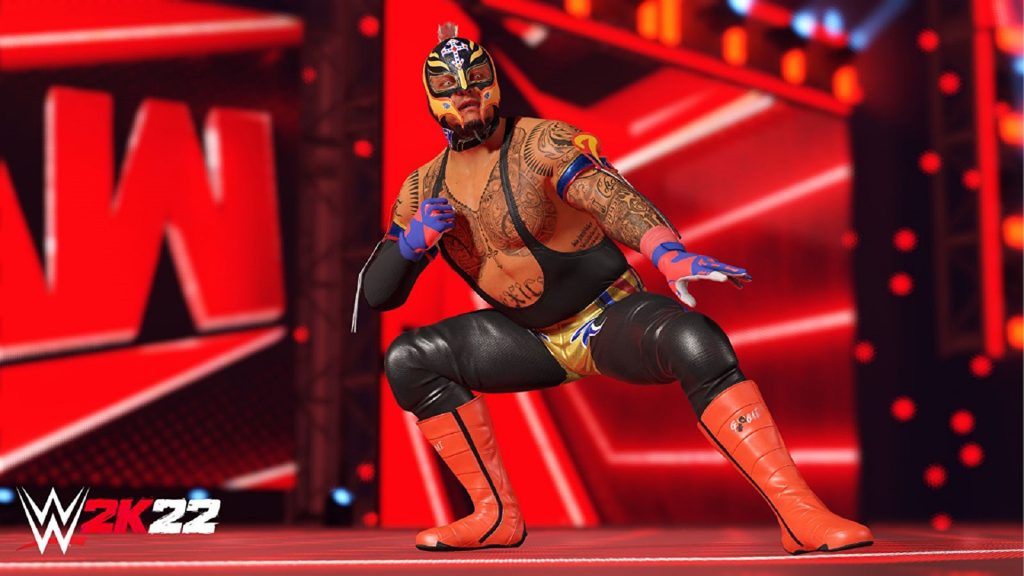 After the disastrous release of WWE 2K20 and taking a year off, Visual Concepts is back with WWE 2K22. It features a redesigned engine for improved visuals, revamped gameplay controls, and the return of several fan-favorite modes like Universe and MyGM. Check out the launch trailer below, which features a litany of WWE wrestlers and other celebrities like Machine Gun Kelley (who also happens to be a DLC character).

WWE 2K22 offers a new 2K Showcase focused on its cover star Rey Mysterio. Players will experience various key matches through his career (learn more about the same here). A new mode that’s been introduced is MyFaction which lets players build their own stable, collecting and managing different wrestlers throughout.

As for MyGM, it offers various playable general managers like Sonya Deville, William Regal and Stephanie McMahon with the aim of managing one of four brands. Book shows, manage contracts, draft superstars and make your brand the most dominant. For more details on WWE 2K22, check out our feature here.