X-Men Destiny Out Now! Details Inside 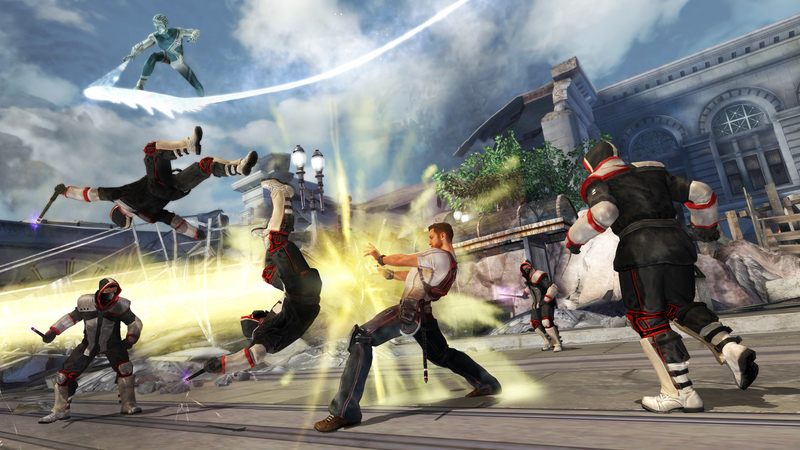 Activision and Marvel’s latest X-Men Action/RPG game, X-Men Destiny is now available at retail stores nationwide! You play a young mutant who is just discovering his powers. As you progress, the choices you make and alliances they forge determine which side of the mutant cause you will align with as well as which one will reign supreme.

You can also play as three new mutants to the series which are Grant Alexander, Aimi Yoshida and Adrian Luca.  You can view the launch trailer here and the full press release below.

SANTA MONICA, Calif., Sept. 27, 2011 /PRNewswire/ — The battle between the X-Men and Brotherhood of Mutants rages on — and your choices will shape the fate of the world!  Available today at retail stores nationwide, Marvel Entertainment, LLC and Activision Publishing, Inc.’s (Nasdaq: ATVI) X-Men™ Destiny places gamers into the role of a young mutant just discovering their newfound powers; where the choices they make and alliances they forge determine which side of the mutant cause will reign supreme.  X-Men Destiny gives players three all-new mutants from which to pick, and an original story penned by acclaimed Marvel writer Mike Carey, delivering an action/RPG experience where players have ultimate customization of their mutant’s powers, development and “destiny.”

“For the first time ever, gamers can play as a NEW Marvel mutant and make the key decisions that lead to their siding with either the X-Men or Brotherhood,” said David Oxford, Executive Vice President and General Manager, Activision Publishing, Inc.  “The opportunity to play out X-Men Destiny‘s branching story arcs as three all-new characters provides a unique way of experiencing the X-Men Universe — one that we think fans are going to love.”

“A great story delivered by Mike Carey, coupled with a game landscape that allows players to make key decisions that shape their journey, is a combination we’re really excited about and think fans of the Marvel Universe will be as well,” said TQ Jefferson, Vice President of Games Production,  Marvel Entertainment.

Fighting alongside and against some of Marvel’s greatest X-Men characters, including Magneto, Cyclops, Wolverine and Gambit, gamers will evolve their mutant skills through X-Men Destiny‘s upgrade system, allowing them to mix and match X-Genes and abilities from various X-Men and Brotherhood characters such as  Iceman’s freeze powers and Emma Frost’s diamond skin.

X-Men Destiny was developed by Silicon Knights for Xbox 360® video game and entertainment system from Microsoft, PlayStation®3 computer entertainment system and Wii™, and have been rated “T” (Teen — Mild Language, Mild Suggestive Themes and Violence) by the ESRB.  Development studio Other Ocean created the Nintendo DS™ version of the game, which is rated “E10+” (Everyone 10+ — Fantasy Violence and Mild Suggestive Themes) by the ESRB.

For more X-Men Destiny information, check out the HeroHQ community at www.facebook.com/herohq.

Located in the Niagara Region of Ontario, Silicon Knights is dedicated to creating groundbreaking video games.  Our aim is to completely engage and immerse gamers by combining the very best elements of technology, art, audio, game play, and story.  For each game, we blend these elements until the result becomes greater than the sum of its parts.  We seek to create a compelling and detailed world within which the game player can become absorbed into a seamless and compelling experience.  Silicon Knights is the developer of such popular games as Blood Omen: Legacy of Kain, Eternal Darkness: Sanity’s Requiem, Metal Gear Solid: Twin Snakes, and Too Human.  More information on the company can be found at www.siliconknights.com.

Marvel Entertainment, LLC, a wholly-owned subsidiary of The Walt Disney Company, is one of the world’s most prominent character-based entertainment companies, built on a proven library of over 8,000 characters featured in a variety of media over seventy years.  Marvel utilizes its character franchises in entertainment, licensing and publishing.  For more information, visit www.marvel.com.

Xbox, Xbox 360, and Xbox LIVE are either registered trademarks or trademarks of the Microsoft group of companies.