Microsoft has announced a 250GB Racing Bundle for Xbox 360, which includes a copy of Forza 4 and a Wireless racing wheel, which costs $99 separately. 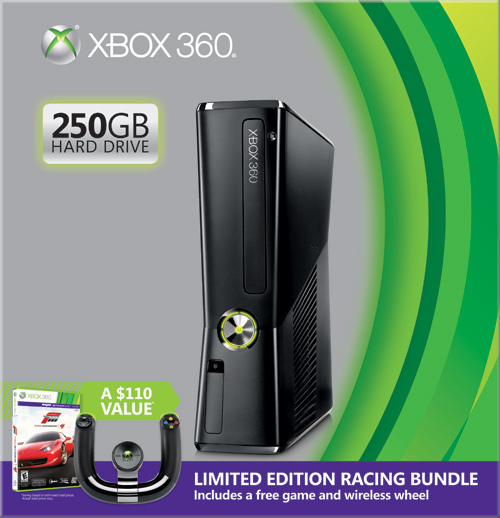 The bundle will be available at retailers mid-June and will be priced at $300. We also have the images of the said bundle, which you can check out over here.

It remains to be seen if it is received well by the general public, as Forza 4 is generally considered as a top tier game, but the Wireless wheel is, I dunno, not something that an average consumer would fancy.

“This bundle, available at participating retailers in mid-June, will be available for a MSRP of US $299, ” he added.

Do you fancy this bundle? Tell us what you think in the comments section below.