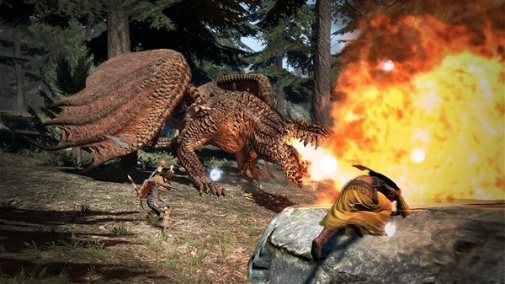 Capcom is showering the Xbox 360 with a lot of love, when it comes to Dragon’s Dogma and Resident Evil 6.

I think they believe that this platform will get them a lot of sales for these said games – just like PS3 for fighting games.

Dragon’s Dogma will be getting a DLC, and the Xbox 360 will be the first console to get it. The good news is that, even Xbox Live Silver members will be able to play online.

They have also released a new video showing a dragon called “Drake”, along with a bunch of awesome screenshots.