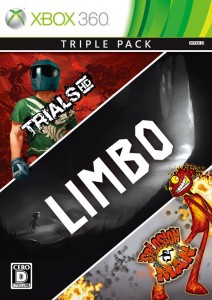 Microsoft is releasing a retail package that will run you $29.99 and will include  the three arcade game LIMBO, Trials HD as well as Splosion Man.  Anyone who does not have these game should definitely consider purchasing it in retail when it’s released on April 19th, but it was supposed to be out on April 12th.  These are some of the best games on Xbox Live Arcade and will save you around $10 by purchasing the retail package.  The XBLA Triple Pack

also comes with a 48-hour pass for Xbox Live Gold and 160 Microsoft Points.

You can pre-order it here.