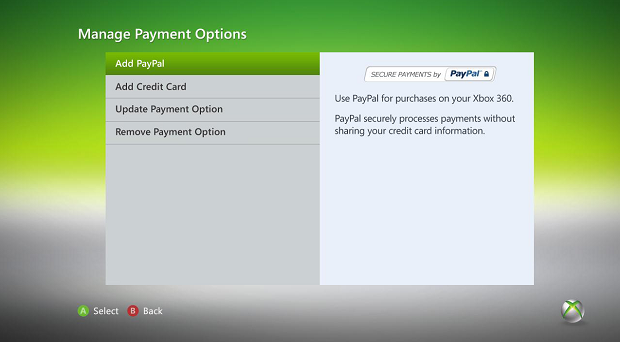 According to a leaked memo by Paypal, Xbox 360 dash update will be here by November 15th. Microsoft had earlier mentioned that Paypal will be added to Xbox Live, to facilitate easier payments.

November 15th is also the 10th anniversary of the Xbox launch, which should be enough clue as to when this big feature will be available in Xbox Live. Paypal is the biggest way to transfer and receive funds online, and has the potential to increase Xbox Live sales.