Not to be confused with the system memory of 8GB DDR3.

Posted By Rashid Sayed | On 21st, Nov. 2013 Under News | Follow This Author @GamingBoltTweet 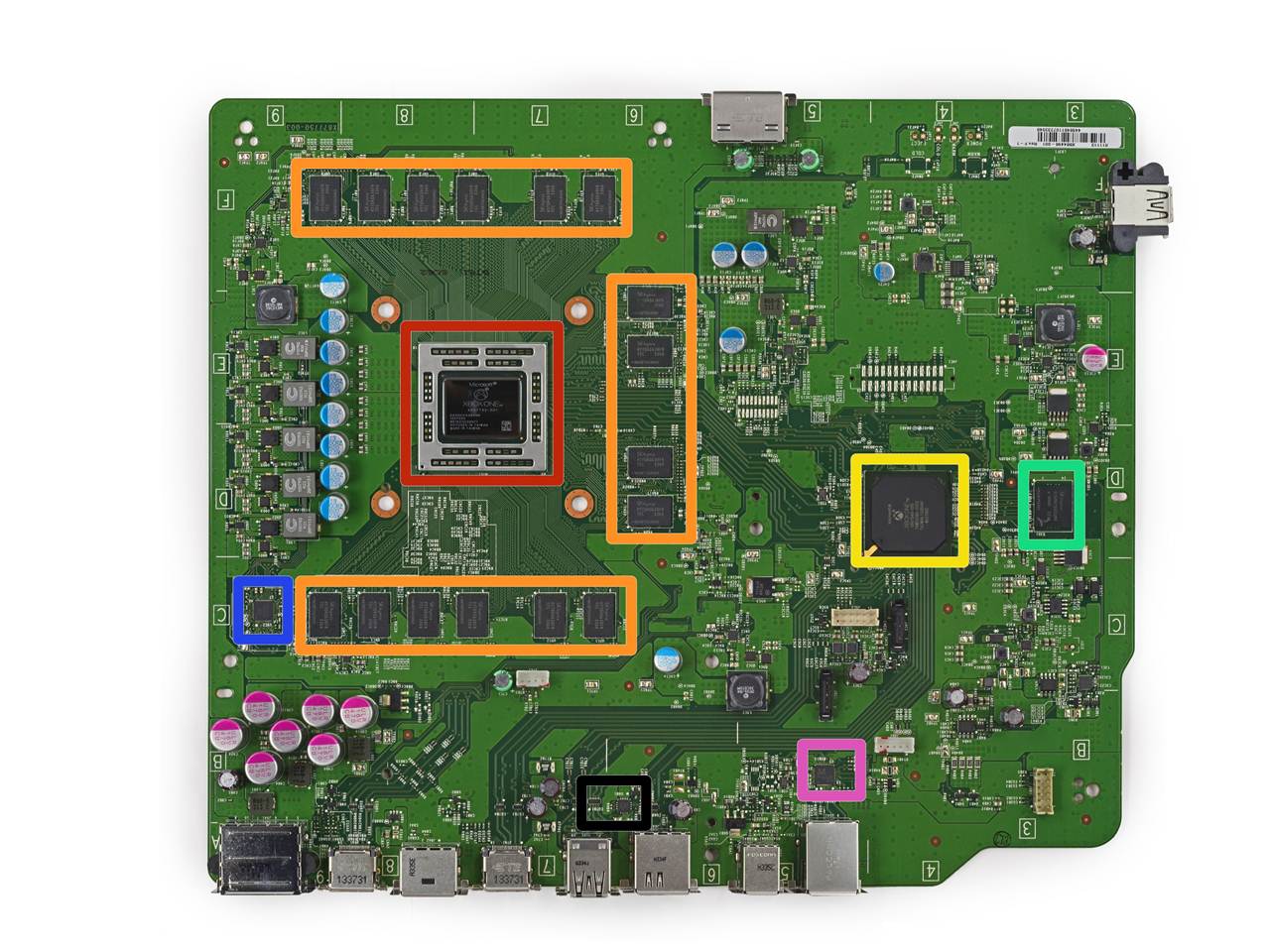 The one in the green is the ‘SK Hynix H26M42003GMR 8 GB eMMC NAND Flash’. Click the image to see it in full screen. Image Credit: Ifixit

The internals of Microsoft’s next gen console have been ripped apart in a tear down walkthrough by Ifixit. In doing so a tiny little detail has caught our eye. Among the various components revealed, Ifixit found out that the Xbox One consists of 8GB of NAND flash memory.

The exact manufacturing model is SK Hynix H26M42003GMR 8 GB eMMC NAND Flash. SK Hynix  is a South Korean company that deals in semiconductor technologies delivering RAM and flash memory. On digging through the internet we found out the specification sheet for the chip.

Now we are not sure what this flash memory is being used for.  But we have a couple of guesses:

As mentioned earlier, these are all guesses. Hopefully we will get some sort of solid confirmation about its purpose in the coming days. What do you guys make out of this? Let us know in the comments section below.

For more on next gen consoles, check out our PlayStation 4 motherboard components article here and the full review of PS4 here.

Tagged With: Microsoft, Xbox Live, Xbox One, Xbox One Motherboard