Xbox One eSRAM Easy To Use But Its Limited Size & Deciding What Should Go There Are An Issue: Dev

Posted By Rashid Sayed | On 10th, Nov. 2014 Under News | Follow This Author @GamingBoltTweet 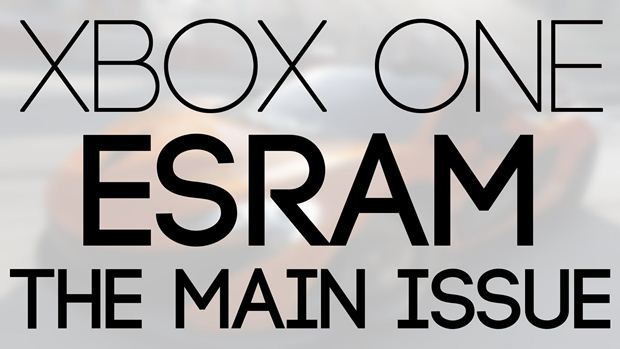 Ever since the launch of Xbox One, the eSRAM has been the major culprit behind lower resolution of certain games on the Xbox One. However the development situation seems to be improving with major AAA games like Destiny and Call of Duty Advanced Warfare running at 1080p, although the latter runs at a dynamic resolution.

Digital Extremes’ Warframe was one of the first game to achieve parity in resolution for the PS4 and Xbox One versions. So how did the developers utilized Xbox One’s eSRAM in this case and whether it was really a pain to work with? GamingBolt got in touch with the game’s Sr. Programmer, Ron Janzen to know more.

“The eSRAM was quite easy to work with. The issue is the limited size of the ESRAM (32MB) and deciding what should go in there. Currently we are using it for high-traffic render targets which pretty much fills it up,” Ron Janzen said.

“There are some scenarios where the ESRAM is used in a more dynamic manner which will be complicated by efficiently transferring data in and out of ESRAM as well as the associated synchronization issues which we do to gain better performance but in general it’s pretty straightforward.”

As with every console cycles, developers will come across major hurdles but with optimizations and better tool set, those obstacles can be overcome. Microsoft must be applauded for the work they have done since the console’s launch. The Redmond based company has released the popular June SDK update that have made life easier for developers and have added hundreds of new features to the console since launch.

On a related note, we reviewed the PS4 version of Warframe last year and found it to be a pretty solid first person shooter.