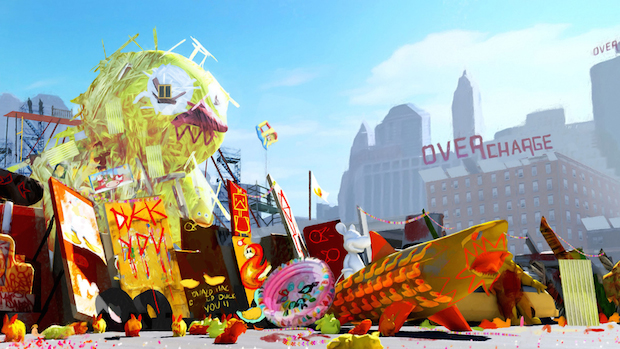 Sunset Overdrive, Insomniac’s Xbox One exclusive first person shooter title, will be given detailed reveals and coverage by the developers before E3 itself, which means that we will be seeing and hearing a lot more of the game and its gameplay details in specific within the next sixty days or so.

“Always was gonna get shown pre-E3,” James Stevenson, Community Lead at Insomniac Games said of the game’s reveals. “We just didn’t know exactly when so it’s been fluid. We have tons of good stuff for E3 too though.”

“Campaign/story is single-player,” he said. “There is multiplayer as well, as you saw in the E3 teaser.”

He also made a rather bold comment, trying to generate hype for the game. He said: “If there is one word this game IS NOT, that word would be ‘forgettable’.”