Xbox One ‘Iron Man Edition’ Console Made Ahead of the Launch of Captain America: Civil War 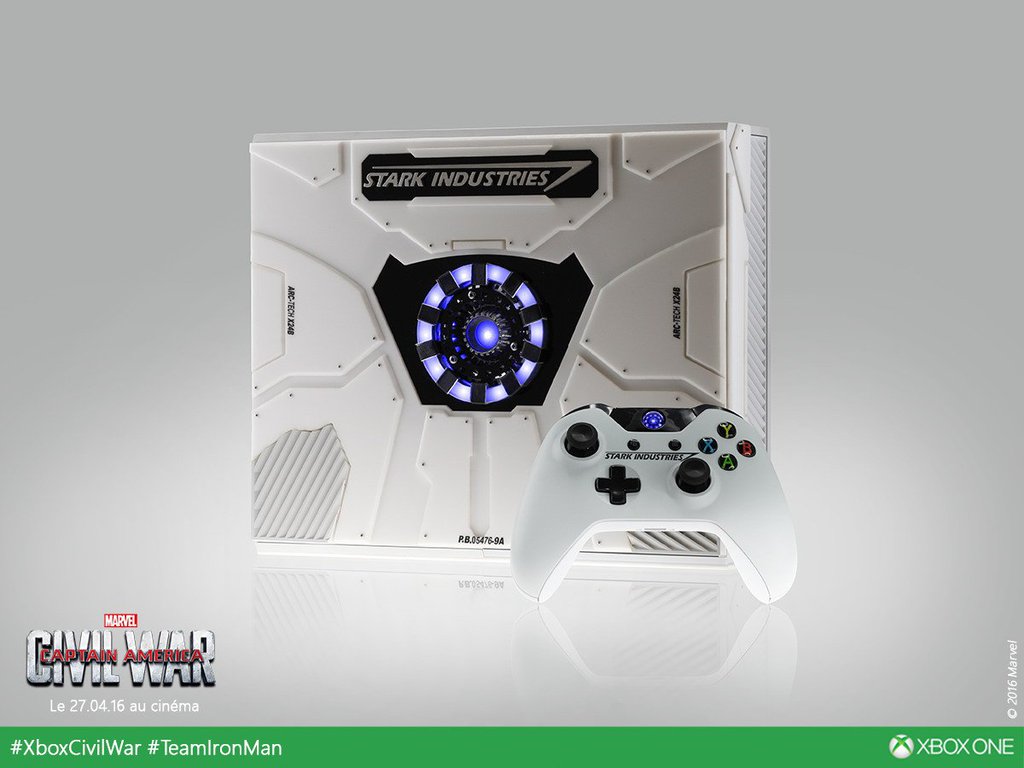 When Captain America: Civil War launches in theaters next week, fans will get to see the culmination of the uneasy tensions that have been brewing under the surface amongst Marvel’s Avengers for a while now. And while whether or not you want to be #TeamIronMan or #TeamCaptainAmerica is your choice, Microsoft, at least, have thrown their hat in the ring for #TeamIronMan. And they have a shiny new, special Iron Man themed Xbox One.

You can check out the gorgeous console below- it’s branded with the Stark Industries logo (which is Tony Stark’s company in the movies), and it has an arc reactor (the portable nuclear fusion reaction) on it too. It’s extremely elaborate, very intricate, and well done too- and only three of these have been made, all of which are being given away through the various social network accounts of Xbox France. So… better learn French, and fast!