A requested feature hits the Xbox One in the future. 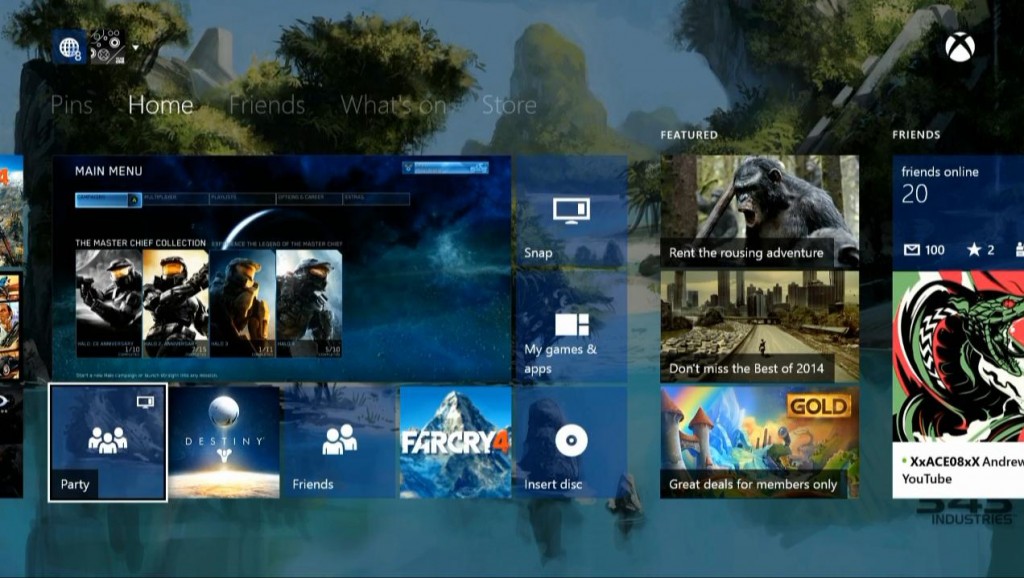 Like the PlayStation 4, the Xbox One has been playing catch up on features that a lot of people would have liked, or expected to have been present since launch. Well thankfully another nice little visual feature is set to be coming to the Xbox One that will finally allow you to see those pretty themes that  you’ve set up.

Sick of splashing up a new theme only to find it being obnoxiously blocked by those great big icon blocks? Well fret not as soon, Microsoft plan to introduce tile transparency giving some much needed opacity to those large and clunky Xbox One icon panels.

Microsoft’s own Major Nelson has seen to it that an image of what you can expect from the transparencies has been distributed so that you can see what’s coming. Given that people have been wanting something like this for a while, amongst other things, it’s always good to see that Microsoft are actively listening to the player base and tweaking systems to fit their wants and needs. So props to Microsoft on this one.