More evidence emerges of a slimmer variant of Microsoft's console.

A slimmer Xbox One console has been rumored for at least as long as the console has been out- the rumors seem to hint at a cheaper, smaller unit that will lack a disc drive and be cheaper. Over the time, those rumors have changed, as Microsoft have hinted at a new hardware strategy for Xbox, having multiple SKUs and variants, and iterative improvements over time.

A while back, some FCC filings indicated that there might be new Xbox hardware on the way- today, more evidence for this has emerged. A leak from the Brazilian government seems to indicate that a new, slimmer Xbox One console may be in the works, with at least some kind of improved wireless technology. Extremely suspicious here is the fact that the NDAs on this new hardware seem to lift on June 25, or right after E3- indicating an announcement of it at E3, which would line up neatly with general common sense.

You can see a leaked image of this new Xbox One hardware below- is it real, or are we looking at something else entirely? It might just turn out to be smoke without fire- remember, a slim Xbox One has been rumored for the longest time now. But just in case this leak is the real deal, then we will know soon enough, once E3 rolls about. 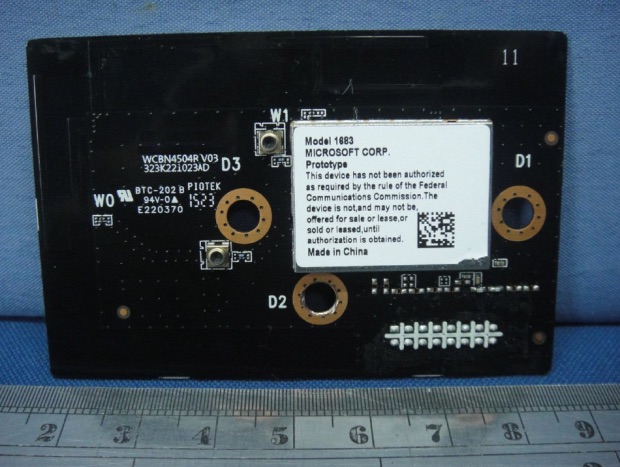