Microsoft recently offered a first look at the updated user interface that they’ll be launching to go along with the looming release of the Xbox Series X, which will also be coming to Xbox One consoles, and now, via a new update shared on Xbox Wire, they’ve provided more details on what players can expect from the updated UI.

For starters, the Guide’s landing page is being further streamlined, with multiple tabs to allow easy access to your recent activities, the My Games and Apps page, and the Dashboard, while bottoms at the bottom of the bar include buttons for access to utilities such as the search function, audio settings, notifications, Xbox Game Pass, and the Xbox Store.

Connectivity and social features are also seeing improvements, with a new notifications inbox that combines all alerts, game invites, and messages into a unified feed, pulled from all your Xbox apps. Meanwhile, individual volume control to party members has been added to the party chat options, while the Activity Feed has also been updated to make it cleaner and easier to read. Check out some of these changes in the screenshots below.

Most of the major changes being made to the UI were also recently highlighted in the Major Nelson podcast. Take a look below- the video’s timestamped, so just hit play.

Microsoft were set to reveal more new details on the Xbox Series X – and allegedly the incessantly leaked Xbox Series S as well – later this month, but reports have suggested that those plans got pushed back into September. 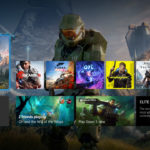 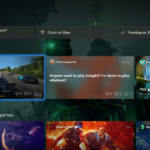 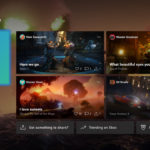 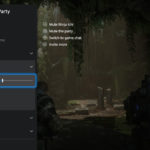 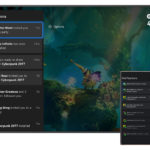 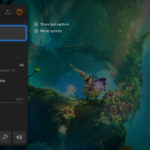