Xbox Series X Pre-Orders Might Be Opening Up Soon

Microsoft might be gearing up to open up the floodgates.

With only a handful of months left between now and the Xbox Series X’s launch later this year, it’s not exactly a stretch to say that Microsoft will be opening up pre-orders for the console sooner rather than later. The exact timeline of that, however, is a bit tricky, especially with the exact release date and price of the console both being big question marks right now.

However, it seems that those details might come into clearer focus soon, and that pre-orders might be opening as well. As brought to light by users over on Reddit, it seems Australian network provider Telstra has been sending messages to those of its customers who registered interest in the Xbox Series X via Xbox All-Access (which allows users to opt for payment plans entailing instalments over a period of upto 24 months) that pre-orders for the console will be going live soon.

Of course, it follows that if pre-orders will become available soon, so, too, will information about the console’s release date and price. And when might we expect that? Well, on the heels of multiple rumours about an upcoming event in August, Xbox boss Phil Spencer recent confirmed that more Xbox Series X news will be shared later this month, so it’s likely that we’ll hear about the price and release date then. At least that’s what recent reports have suggested.

Microsoft have previously said that the console will arrive in November, so at least we have a rough window to work with for now. 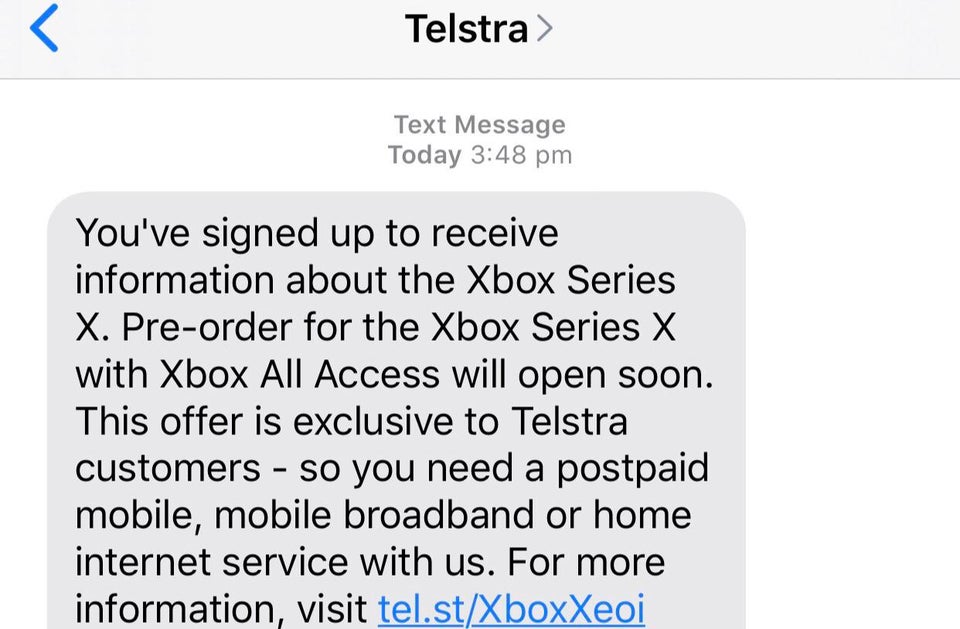