The bottom of the console has also been revealed.

Microsoft offered a smattering of announcements for the Xbox Series X yesterday, confirming the console’s $499 price and launch date. While one may be mixed on the overall look of it, there’s no denying that the retail package art is a thing of beauty. Thanks to Canadian retailer La Source, the package art is now viewable. Check it out below.

The retailer also provided a picture of the console’s bottom. Contrary to belief, it actually has a circular stand instead of a flat surface at the bottom. Which makes sense for airflow, though a lot of the heat will be dissipated in the upward direction thanks to the console’s design. 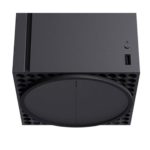 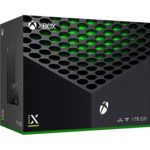