This November we will see the launch of the Xbox Series X, the next generation console from Microsoft. There’s still things we don’t know about it or Sony’s PS5 (most notably, how much it’s going to cost to take one of them home), but one thing we do know is that Microsoft is taking a much more backwards and forwards compatibility approach with the Series X than Sony seems to be with their PS5, and today we got another look at part of that strategy.

We already know that the Xbox Series X will be compatible with all Xbox One controllers, in contrast to the PS5, which will only be compatible with PS4 controllers for backwards compatible PS4 titles. Now, Microsoft has announced that all officially licensed Xbox One accessories will also work for the Xbox Series X. That includes anything that you can connect to the Xbox One through wired or wireless means, though certain items may need a firmware update to function properly.

The company also unveiled a new “Designed for Xbox” initiative that includes 34 major brands making new accessories for the Xbox brand. You can see all those in the image below, and you can read full details on this through here. 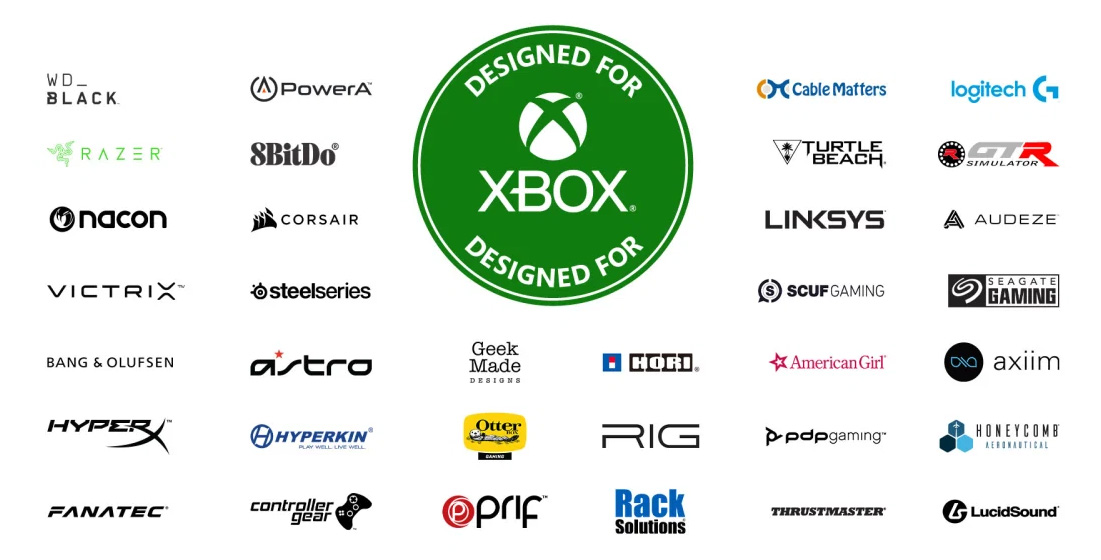