The $30 Expansion Pass will provide access to new Challenge Battles, Heroes and quests, and new Outfits throughout the next year and a half. 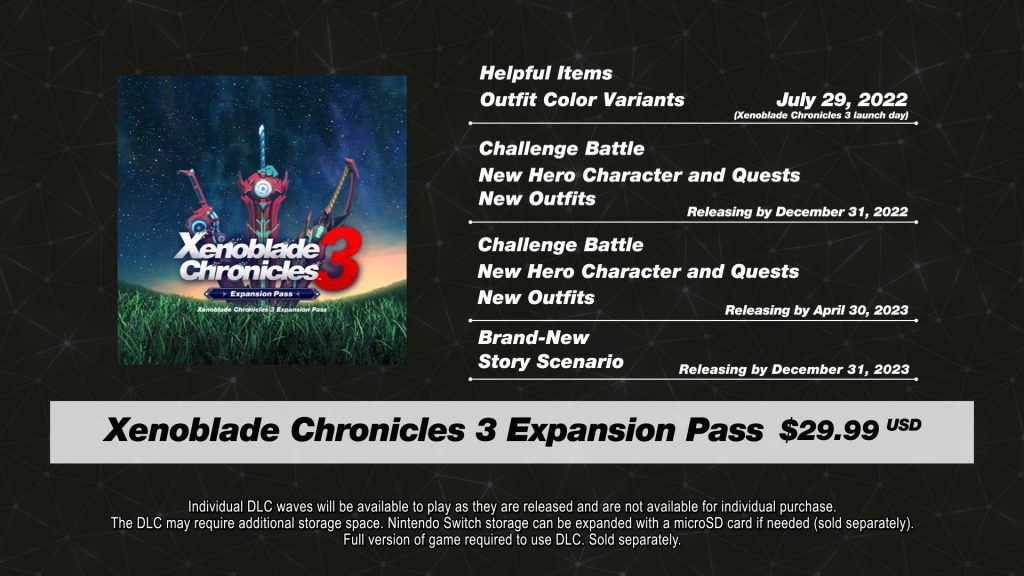 Monolith Soft’s Xenoblade Chronicles 3 releases next month for Nintendo Switch but there’s plenty more to look forward to after launch. At the end of its recent Direct, a $30 Expansion Pass was announced. It includes four main DLC drops with the first – “helpful” items and Outfit Color Variants – available on launch day.

The second arrives on December 31st and adds a Challenge Battle, a new Hero Character and quests (more details on Heroes here), and new Outfits. The third DLC is out on April 30th 2023 and includes another Challenge Battle, new Hero Character and quests, and new Outfits. On December 31st 2023, a brand new story scenario will release.

You can’t purchase DLC separately – you’ll need to buy the Expansion Pass for all of them. In addition, those with a Shulk amiibo can use it to change the appearance of Noah’s sword to the Monado. Xenoblade Chronicles 3 is out on July 29th for Switch so stay tuned for more details in the coming weeks.