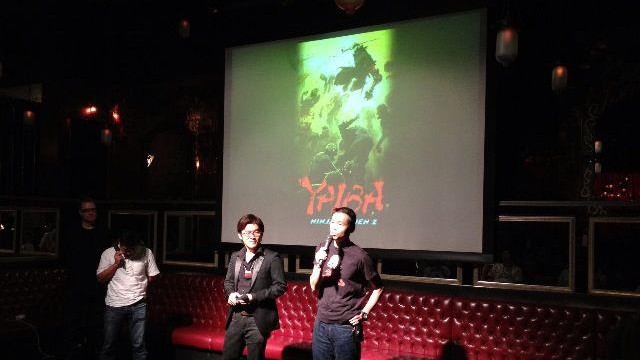 Can miracles happen? Apparently so. Keiji Inafune’s Yaiba, which was announced with relatively no details attached to it, save a teaser trailer that showed the game’s mechanised, zombie murdering, ninja mayhem. Coming from the creator of Resident Evil, we were stoked to say the least.

While Team Ninja hasn’t been hitting all the right notes on the action platforming front – Ninja Gaiden 3 was nothing short of a disaster – under Inafune’s guidance, they should be able to pull through as Yaiba was officially revealed the Tokyo Game Show 2012 as “Yaiba: Ninja Gaiden Z”.

What more could be said? As of now, the connection between the titles is unknown though we’re guessing this could be a bizzare, trippy spin-off. But there’s no denying the pedigree on hand here. How Team Ninja and Inafune ultimately deliver remains to be seen though. At least it looks far more interesting and fun than Resident Evil 6 (zing!).