The newest Yakuza title finally receives a release date in the West.

Just before the launch of Yakuza Kiwami, Sega’s Yakuza 6: The Song of Life has finally received a Western release date. The action adventure title will arrive in North America and Europe on March 20th 2018 exclusively for the PS4. Check out the newest trailer below which features combat and more than a few cats. Like seriously, where did all these cats come from?

Sega has unveiled the After Hours Premium Edition of the game which includes two coasters, two glasses, two ice stones and the game itself in a collectible outer box. It will retail for $90/£80. Those seeking the standard version can pay $60/£50 and both pre-orders and launch versions of the game will include a hardcover art book for free.

Yakuza 6: The Song of Life has been available for PS4 in Japan since December 2016 and it’s been a while coming. In the meantime, Sega has release Yakuza 0 in the West with Yakuza Kiwami set to arrive on August 29th. 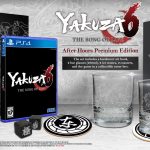 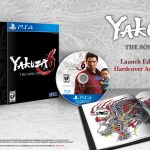