Give your PS4 some Yakuza swag.

Yakuza 0 released earlier this year, helping the long running series break out of its mostly obscure niche just a little bit. It helped that Yakuza 0 was a prequel to all the other games in the franchise, which means that it manages to sidestep all the continuity problems that a long running series like this one can often present to new players.

But of course, if you’re a new convert after Yakuza 0, and want to play more games in the series, the continuity issues are still going to present themselves to you- which is why Sega has the perfect solution to the problem. Yakuza Kiwami will be launching later this year for the PS4, and it’s the perfect place for new fans of the series to invest in more games. You see, Yakuza Kiwami is a remake of the original game in the series- which means chronologically, its story follows right after Yakuza 0.

And now Sega is giving you a good incentive to pre-order the game on PSN, too- if you do, you get these super awesome and badass themes for your PS4- you can check them out for yourself below. Yakuza Kiwami launches exclusively on PS4 come August 29. 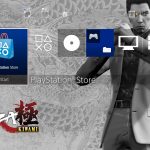 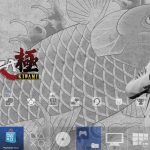