Valve is rightfully known as one of the very best developers in the medium of video games. While the Washington-based studio has long shifted its focus from game development to Steam, Valve’s legacy of genre-defining hits is still one that many studios aspire to achieve to this day. From the groundbreaking gameplay of Half-Life to the team-based multiplayer madness of Team Fortress to the twisting world of Portal, Valve has more than a few games that are considered among the best games of all time.

While many developers would continue to iterate upon the ideas and formulas of Valve’s games to this day, Portal remains a game that is simply put, an experience that you just cannot get elsewhere. Released all the way back in 2007 as a part of Valve’s Orange Box collection, Portal remains a game that has aged rather well. Now that it’s been almost 15 years since the release of this classic, we are taking a look back at this one hell of a puzzler and find out why it hasn’t aged one bit in all these years. 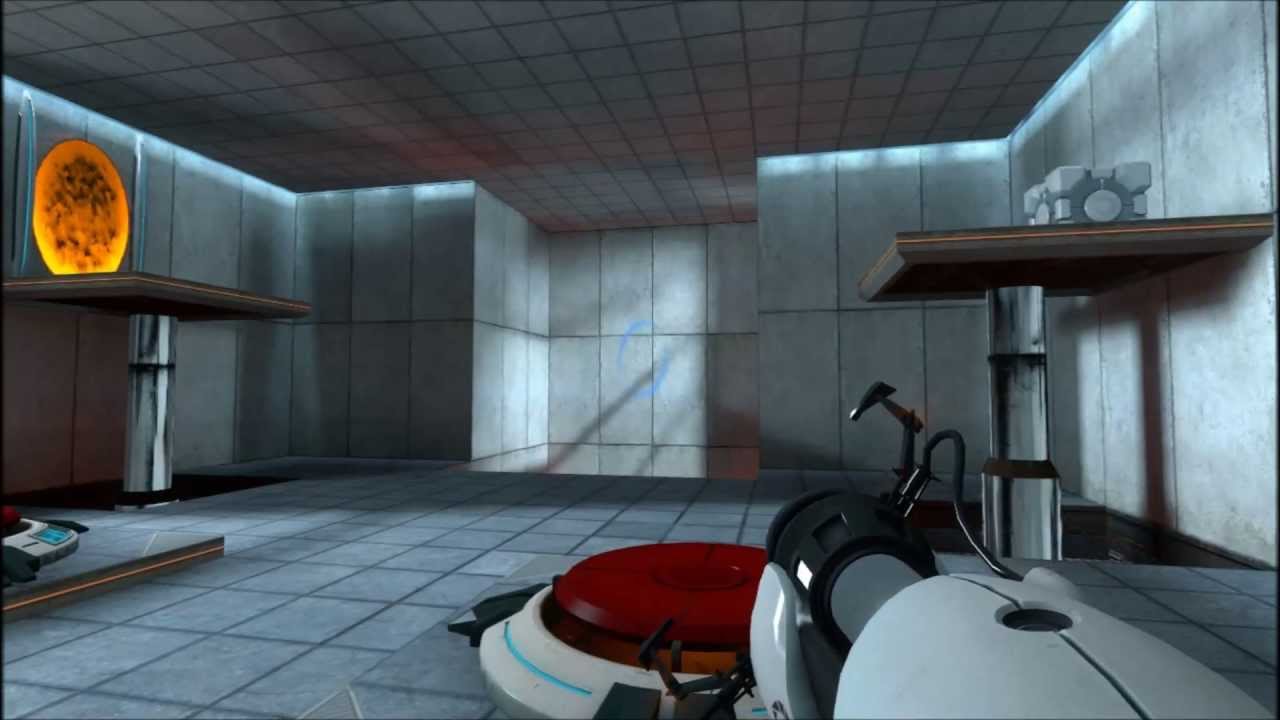 The story of Portal‘s development is an interesting one. Most fans might not know this but Portal is actually a spiritual successor to a free-to-play game by the name Narbacular Drop, developed by a team of students at the DigiPen Institute of Technology. Narbacular Drop was an early concept for a game that allowed players to solve puzzles by traveling through portals. Impressed by the concept, CEO Gabe Newell hired the students at Valve to further develop the concept and morph it into a full game. Portal was developed by a small team of only 10 people. Suffice to say, Valve didn’t expect the game to have any massive appeal – although they would later be proven wrong with countless accolades for the final product and over 4 million copies sold.

Portal sees players taking the role of Chell as she wakes up from a slumber to the voice of artificial intelligence by the name of GLaDOS – who takes you through the basics of movement and the mechanics of the Portal Gun. GLaDOS then reveals to Chell that it will be taking her through a series of puzzle chambers, and upon completion of these chambers – she will be rewarded with a cake. The very minimalist amount of story sets the perfect tone for a gameplay-driven experience, but Portal does a masterful job at enriching the player’s understanding of the only two characters in the game – such as how Chell is most likely an orphan with no friends and what GLaDOS’ real intentions are. You really feel that your understanding of these ominous surroundings has increased, which reflects your familiarity with the game’s mechanics. 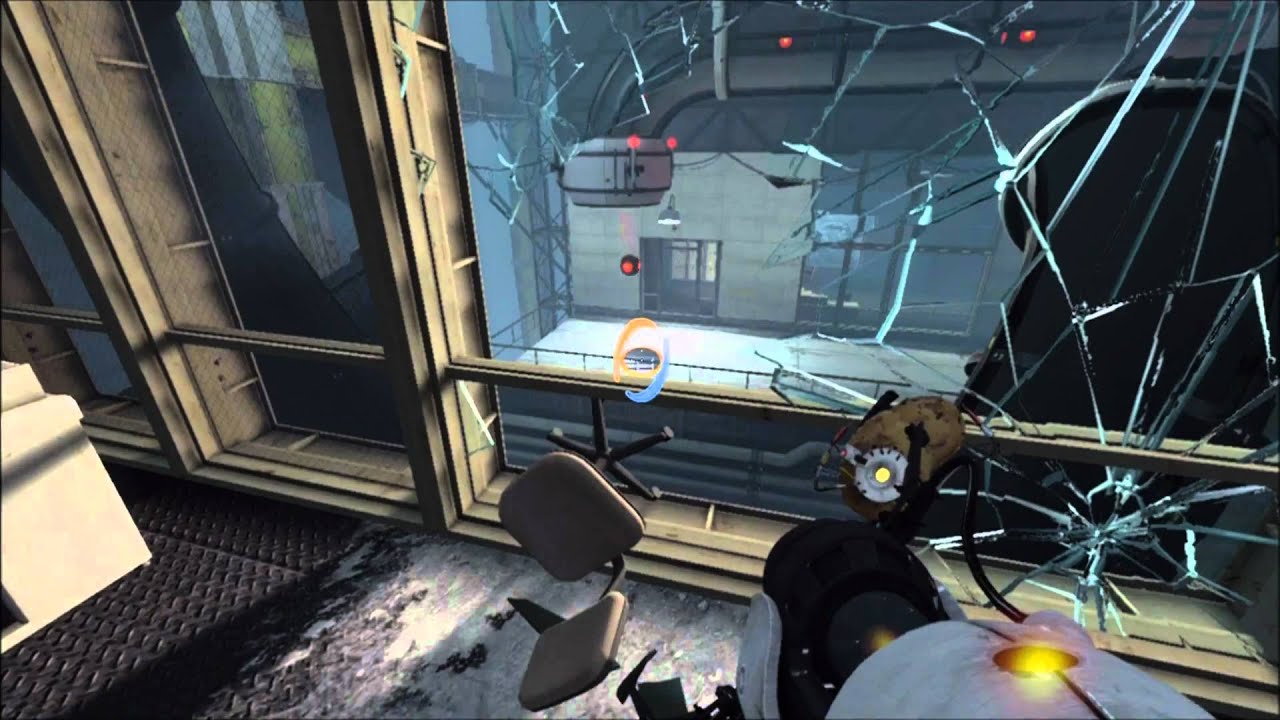 Valve is known for delivering excellent narratives, and suffice to say – the writers bought their A-game to the field when it comes to Portal. GLaDOS remains a treat to witness throughout the course of this adventure, thanks to a signature dark sense of humor that remains tonally consistent through and through. The fantastic voice acting by Ellen McLain is also equally responsible for how the character of GLaDOS eventually turned out.

(Fun fact: Portal and Half-Life share the same universe, and this decision was made by Valve to allow the team to use the same assets as Half-Life 2 to save up on development resources.)

Now coming to the gameplay, the entire game is based around the use of Portal Gun. Players have to use the gun to create portals through different surfaces. You can create portals across most surfaces – except the likes of glass and select special surfaces. Most objects such as cubes, turrets, and Chell herself can pass through these portals and the objects will retain the same speed and direction as when they were when they entered the portal. So, if you fall down into a portal, you will be sent flying across the level when you come out of the other side. It’s a unique mechanic that while simplistic in scope, retains great depth and has high functionality – which all culminate to create a timeless appeal.

This basic mechanic forms the bread and butter of Portal‘s gameplay. Valve did an excellent job at nailing the puzzle design of the game, and the game gradually ramps up in difficulty with each passing chamber. You start by creating portals through gaps, followed by knocking down turrets by clever use of cubes, followed by building momentum and flying around levels to jump off massive gaps. Valve really nailed the progression aspect of the puzzle design, and as a result- most players wouldn’t be left scratching their heads as to what to do in order to progress. That said, the game can still prove to be a bit challenging for those not used to puzzle games. Once players are through these test chambers, it all culminates in a final showdown against GLaDOS – which is an epic boss fight that fans will remember well after the credits have rolled.

One of the biggest criticisms of Portal is its short length. Most players would take just a couple of hours to get through the entirety of the game on their first run, and those who know the solution to puzzles can easily speed through the game in less than an hour. Sure, Portal is a short game – but I would consider that to be one of its biggest strengths than a criticism. With so many modern AAA releases taking hundreds of hours to complete, Portal is a strong reminder that quality is more important than quantity. Each of Portal’s test chambers is unique in one way or the other, and the game constantly keeps throwing new things at the player. Once the credits roll, you get this thirst of wanting more out of the experience – rather than the feeling of exhaustion and fatigue that many of us get when we tick off a massive checklist of chores in modern open-world games.

Even 15 years later, Portal’s mechanics remain as fresh as ever. Hell, even the graphics have aged rather well when compared to many other games of the time. Add the tonally consistent and witty writing into the mix, and Portal is a game that – even after being more than a decade old – is so much better than many games on the market. It’s honestly fascinating that with the exception of a handful of titles such as the likes of Splitgate, not many developers have tried to replicate the mechanics of Portal to create experiences that are reminiscent of Valve’s classic puzzler. Countless fans have been craving for a third game, and while there hasn’t been any shortage of rumors and speculation over the years – it seems highly unlikely that a potential Portal 3 will be coming out. Until then, I guess we will just keep replaying the thrill ride through Aperture Science Facility that is Portal.