Zone of the Enders HD Collection Releasing on October 30th

Get ready to gear up for epic mecha battles with this remastered release. 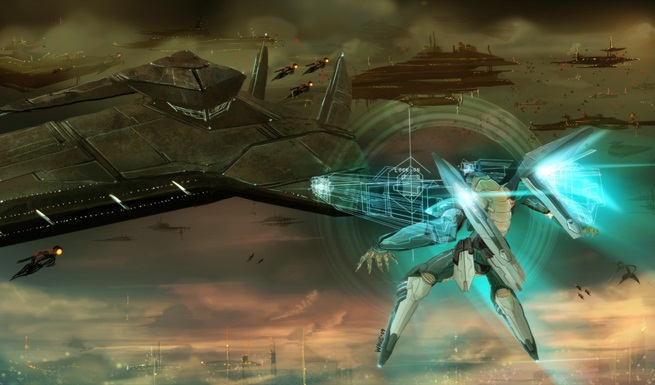 Konami has finally revealed the launch date for Zone of the Enders HD Collection. It’ll be arrived on October 30 for the Playstation 3 and XBox 360. And in a move that harkens back to the first Zone of the Enders, Konami will include a demo for Platinum Games’ Metal Gear Rising: Revengeance. This will mark the first opportunity players will have to experience the gameplay of the hotly anticipated action title.

And play two classic mecha action titles, fully remastered in HD, but you know, priorities and all that.

For those unaware, Zone of the Enders follows giant Orbital Frames in a futuristic universe where humanity really doesn’t get along. The Orbital Frame Jehuty is common to both games, along with the snazzy animated cutscenes. Speaking of which, animation house Sunrise, has included a brand new opening animation and handled all the up-resing for the original animations.

Now shut up and give Kojima your money.