10 Things We Want To See In Starfield

Here’s what we want in Bethesda’s next big RPG.

Posted By Shubhankar Parijat | On 07th, Dec. 2020 Under Article, Feature

Bethesda Game Studios’ space opera open world RPG Starfield – their first new IP in many years – was leaked long before it was officially announced, which means this is a game we’ve been hearing about and looking forward to for a while now. Given Bethesda’s excellent track record with RPGs (barring some recent stumbles), it stands to reason that it’s also a game that many are more than a little excited about.

We don’t know much about Starfield yet, but as is the case with any major upcoming release, we all have our own wishes and expectations for what we want to see in the game when it releases. In this feature, that’s what we’ll be talking about.

Seamless open world games have become an industry standard over the course of the last console generation, to the extent that even wishing for an open world game to have a seamless map seems kind of pointless. Bethesda, however, seem to be stuck in the past in this particular area. Even in their more recent games like Fallout 4 and Fallout 76, exiting and entering buildings or certain towns and cities would take players out of the map and into a loading screen, and that sort of transitioning seems more out of place than ever in contemporary open world games. Bethesda have claimed that their engine has received its biggest ever overhaul for Starfield’s development, so hopefully, that will lead to a seamless open world- or at multiple seamless maps that will cut down on load times within themselves, even if the game needs to load while jumping to and from said maps.

Given its sci-fi space opera setting, there are certain things that people are not only expecting from Starfield, but pretty much taking for granted. To be more specific, multiple explorable planets scattered across a large galaxy is something that you’d expect a space opera game to have, and that stands true for Starfield as well. Of course, we’ve had games such as the original Mass Effect and Mass Effect: Andromeda that have allowed players to travel to several large and explorable open world planets, but hopefully, Starfield will do that better than those two. Crafting immersive and dynamic open worlds is something Bethesda specializes in, and our hope is that they will be able to do that on a larger scale than ever in their next game- so that the multiple planets in Starfield are not only large and interesting, but also varied and meaningfully differentiated from each other. 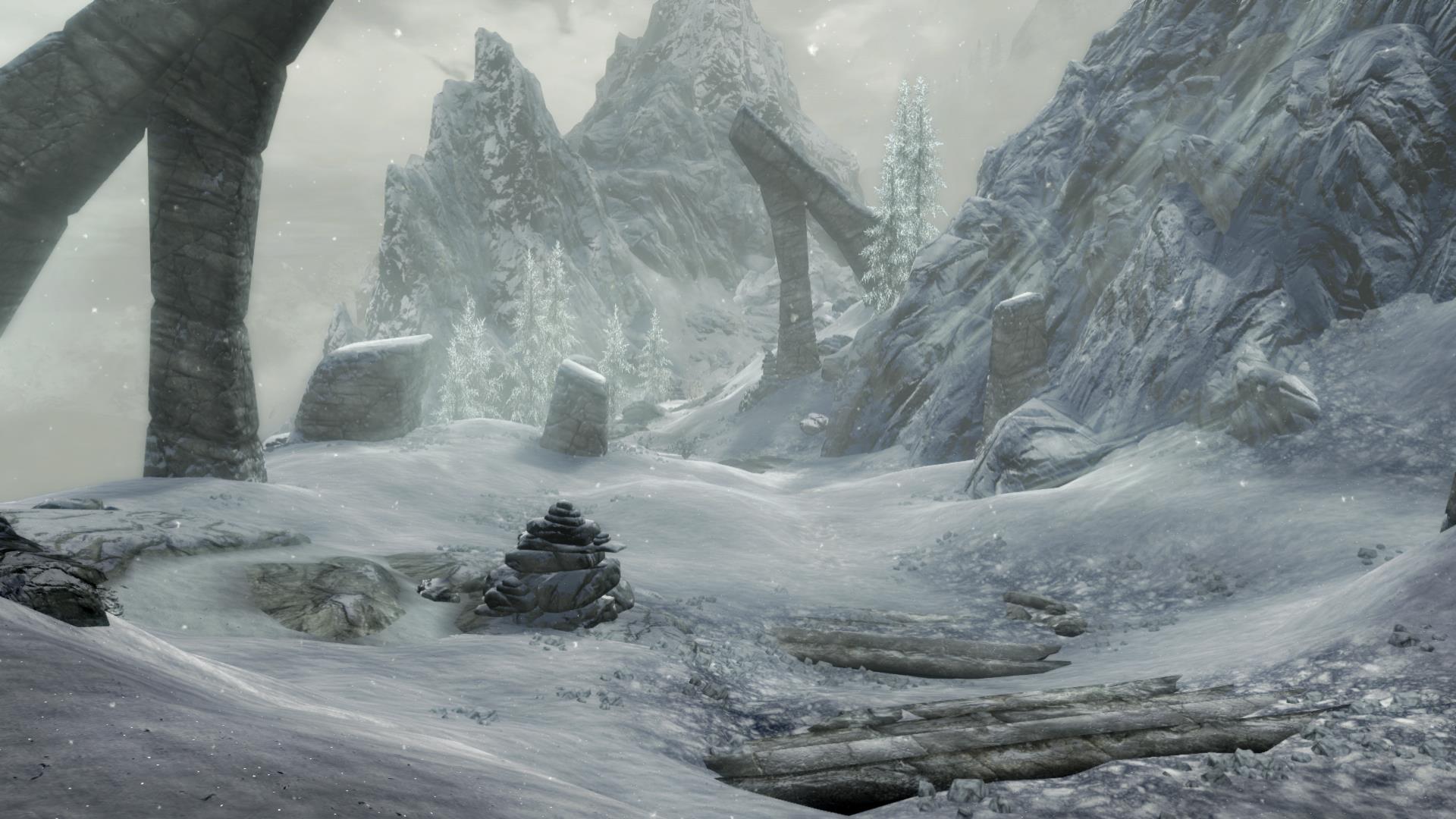 More and more, open world games have started relying on emergent and systems-driven gameplay loops. While that’s not something that’s necessarily a new thing in open worlds, it has become much more common of late. Bethesda, of course, has been doing this for a long time, and it’s expected that Starfield will continue in that vein. So what exactly are we hoping for in this area? Well, improvements, more than anything else. The systemic worlds of Skyrim and Oblivion were staggering achievements for their times, but as Fallout 4 and Fallout 76 have shown us, that stuff just isn’t quite as impressive in a world where deeply emergent games such as Breath of the Wild and Metal Gear Solid 5 exist. Bethesda need to emphasize that systems-driven approach the way they always has, but they also need to up the ante and take it to heights they haven’t touched before. 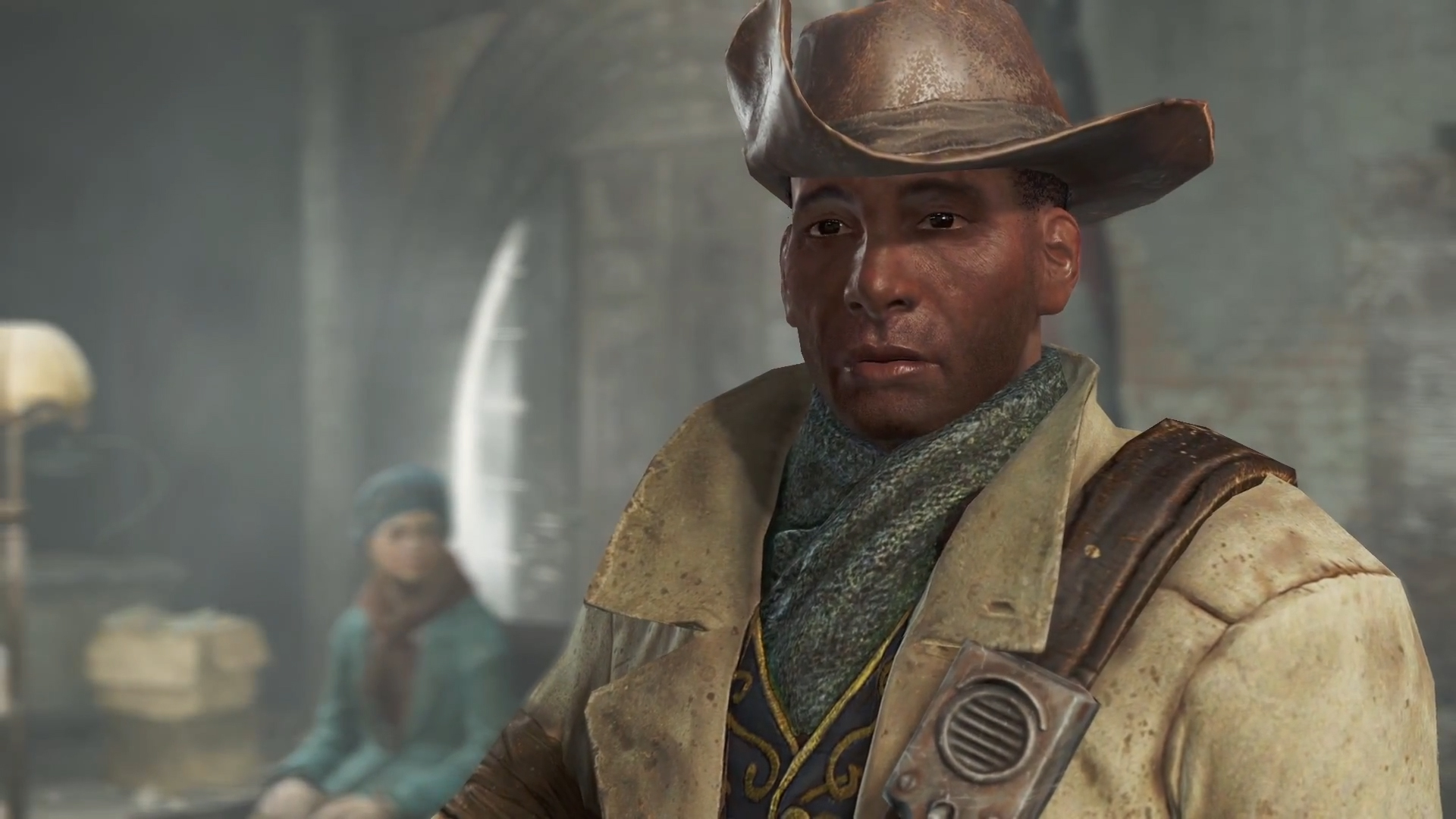 As far as storytelling is concerned, Bethesda’s RPGs always suffer from strange inconsistencies. While they are masters of building expansive, incredibly immersive worlds full of rich lore and history, when it comes to actual plot and active storytelling, their work is far less impressive. Fallout 4 suffered from this issue- hell, even Skyrim, which is one of their best games ever, suffered from this issue. What Starfield needs, then, is to have a better, more engaging story- but more importantly, it needs to tell it well. Bethesda’s janky style of storytelling needs to improve. It needs better animations, better voice acting, better production values, more cinematic cutscenes- that sort of thing. 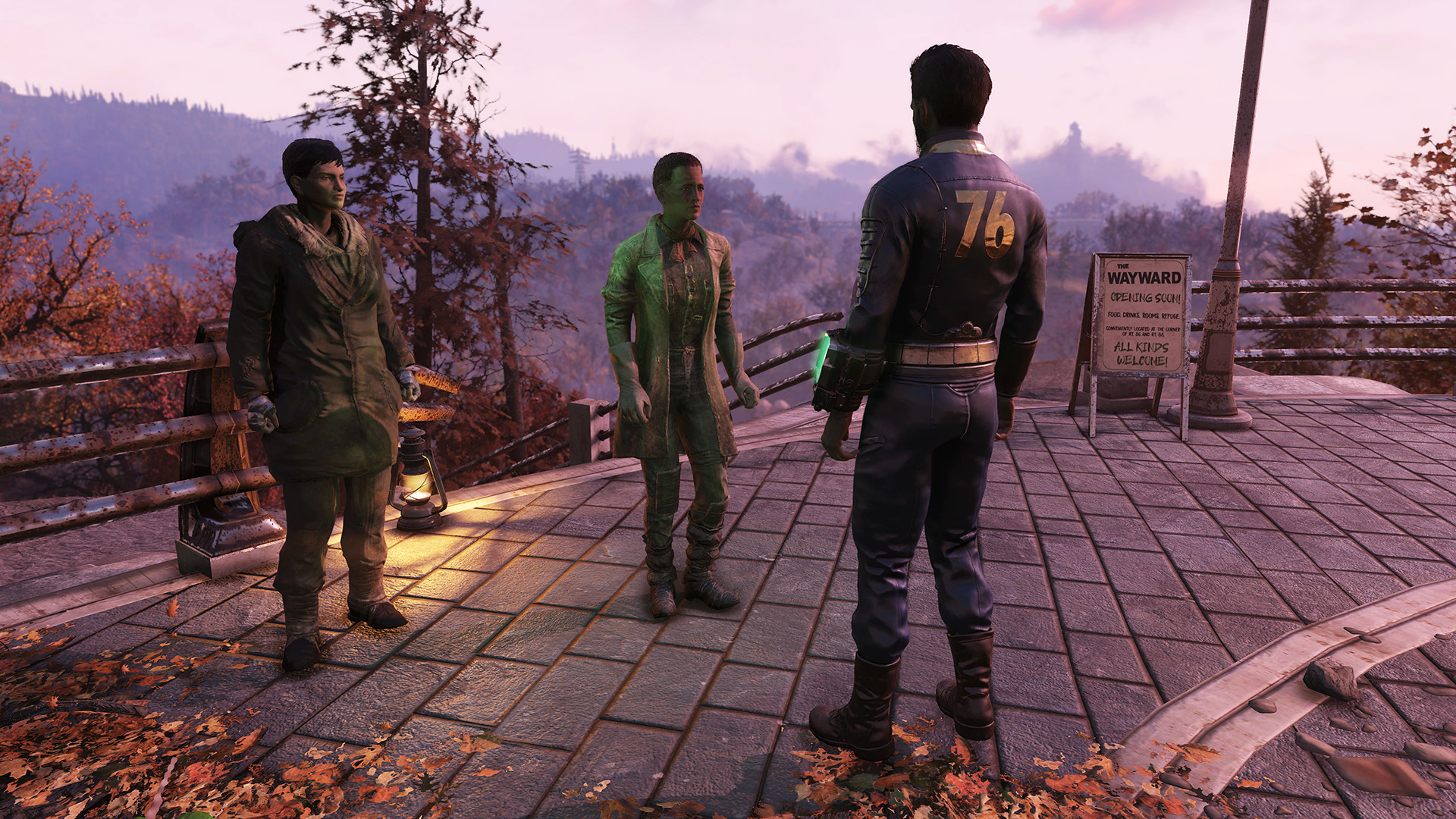 You knew this was coming. It’s impossible to talk about the things we want to see in a future Bethesda game and not bring up the technical side of things. It seems like Bethesda’s games have suffered from technical jank and issues for as long as they’ve been around, and though such issues were excusable in games like Oblivion and Skyrim, that sort of stuff just doesn’t fly anymore. The likes of Red Dead Redemption 2, Horizon Zero Dawn, and The Legend of Zelda: Breath of the Wild have shown us that it’s entirely possible for games to be massive and still be extremely polished. Bethesda need to play catch up here, and they’ve got a lot of ground to cover. The litany of technical issues in Fallout 76 was its undoing (well, partly, at least), and Starfield needs to be in a much more polished state even when it launches.

A RETURN TO MORE EMPHASIS ON RPG MECHANICS

As one of the biggest and most prominent developers of hardcore RPGs, Bethesda always have to live up to lofty expectations as far as the core role playing mechanics of their games are concerned, but lately, it seems like they’ve been falling short of those expectations. Most notably, though they had been trying to streamline their experiences more and more with each new game, with Fallout 4, it seemed like they went a bit too far. Choice and consequence mechanics lacked the sort of depth you expect from games in the genre, dialogue choices were painfully limited, progression elements had been stripped down a bit too much, and other misguided attempts at making the game leaner and meaner resulted in what was, by and large, a disappointing role playing experience. With Starfield, Bethesda need to go back to doing what they do best- creating deep, mechanically dense role playing games. They do still need to appeal to a larger market, so we doubt they’ll ever do something like, say, Morrowind ever again, but they could at least go back to the level of Skyrim.

This is an issue that Bethesda’s games have had for a long time. Hell, combat in its entirety tends to be problematic in BGS games, but melee combat in particular is usually far from satisfactory, in both Fallout and The Elder Scrolls. Given Starfield’s nature as a space-faring sci-fi game, it’s likely that melee combat won’t be as much of a focus. Then again, we could always get weapons like laser swords or giant energy hammers- and if that does turn out to be the case, those weapons need to be actually fun to use, which would require a major reworking of how Bethesda usually handles melee combat.

Oh, and speaking of laser swords and energy hammers… 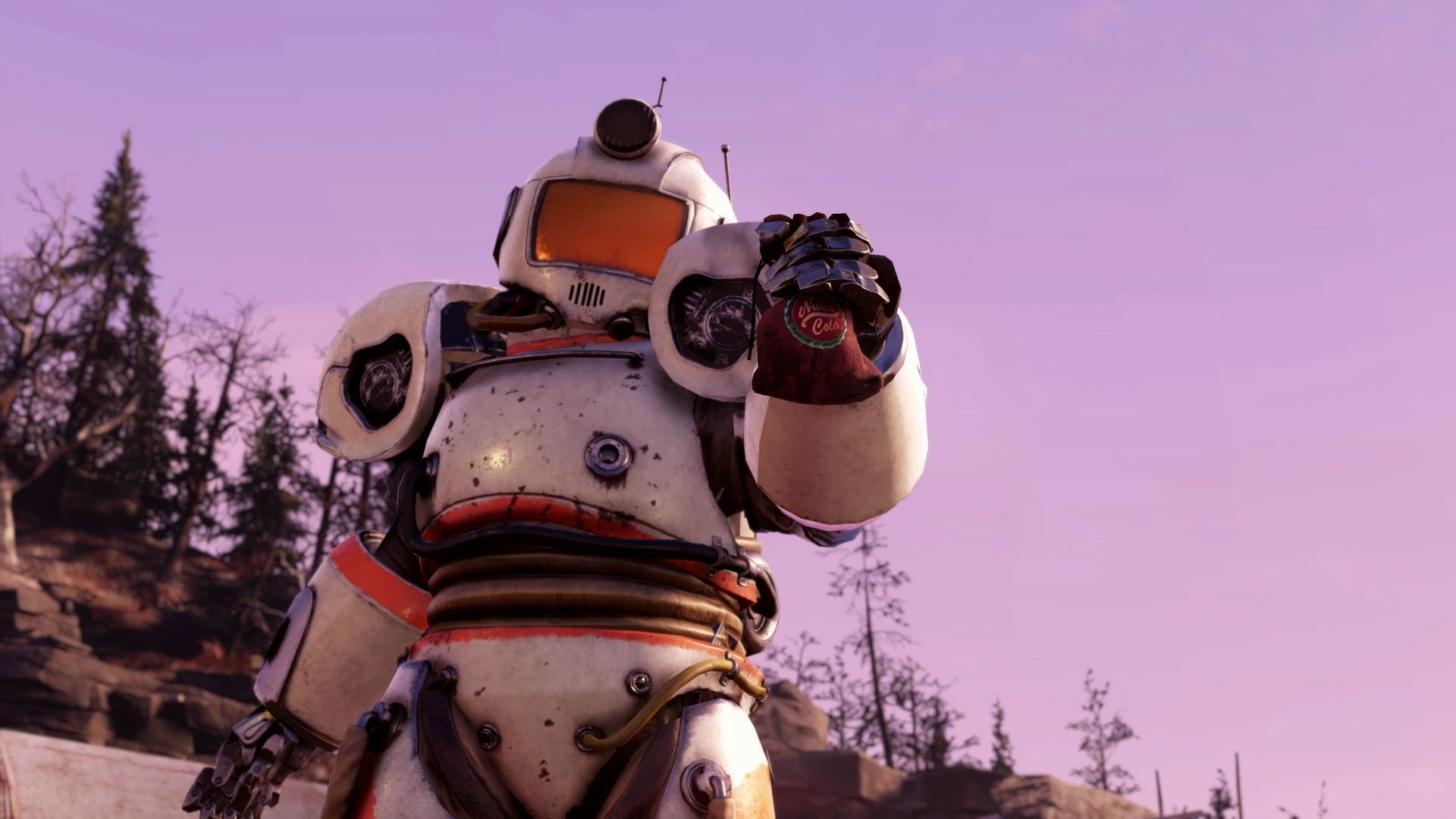 There’s several reasons to be excited about Starfield’s sci-fi setting – and we’ve spoken about a few of them here already – but one that might potentially impact gameplay in a very direct way is the kind of weapons that setting could pave the way for. Starfield is going to take place in the far future, where interstellar travel is possible, even common, and technology has reached new heights. Often, even in spite of being set against similar backdrops, games tend to take the easy, boring route with weaponry. With Starfield, things will hopefully be different. Having your regular military weapons – your assault rifles, machine guns, semi-automatics, shotguns, and what have you – is fine, but we want more on top of that. We want unique, far-flung weapons that offer something different and bring exciting new things to the table, that truly leverage the game’s futuristic setting. Perhaps we could even have weapons in our arsenal that are built completely on alien technology- that certainly sounds like something a Bethesda RPG would do.

Given all the interstellar travel we’ll most likely be doing in Starfield, it’s sort of a given that you’ll also have your very own spaceship at your disposal. And though it’s entirely likely that that’s not something the game will put much focus on, we certainly hope that’s not the case. Having your own ship that you can upgrade, customize, and expand over the course of the game is something that would add greatly to the experience, and would feel right at home in an RPG, especially one made by Bethesda.

Given Bethesda’s history, this one is almost guaranteed to happen. It’s more of an expectation than a wish, really. You can pick up any Fallout or The Elder Scrolls game made by BGS, and you’ll find a world that is populated by tons of factions with their own unique stories, characters, questlines, and goals. That the same will be true in Starfield isn’t something we have any doubts about. Our hope is that how you align yourself (or don’t align yourself) with these factions and how their stories play out depending on the choices you make will end up having a tangible, permanent effect on the game’s world, and even on the main story. Side quests having a great impact on the main story is something that RPGs have been doing more and more of as time has gone on, and using its factions as the engine to drive to kind of choice and consequence loop would make a lot of sense for Starfield.