12 Characters We Would Like To See As DLC In Super Smash Bros. Ultimate

Everyone isn't here- not yet.

There is no video game series quite like Super Smash Bros- this is where dreams come true, where everything is possible, where we can see (and be part of) Link, Mega Man, and Cloud Strife going head-to-head against each other Shadow Moses- and that’s not even the weirdest combination we can think of. And no game in the series represents that magic better than Super Smash Bros Ultimate.

Its craziness was already off the charts when it launched, thanks to a roster featuring every single fighter the series has ever had, but the game’s only gotten crazier and crazier since then, adding some excellent characters to it massive roster as DLC, and expanding the scope of how many franchises it represents even further.

With the Fighters Pass wrapping up, Nintendo and Masahiro Sakurai are now turning their attention to year 2 of the game, which will bring 6 more DLC characters- and like every person alive on this planet, we have hopes and expectations of the characters we’d like to see added to the game. And here, we’ll be listing a few characters in our own wishlist.

It goes without saying, but this is a wishlist based on- well, our wishes. These aren’t predictions or speculations, and we know that most of these probably won’t come true (at least half definitely won’t, obviously). That said, we’ve still tried to keep the list limited to characters that have at least a slight chance of coming to the game.

With all that said, let’s get started.

There were many who thought Dante from Devil May Cry would be the final fighter of the current expansion pass, but sadly that turned out not to be the case. That said, the demon-hunter is just as likely to be added to Smash as he was before, for multiple reasons. For starters, Capcom has plenty of representation in Smash, so we know they’re not averse to that idea, while the Switch itself has also recently seen the release of multiple DMC games. Dante himself – with his blend of melee and ranged combat styles – would be a pretty good fit for Smash as well.

It’s surprising that Resident Evil – one of the biggest Japanese franchises in the industry, and a series that has long been a friend of Nintendo – doesn’t have a single character in Smash Bros so far. There are so many characters from RE that can potentially join the fight, but personally, we’re hoping it’ll be Leon who makes the jump. Of course, he will probably have to based on RE4 and what followed it instead of the more grounded RE2, just so he can have an interesting moveset as a fighter, but given RE4’s close association with Nintendo, that doesn’t seem like much of a stretch. 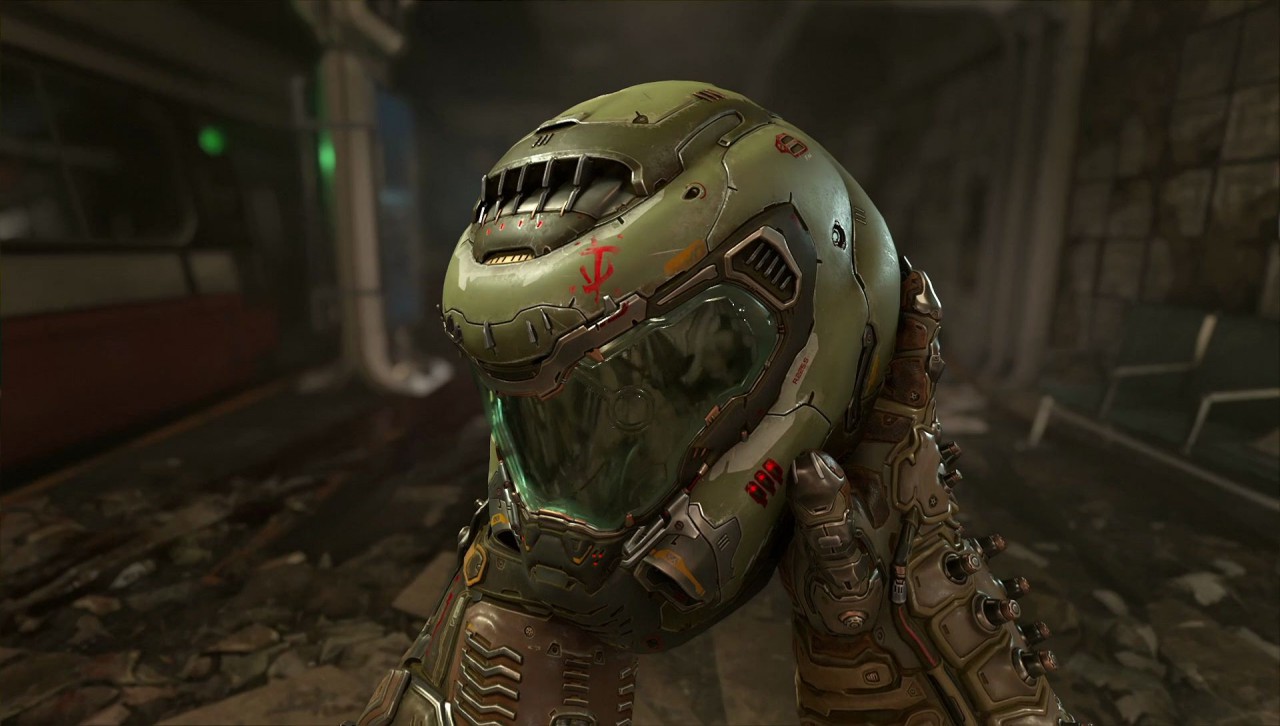 Bethesda have become great friends with Nintendo ever since Switch launched, and it’s hard to think of a third party that has supported the system as well. DOOM, one of their biggest franchises, has had a pretty healthy presence on the system as well, while talks of seeing the Doom Slayer (or Doomguy) in Smash have been quite common as well. So far, all it’s amounted to is speculation, while the series’ lack of representation of western third parties has also historically been a bit lacking. But seeing the Doom Slayer duking it out with other characters in the Smash Ultimate lineup is a dream we’re hoping will eventually come true. 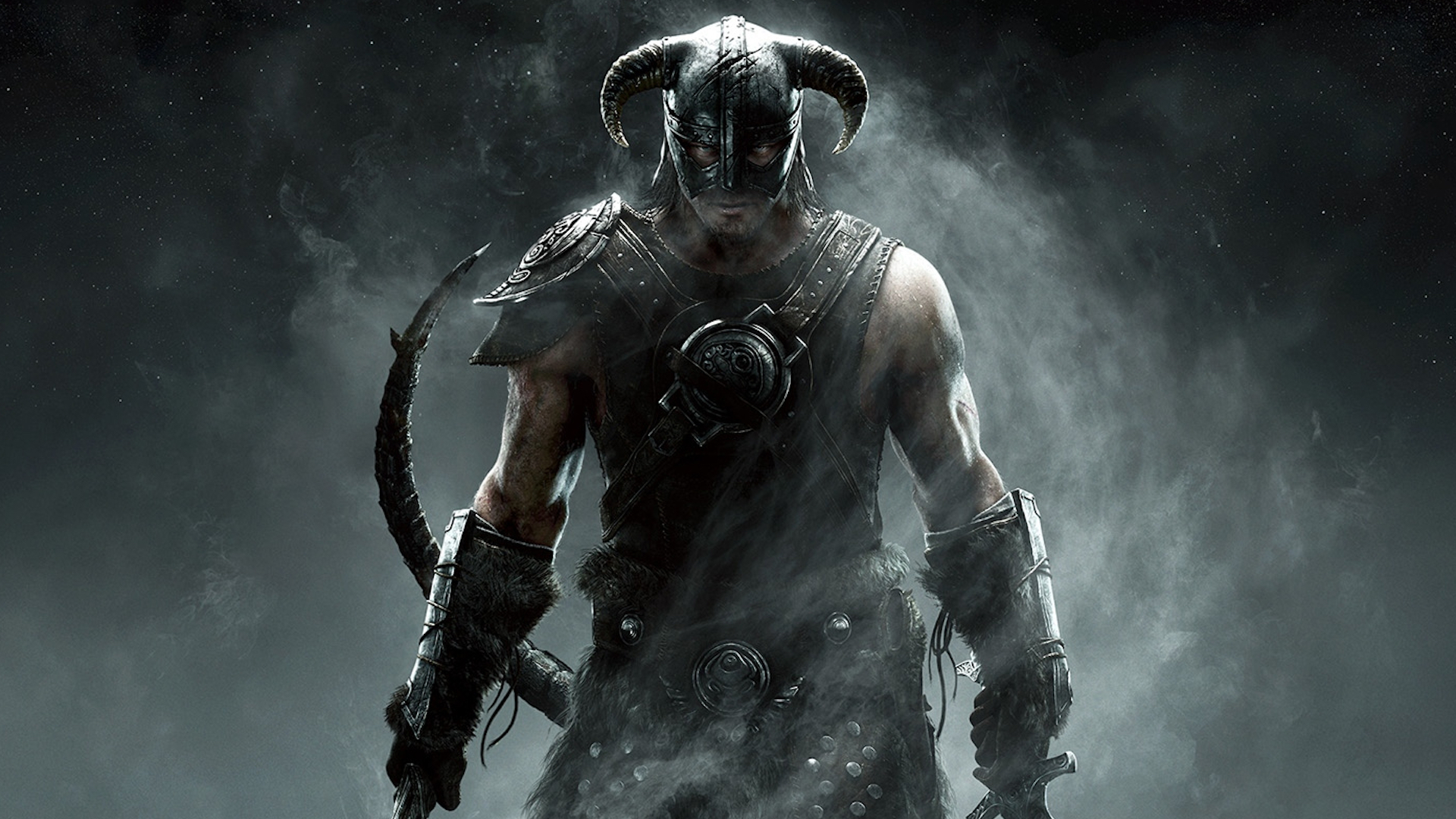 Speaking of Bethesda and their support for the Switch, it’s hard to think of a bigger Bethesda game on the Switch than The Elder Scrolls V: Skyrim– and if Nintendo were indeed to approach the publisher to have one of their characters in Smash, the Dragonborn – or the Dovahkiin – would be very close to the top of their wishlist (or our wishlist, at any rate). Sure, there’s plenty of melee characters in Smash as it is, but with his/her mastery of several weapon types, offensive and defensive magical moves, the iconic Shouts, and so much more, the Dragonborn would fit in very nicely with the Smash crowd.

GERALT OF RIVIA (THE WITCHER)

A few months ago, if ever we were to make lists of games that would never, ever come to the Switch, The Witcher 3:Wild Hunt would certainly have been at (or very close to) the top. And yet, CD Projekt RED and port devs Saber Interactive managed to do the impossible- The Witche 3 is on the Switch, and it’s a better port than most had expected. And so, the dream of seeing the Butcher of Blaviken in Smash doesn’t seem so far-fetched anymore. We also know now that Geralt and his moveset are very well suited to fighting games, having played as him in Soul Calibur 6. Is Geralt in Smash still unlikely? Well, yes- but that’s the beauty of Smash. “Unlikely” means very little when things really kick into gear.

ORI (ORI AND THE BLIND FOREST) 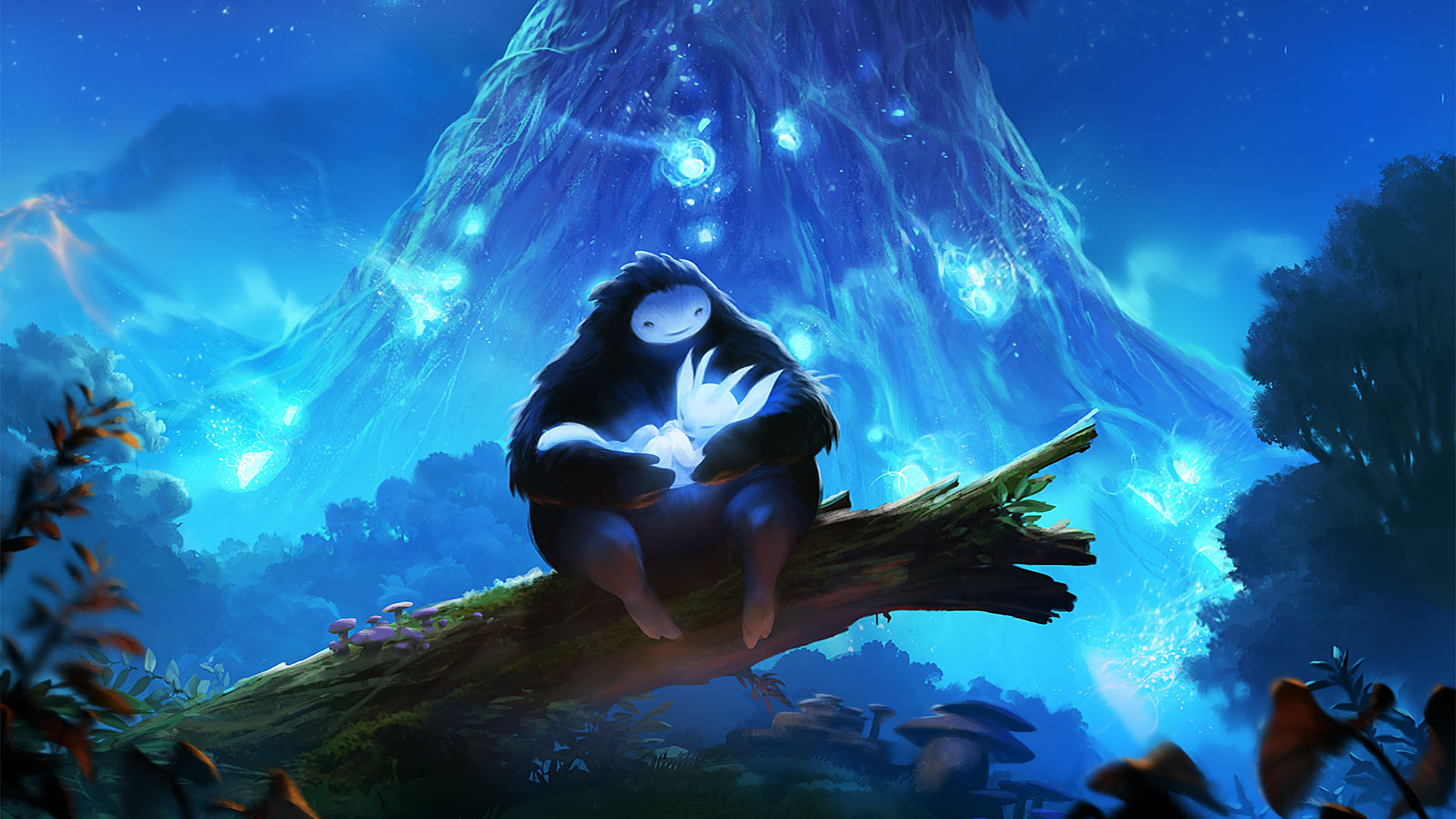 The Witcher 3 wasn’t the only major third party title released for the Switch last year that we would have thought impossible not too long ago. Microsoft and Moon Studios also brought their vibrant, beautiful, and moving metroidvania platformer Ori and the Blind Forest to the Switch- and of course, now we want Ori in Smash. Given the franchise’s tendencies to delegate indie icons to things such as Spirits or Assists or what have you rather than proper fighters, we’re not confident that this will be possible, but one can always hope.

Oh, and speaking of indie icons…

There’s no doubt that Hollow Knight is one of the best games we’ve played in many, many years – perhaps even ever – and to say that the Switch has been largely responsible for the game’s success – in spite of it having launched for Windows and Mac a year earlier – wouldn’t be an exaggeration in the slightest. It’s hard to think of a person who’s played the metroidvania masterpiece who wouldn’t want to see the eponymous bug knight in Smash, and the chance to see him, his moves, the game’s music, and its environments recreated in the fighter really would be something. Once again, Hollow Knight’s status as an indie game might mean that Nintendo would be less open to adding in the character to Smash as a proper fighter, but let’s just hope that this is one of those surprisingly common instances where Smash does things no one would expect.

This is the unlikeliest of this entire lot of characters. Sure, Microsoft and Nintendo have become fast friends in recent years, as evidenced by the likes of Cuphead and Ori, but Halo is Microsoft’s Holy Grail. It’s their big boy, their be-all-and-end-all when it comes to the games industry, their most powerful brand. It’s not that Master Chief coming to Smash is a impossibility – there is a very, very small chance that it ends up happening – but it is an improbability. 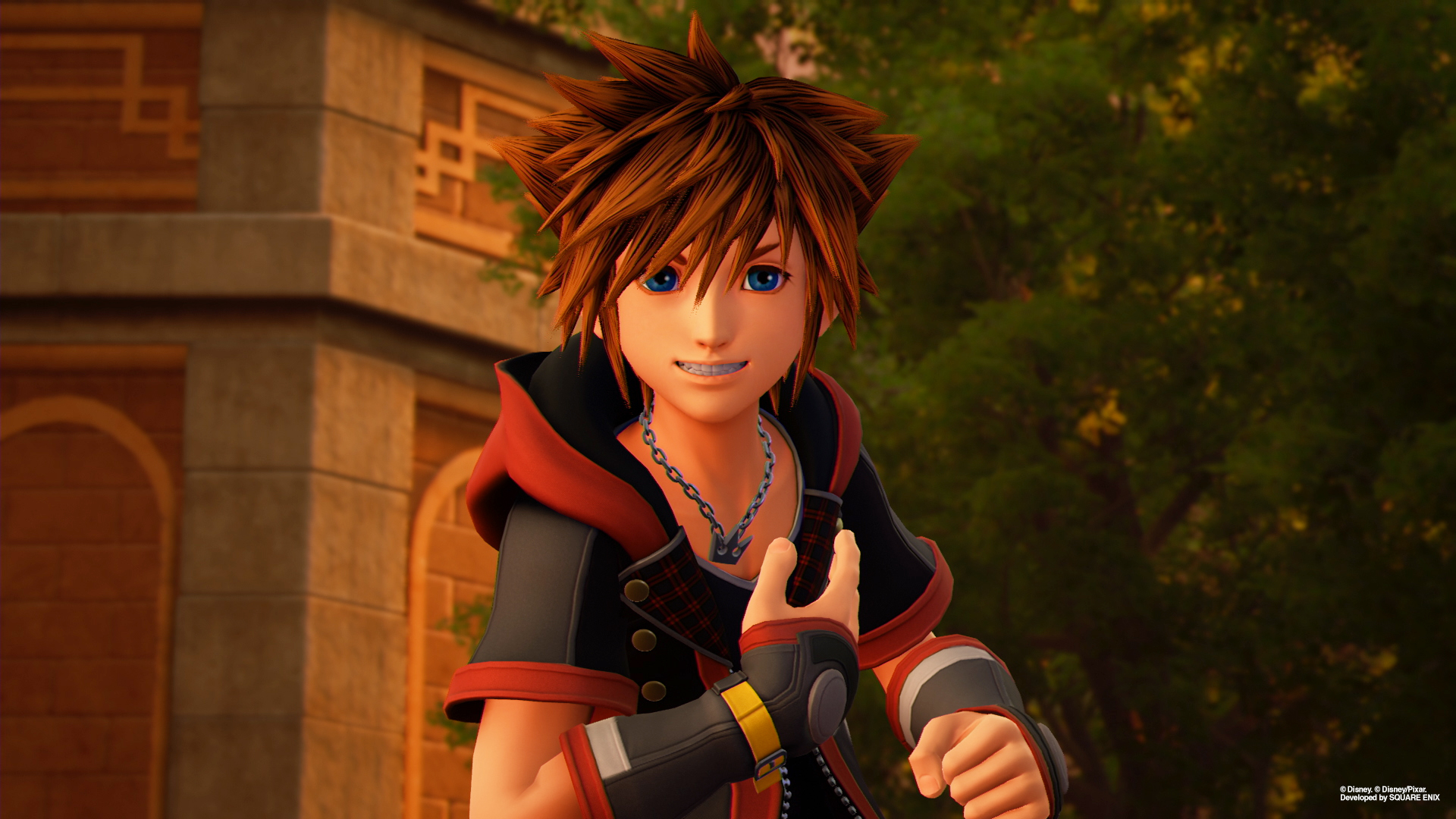 Sora is a character that Smash fans have bee hoping to see on the stage for a long, long time. His varied and vast set of abilities make him well-suited to the game as it is, but there’s more to it than that- Sora is an icon in the RPG space, one of Square Enix’s biggest and most recognizable characters, and the face of one of the biggest franchises in the industry. Characters such as him almost never fail to make their way to Smash, while the fact that Sora has appeared on multiple Nintendo platforms in the past also means his chances are pretty good (not that that’s a pre-requisite, of course).

It feels weird to think of a scenario where a character who was once the star of a Sony exclusive property and the face of PlayStation might be in Smash, but things have certainly changed. Crash Bandicoot is now a Activision, and he’s also graced the Switch with his presence (multiple times, now). A recent rumour also indicated that the bandicoot will be the first character to be added to the game as part of the second Fighters Pass- so let’s keep our fingers crossed and our eyes peeled. 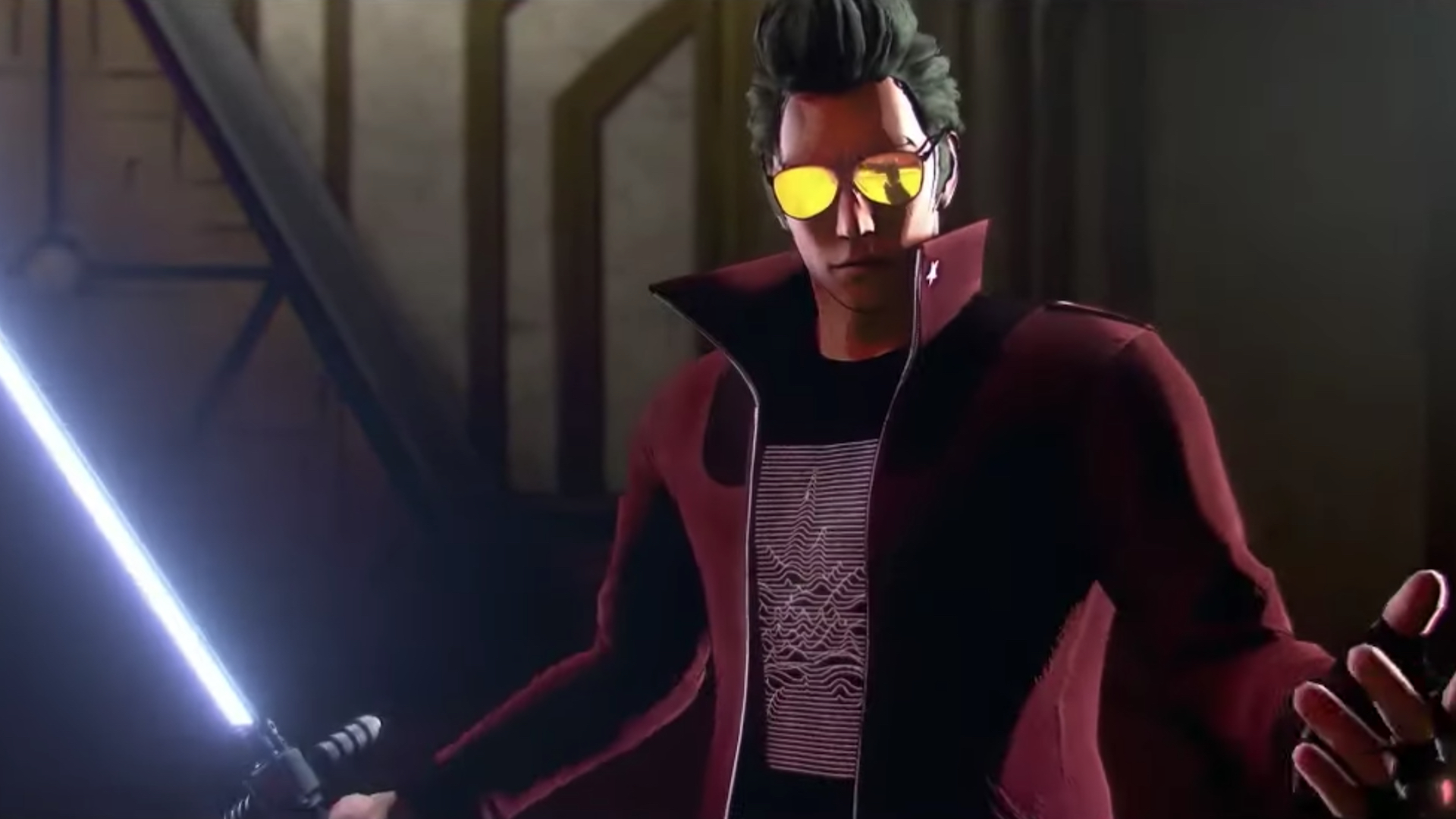 Travis Touchdown hasn’t always been at the forefront of the zeitgeist since his debut on the Wii all those years ago, but it’s hard to argue that he’s not instantly recognizable. With his beam katana and his brash yet loveable personality, Travis has been a fan-favourite for over a decade, while it also goes without saying that the company he’s most often associated with is Nintendo. With No More Heroes 3 coming up, we wouldn’t be surprised to see him making an appearance in Smash as well- in fact, we’re kinda surprised he hasn’t already done so over the years. 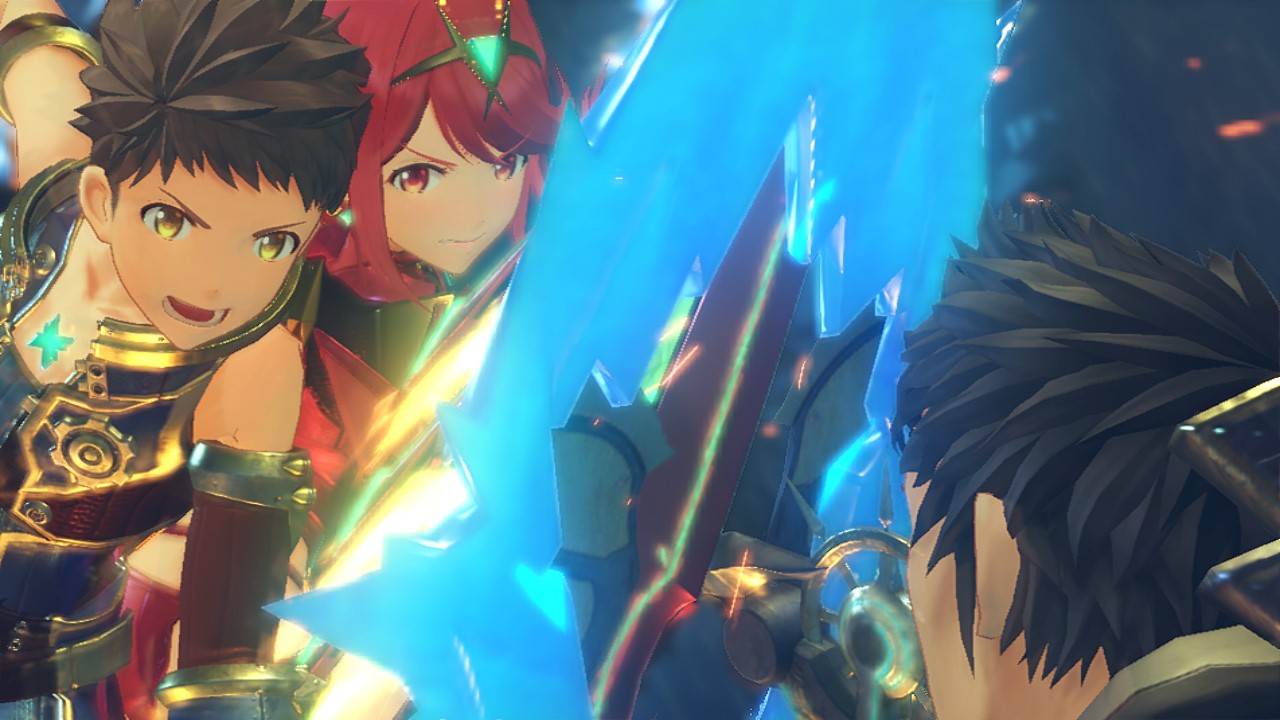 Let’s end with a first party character, because as we now know, it’s not a given that every DLC Smash character will be a third party one. Of course, anyone would have top dig pretty deep to find a first party character that Nintendo hasn’t got in Smash Ultimate, but there has been one very obvious omission- Xenoblade Chronicles 2 protagonist Rex. As one of the best and most successful games on the Switch, and considering the fact that the first game has made it into Smash, we wouldn’t be too surprised if Rex joins the fight sooner rather than later.