You’ll be jumping through all kinds of hoops but these items are ultimately worth it.

As one obtains the best weapons and armor in a game, there’s always that one elusive item that warrants a chase. It may require lots of effort, sometimes more than seems worthwhile, but it ultimately proves worth it. Let’s take a look at 15 such items here. 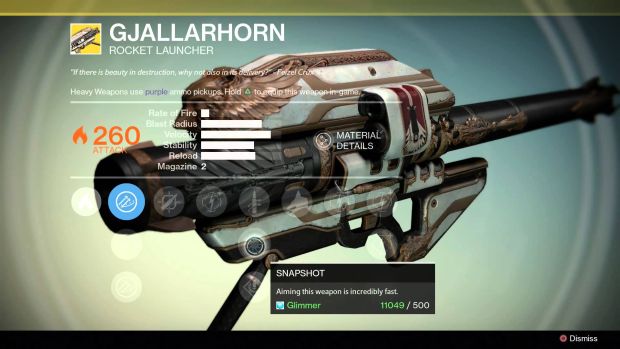 When Destiny first launched, everyone was so busy trying to increase their Light level that they completely ignored a certain Exotic rocket launcher that Xur was selling. This was the Gjallarhorn, an absolute DPS monster that could reduce the toughest bosses to ashes (and also made for a very good PvP weapon with its Wolfpack Rounds). Unfortunately, given how droprates worked and the unforgiving RNG – coupled with very few dedicated Exotic sources – it was near impossible to get for many players. It also didn’t help that Xur wouldn’t sell it again until a year or so later.