Advertising and marketing have become so important for major triple A releases that they rival big-budget Hollywood blockbusters. Much like Hollywood and the odd few scenes from a trailer that are never seen in the movie, the gaming industry has been a little unfaithful about its actual products. Whether it’s blatant adjustments and effects or more subtle colour correction, let’s take a look at 15 occasions where developers misled players with fake screenshots. 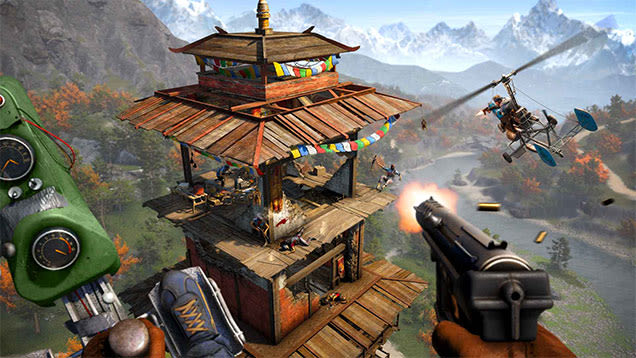 Why not start with a particular screenshot, featuring co-op gameplay with players in buzzers, that was the focus of a Kotaku article about a professional bullshotter? This Far Cry 4 shot had soft edges on the bullet casings and muzzle flash on guns, an effect which extended to the buzzer’s rotors. That’s only the tip of the iceberg for Ubisoft though so don’t worry.