From the low-level cronies to the high-level big bads, there’s been a lot of iconic DOOM monsters over the years.

Posted By Shubhankar Parijat | On 02nd, Mar. 2020 Under Feature, Slider

We’ve been shredding demons and the forces of Hell to bits in DOOM games for nearly three decades now, and it’s never gotten boring. That’s partly because action as visceral, brutal, and impactful as DOOM’s can’t ever be anything but thrilling, but a huge reason for the enduring quality of that action is the enemies themselves- over the years, the DOOM series has never failed to throw excellently designed enemies at us, both from a visuals and mechanics standpoint. It’s looking like that’ll be truer for DOOM Eternal than it’s been for any other DOOM game, and so, excited as we are, here we’re going to talk about some of our favourite demons that we’ve brutally murdered in DOOM titles over the years. So without further ado, let’s get started. 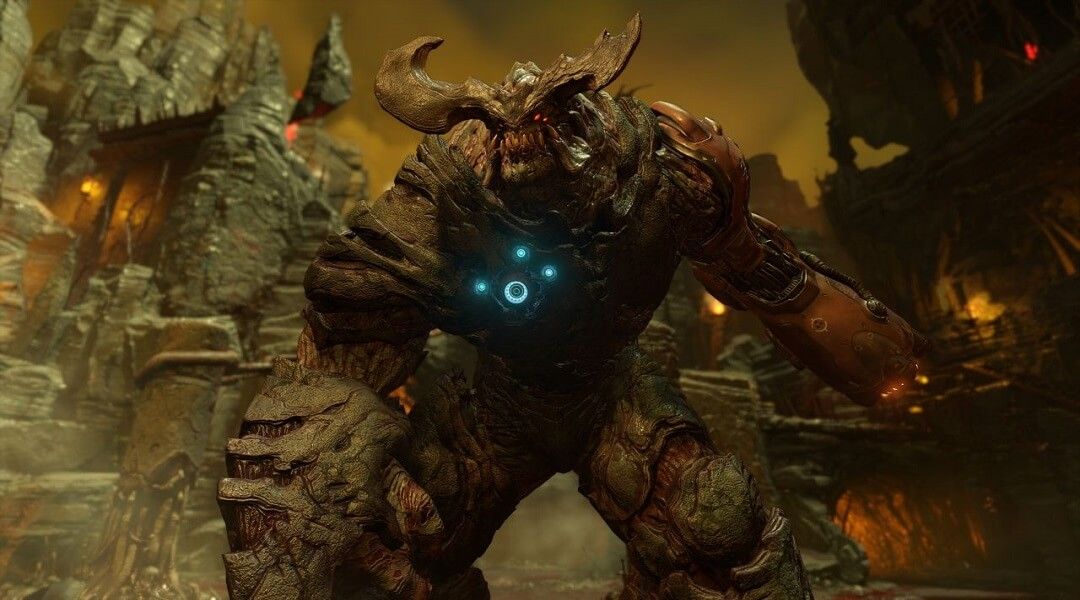 One of the deadliest demons in the entire series, the Cyberdemon has been tormenting players since the very first DOOM, and appeared repeatedly over the course of the mainline series. With a behemoth’s body that can take a startling amount of punishment before going down, the Cyberdemon inspires fear in the hearts of people not only with its appearance, but also with its combat capabilities.