Born into a world overtaken by machines, Aloy — the female lead — will “embark on a compelling, emotional journey and unravel mysteries of tribal societies, ancient artifacts and advanced technologies that will determine the fate of [her] planet, and of life itself.” Set in a post apocalyptic world, Horizon promises lush, vibrantly colorful environments; brilliant, jaw-dropping graphical design; a large open world with RPG elements; and an overall original story concept: a lost human society overran by machines, with no upfront reason on what exactly went wrong. Those are just to name a few features from this new triple A IP, coming exclusively to PlayStation 4 in 2016.

Already poised as one of E3’s top most anticipated games, let’s take a look at 15 reasons why Horizon: Zero Dawn will be a game changer for the open world genre. 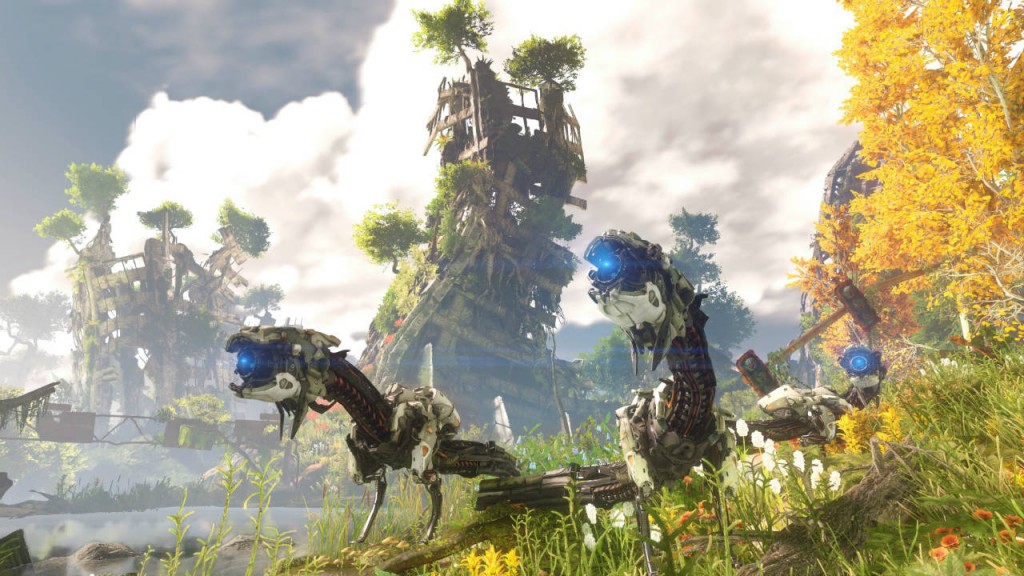 Early on in the Horizon E3 trailer we learn animals, dinosaur-like creatures and many other species of animals roam the land. But these aren’t just any type of species like we see in our every day zoo. No. These creatures are borne of machines. That’s right! Monsters both big and small, ferocious and calm with metal skin and teeth run those there lands.