15 Things That Xbox One Needs To Set Right

Waving the cudgel again, but this time at the new-gen Microsoft console.

Posted By Rana Vikramaditya | On 08th, Mar. 2014 Under Feature, Slider

With two of the largest companies in the world today, going all Hippopotamus bellicose on each other for marking their spots in the gaming market, we have two great console. Each with their respective appealing features. And equally appalling gaffes. We’ve already seen how the PS4 needs to suck it up and bring in some much desired and useful features; about time we let you know how MS has bungled the Xbox One.

Microsoft’s new generation system has hit the shelves and has rolled quite a number of eyeballs its way. Great specs mingled with a beauteous UI and a score of new apps and features make it a great entertainment system for today’s day and age……..or not quite yet. Apart from waiting to fill our libraries with games before virtual cobwebs find their way in there, here’s a look at how Microsoft can make the Xbox One a better console. 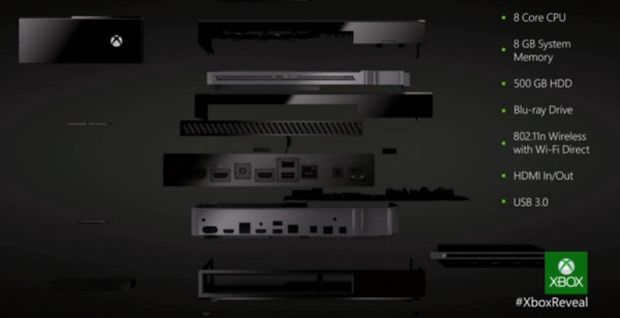 So the new generation of consoles came along amidst a lot of controversy, heated debates and much celebration. The Xbox One no doubt has some brilliant gears whirring under the hood. But it seems some things just aren’t enough. The XBO has a 500GB hard disk drive. A lot? Not even close. Half a terabyte of space would have been something to rejoice with the Xbox 360, but with Full HD gaming, HD apps, blu-ray movies and astronomical data that we all have amassed over the years, 500GB of space isn’t enough.

What’s really vexing is that the system needs space for itself, for saving games and apps so the actual freely usable space available to the end user is a little under 400GB. Which is utterly disappointing. That wouldn’t be a problem if there was external USB storage support. So you can’t even plug your portable HDDs and neither can you replace the internal HDD of the XBO with a bigger one. We hope the future is brighter.