The PS5 already has a few overlooked gems.

The PS5 is almost a couple of years old, and it’s fair to say that it’s already built up an impressive library in that time. The best is hopefully yet to come, but already, the console boasts a library that isn’t only sizable, but also varied in multiple ways. A byproduct of that, of course, is the fact that not all good games on it have received equal attention and recognition, which means that there are plenty of great PS5 games that perhaps haven’t been in the spotlight as much as they deserve. Here, we’re going to talk about a few such games.

Unpacking just came out of nowhere. It was barely on anyone’s radar before launch, but when it came out, it took everyone by surprise. Contrary to what its core premise of being a zen puzzle game about unpacking storage boxes might suggest, this is an experience that’ll genuinely stay with you after you’re done with it. The story that it tells and the way that it tells it is surprisingly effective, and the gameplay is also enjoyable enough to keep you engaged.

Horror games have seen a massive resurgence in recent years, but for fans of the old-school fixed camera era of the genre, there aren’t a lot of exciting new games to dive into- with some exceptions. One of those is undoubtedly Tormented Souls, a hard-boiled fixed camera survival horror game that veteran fans of the genre definitely shouldn’t miss. If you have a hankering for something that takes heavy inspiration from the classic Resident Evil and Silent Hill games, Tormented Souls is, in spite of its rough edges, an easy recommendation.

Roll7 tried some new and exciting things with OlliOlli World that were very different from what the series has been known for in the past, but it’s fair to say that those ideas paid off. The skateboarding game is a slick, easy-to-control, consistently enjoyable experience that’s full of oodles of personality. OlliOlli World’s charming setting, its gorgeous visuals, and the purely addictive nature of its mechanics ensure that there’s something here to appeal to almost everyone. 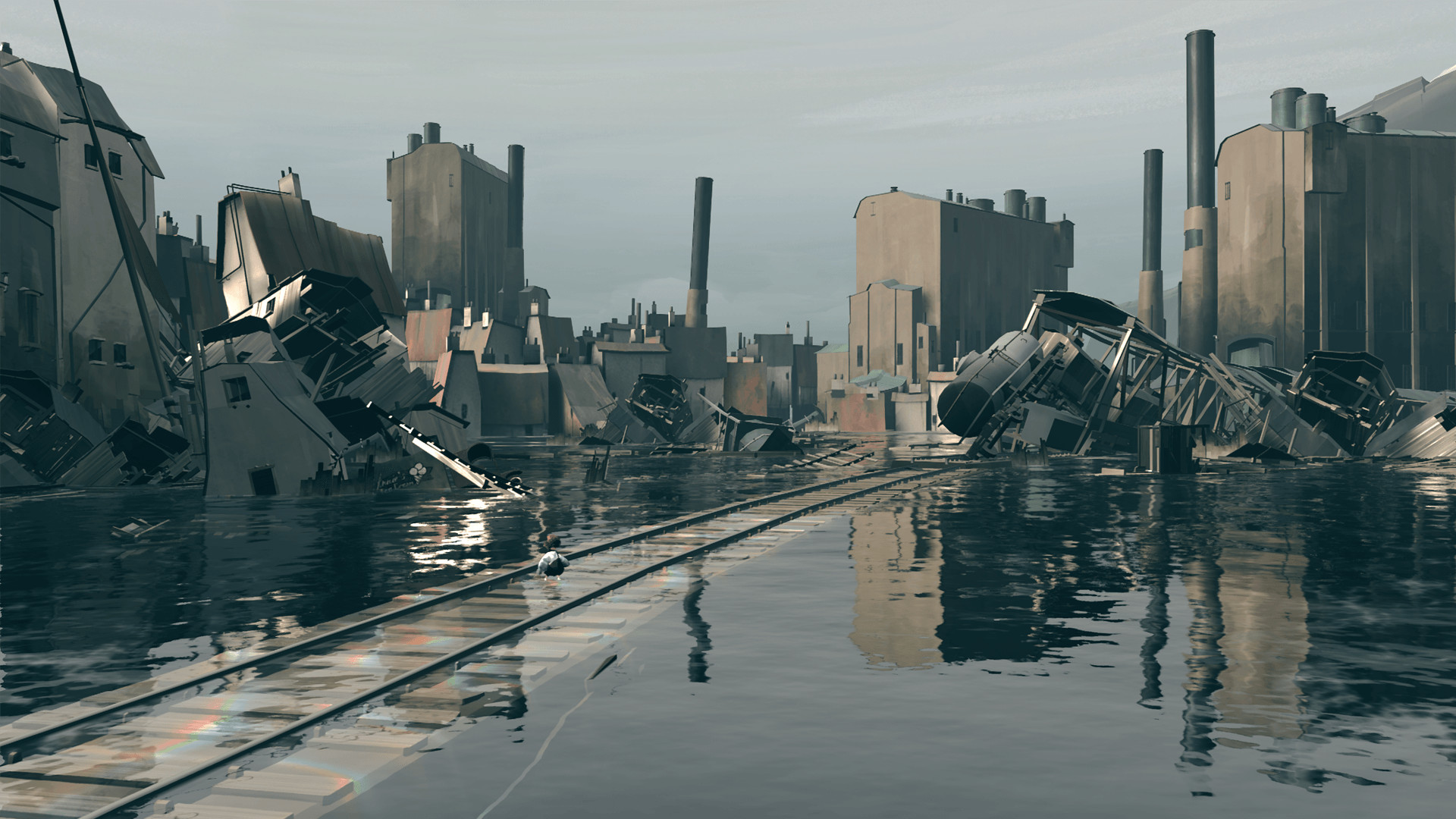 It won’t be surprising to anyone who played FAR: Lone Sails that its successor, FAR: Changing Tides turned out to be a solid adventure game as well. Whether or not it improves upon its predecessor is up for debate, but on viewed on its own, it has plenty of merits. Whether that its post-apocalyptic world, its environmental storytelling, its simple yet engaging puzzles and management mechanics, or something else, there’s quite a lot to like in FAR: Changing Tides.

It wouldn’t be an exaggeration to say that Sifu is not only one of the PS5’s most underrated games, it may also be one of its best games until now. SloClap’s kung fu brawler is a stellar experience in so many ways, from its punchy and challenging combat to its gorgeous visuals, from its inherent replay value to its unique ageing mechanic and all the strategy that brings to the experience. Sifu is, from top to bottom, a game that has been very well thought out, with ideas that have been very well executed. Perhaps some initial post-launch anecdotes about the game’s difficulty scared some away, but the game’s since added difficulty levels as well, which is all the more reason for more people to check it out. 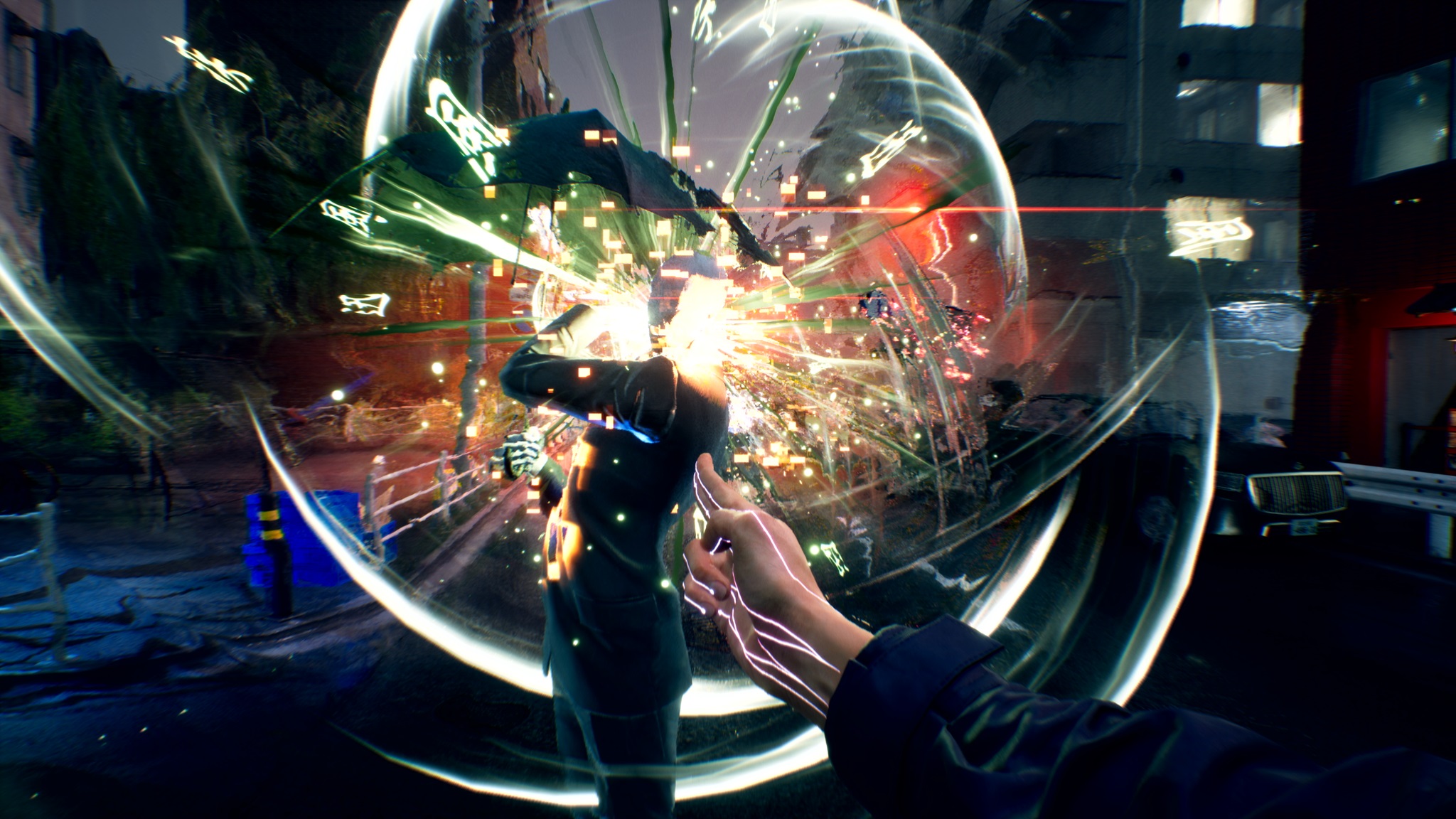 Ghostwire: Tokyo is probably the only AAA developed and published game in this list, but it’s no less deserving of being here- because perhaps it’s been harshly dismissed by many. Criticisms of an empty open world and a generic structure and shallow combat have been levied at the game, and while it would be foolish to say that this game is faultless by any stretch of the imagination, you still shouldn’t make the mistake of considering it skippable. The vibe and atmosphere of the game are wholly unique, and the overall experience is one worth diving into regardless of the general lack of novelty in its core gameplay ideas. 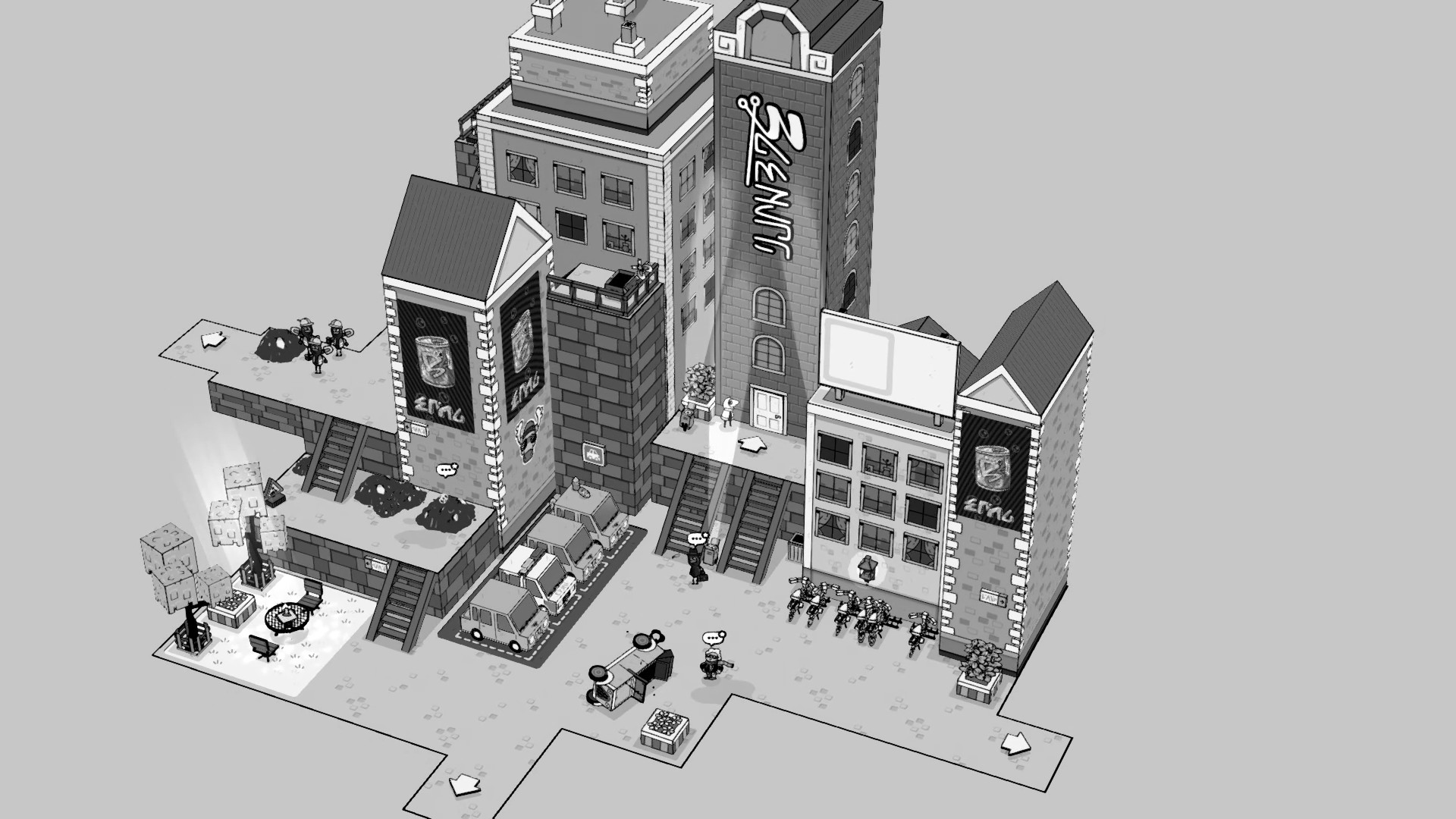 Hand-drawn photography adventure game TOEM has flown under the radar for a great many people, but as those who’ve played it would tell you, it’s definitely worth checking out. Make no mistake, as a simple glance at TOEM suggests, it’s a small-scale experience- but it’s also gorgeous to look at, brimming with charm and personality, and just delightful to play (most of the time). Anyone with 3-4 hours to spare should look into this one.

You can never have too many Metroidvanias, but given the explosion in popularity in the genre over recent years, the particularly novel ones tend to stand out. F.I.S.T.: Forged in Shadow Torch is definielt one of the novel ones – just look at its deiselpunk setting or its anthropomorphic characters – but it hasn’t received as much attention as it probably should have. Maybe that’s because it launch in close proximity to Metroid Dread, which didn’t leave much oxygen in the room for any other Metroidvania, or maybe it’s for some other reason. Either way, F.I.S.T.’s quality is unimpeachable, and it’s a game that’ll hopefully continue to attract players over the long-term.

The stealth genre is one of those that has hit something of a lull in recent years, with most of its major franchises on hiatus right now and not a great many new stealth games coming out. If you’re one of many genre fans starved for something good and new, look no further than Sniper Elite 5. Rebellion’s stealth World War 2 shooter combines excellently designed open world maps with engaging and dynamic stealth mechanics, emergent and reactive gameplay, choice-based approach to mission design, and ends up delivering one of the most enjoyable military stealth experiences we’ve had in quite sometime.

In recent years, a countless number of indie games have tried to capture the first person psychological horror lightning-in-a-bottle success of P.T., and almost all none of them have succeeded. Bloodious Games’ recently-released MADiSON, however, is surely a formidable effort, and one that shockingly manages to come close to those kinds of scares at its best. It’s genuinely terrifying when it’s at its best, masterfully paced, and incredibly atmospheric. For fans of horror games, it’s almost unmissable. 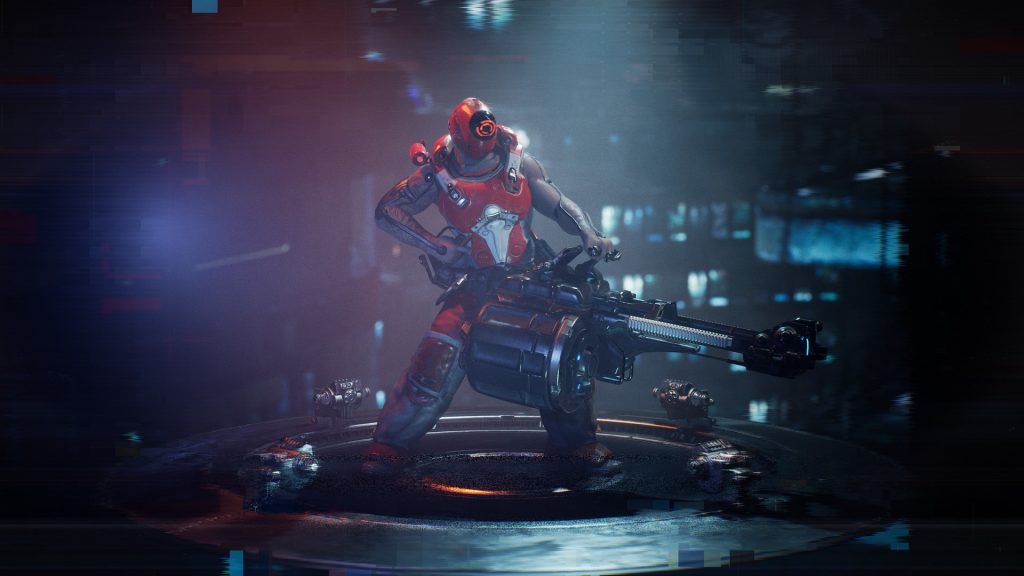 We’ve had some bad taste with cyberpunk RPGs in recent times, though some, of course, have been better experiences than others. Neon Giant’s The Ascent, for instance, is an absolute triump. Its cyberpunk world is wonderfully realized, gorgeous to behold, and an absolute joy to explore and exist in. Its twin-stick shooter combat is tense and consistently enjoyable, whether you’re playing solo or co-op. Its progression and loot mechanics are engaging and offer a deep and flexible progression system. For all of these reasons and more, The Ascent is a very easy game to recommend to most people.

Perhaps calling Kena: Bridge of Spirits might not entirely seem accurate given how widely anticipated the game was in the lead-up to its launch, but given how much of the limelight tends to get hogged by the AAA stuff, we’d say Kena still deserves more time in the spotlight. Ember Lab’s debut action-adventure title is a wonderful game, with stunning visuals and art design and a solid execution of the classic Zelda formula, offering a healthy mix of combat, puzzles, exploration. Hopefully Ember Lab will have more Kena content cooking up, because this is a world we can’t wait to return to.

Speaking of solid action-adventure games inspired by the classic The Legend of Zelda games, if that’s the sort of thing you’re on the lookout for, you really can’t go wrong with Death’s Door. Acid Nerve’s indie smash hit boasts excellent level designs and puzzles, punishing and crunching combat and boss fights, and almost the perfect blend of exploration and dungeon crawling, all of it wrapped up in a charming world. Maybe the game’s stiff difficulty will turn some people away, but for those who want a challenge, Death’s Door is an absolute gem. 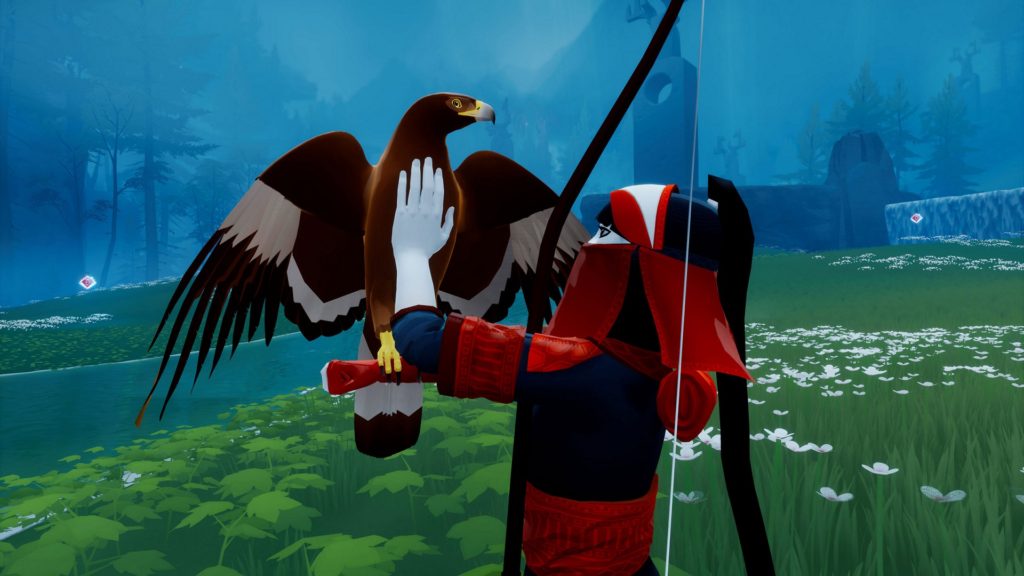 The Pathless has been available on PS5 since day one, and given the densely packed window in which it launched, it’s not surprising that it sort of got swept under the tide. As those who’ve played it will tell you though, The Pathless deserves every bit of your attention. Giant Squid’s action-adventure game boasts slick and fast traversal, enjoyable exploration, diegetic world design, gorgeous visuals, and so much more. The Pathless is easily one of the most striking experiences on the PS5, and deserves a great deal more attention from the masses.

Chicory: A Colorful Tale did get plenty of praise when it launched last year, receiving praise of its delightful visual aesthetic, its surprisingly engaging mechanics, its wonderful story, and more, but even so, it feels like it didn’t get played by nearly as many people as a game that good should have been. Chicory strikes that tricky balance between being quality and being new, so it’s frankly a little surprising that it hasn’t been in the conversation more.