5 Steps Bethesda Need To Follow To Get Back On Track

There’s a lot of hard work ahead for Bethesda.

Posted By Shubhankar Parijat | On 07th, Nov. 2019 Under Article, Feature

It wasn’t too long ago that Bethesda was looked at as one of the few remaining truly great third party publishers in the industry. Their insistence on crafting bespoke single player narrative-driven games free of microtransactions, even as most other publishers moved toward delivering multiplayer games or live service titles that were designed to be monetized, made them a darling of the industry.

But things have changed drastically in the last year. Multiple less-than-stellar releases, countless PR disasters, and a string of poor decisions has led to what has to be the quickest turnaround in the a company’s public opinion in this industry in many years. Now, as far as the masses are concerned, Bethesda has become just another giant corporation that cares about nothing but revenue.

But things aren’t unsalvageable for them. They can still turn this around. Nintendo managed to come back from the abysmal failure of the Wii U, Sony managed to steer the ship into steady waters after the turbulent first few years of the PS3, and Ubisoft managed to correct their course after starting this generation on the wrong foot- and Bethesda, too, can come back from this slump.

To do that, though, they’re going to have to be very careful about how they proceed going forward. We don’t pretend to be experts on how to run megacorporations, but it seems there are a few key things Bethesda needs to do to make sure it can get itself back on track. Sure, some of these might be easier said than done – all of them, even – but we feel these should be non-negotiable goals for Bethesda if they are to restore the faith of the masses in themselves.

Let’s begin with the most obvious big step for them. 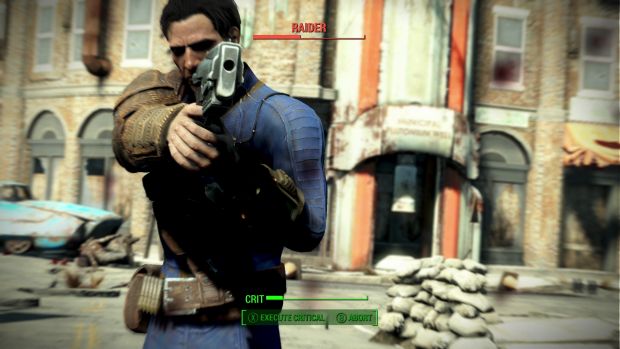 Fallout’s had a rocky few years this side of 2010. When Bethesda acquired the franchise and steered it into a completely new direction with Fallout 3, there were certainly many who felt that they were missing the point of what made the series so good, but there was no denying that it was, all said and done, a generation defining experience. Its glowing praise and bevy of awards were ample evidence of that.

Fallout 4, though, was a step in the wrong direction. It pared back the RPG elements, and simplified the choice and consequence mechanics, while the story it told was not without its issues- all three of those things are, as any series fan would tell you, critical to Fallout’s success. Still, Fallout 4 was an enjoyable, solid game, and by all means, at the time most believed that Bethesda would take players’ feedback into account and make improvements in the future.

But then came Fallout 76. We all know how that turned out. We’re not going to trash on the game and talk about how it was – and continues to be – a complete mess, because honestly, it’s been said enough. But Fallout 76′ devastating failure and the not-insignificant discontent with Fallout 4 have combined to make a massive dent in the series’ reputation. That is something Bethesda needs to set its sights on fixing.

Bring Fallout back to its roots and reintroduce all the things that we loved about it. Given that Bethesda Game Studios already have their next two big projects in the pipeline with Starfield and The Elder Scrolls 6, it stands to reason that it’s going to be many years before we see Fallout 5. Whenever it does come out, it needs to be a home run, or else it might not be able to recover from the damage that Fallout 76 did.

Making sure that Fallout 5 is excellent should be a clear goal for Bethesda, but there’s still more work they can do before that happens that might help with fixing the Fallout brand. Fallout 76 might have had a awful launch, but impossible enough, it might still be a game that can be brought back from the dead.

If Bethesda are to be believed, Fallout 76 has somehow managed to retain a sizeable and dedicated playerbase in spite of all the bad press surrounding it. That’s a miracle in and of itself – one only need look at Anthem to see how quickly most people drop a disappointing live service game – and it’s a miracle that Bethesda needs to leverage to the best of its ability.

The upcoming Wastelanders update is exactly the kind of stuff it needs to do. It’s disappointing that it got delayed, but that’s the sort of content we all want from our Fallout game, with those bevy of dialogue options that seem to be taking cues from Fallout 3 instead of 4, those NPCs that gave us all ample reason to engage with the world and do all the quests, and those deep RPG mechanics that had us hooked for countless hours. So Wastelanders needs to be good, and it needs to be the first of many such content updates for Fallout 76.

And you know what? Fix the damn game, Bethesda. Actually fix the game. Fix its embarrassing bugs, make sure things such as its private servers and its scrap boxes actually do what they’re supposed to do, make sure it doesn’t run like crap. And please, for all that is good in the world, don’t release a $100 subscription service for a game that is that broken- especially not if that service has nothing good to offer, and cannot even make the things it does offer work properly.

Seriously, who thought that was a good idea?

MAKE SURE STARFIELD IS GOOD

It’s not all about Fallout, of course. Bethesda Game Studios have plenty of other irons in the fire, and while Fallout 76 is a game that’s going to be supported for at least a few more years (one would assume), there’s other games coming up that Bethesda can and should be focusing on.

Their first next big game is one that we’ve been waiting for for years, which is weird, because it only officially got announced at E3 2018. Starfield is a science fiction RPG, and Bethesda’s next big game, and those two tiny snippets of information themselves were enough to send our collective hype into the atmosphere not too long ago.

Recently though, the general feeling people have for Starfield is one of concern. Fallout 4 was a bit of a disappointment for many, while Fallout 76 was more than just a bit of a disappointing. We’d have to go all the way back to 2011 for the last truly great Bethesda game, and honestly, the industry and the open world genre have evolved beyond recognition since then.

Thanks to stellar games such as The Legend of Zelda: Breath of the Wild, The Witcher 3, Red Dead Redemption 2, and many, many others, we now expect much, much more out of open world games than we used to back when Skyrim took the world by storm, and Bethesda needs to do everything in its power to make sure that Starfield isn’t just more of the same.

Because let’s face it- a Skyrim-quality game simply doesn’t cut it anymore. The bar has been raised, and developers who fall below that bar won’t be cut much slack by the wider audiences, especially when that developer as massive as Bethesda Game Studios. With Starfield, Bethesda need to make sure that they’re growing and evolving with the times- it needs to be a knock-out punch, to show everyone that this is still a studio that knows exactly what we’re looking for in massive open world RPGs.

For Skyrim, Bethesda decided to stop using the Gamebryo engine – which they’d previous used for Morrowind, Fallout 3, and Oblivion – and instead use their own Creation Engine, which they based on the codebase of Gamebryo itself. And though it certainly worked out for them with Skyrim, to the extent that the game didn’t look like an outdated mess, it’s become clear over the years, that their engine needs a major overhaul.

Each of the games Bethesda has put out over the last decade – if not more – has lagged behind contemporary competition as far as visual fidelity is concerned, but more importantly, their games have almost always suffered from major, game-breaking bugs. Until recently, we were all too happy to ignore those bugs, because at least the games coming out of the studio themselves were enjoying experiences. Fallout 76, though, came along and made us realize that Bethesda’s engine is severely outdated.

Starfield – and The Elder Scrolls 6, of course – both have heavy burdens on their shoulders, and to make sure that both those games live up to expectations, Bethesda needs everything to go right. And that means that they need to live up to a certain standard in the visuals department. More importantly, they need to be free of the bevy of bugs and glitches that have become synonymous with Bethesda games over the years.

Because as we discussed earlier, our expectations from open world games are not much, much loftier than they ever have been. Look at the likes of Red Dead Redemption 2 or Horizon: Zero Dawn, both of which are massive open world titles that display stunningly beautiful visuals on a consistent basis, and rarely suffer from any bugs. That’s the standard that open world games are held up to now, and anything less than that for Starfield and The Elder Scrolls 6 simply won’t be good enough.

QUIT IT WITH THE AGGRESSIVE MONETIZATION 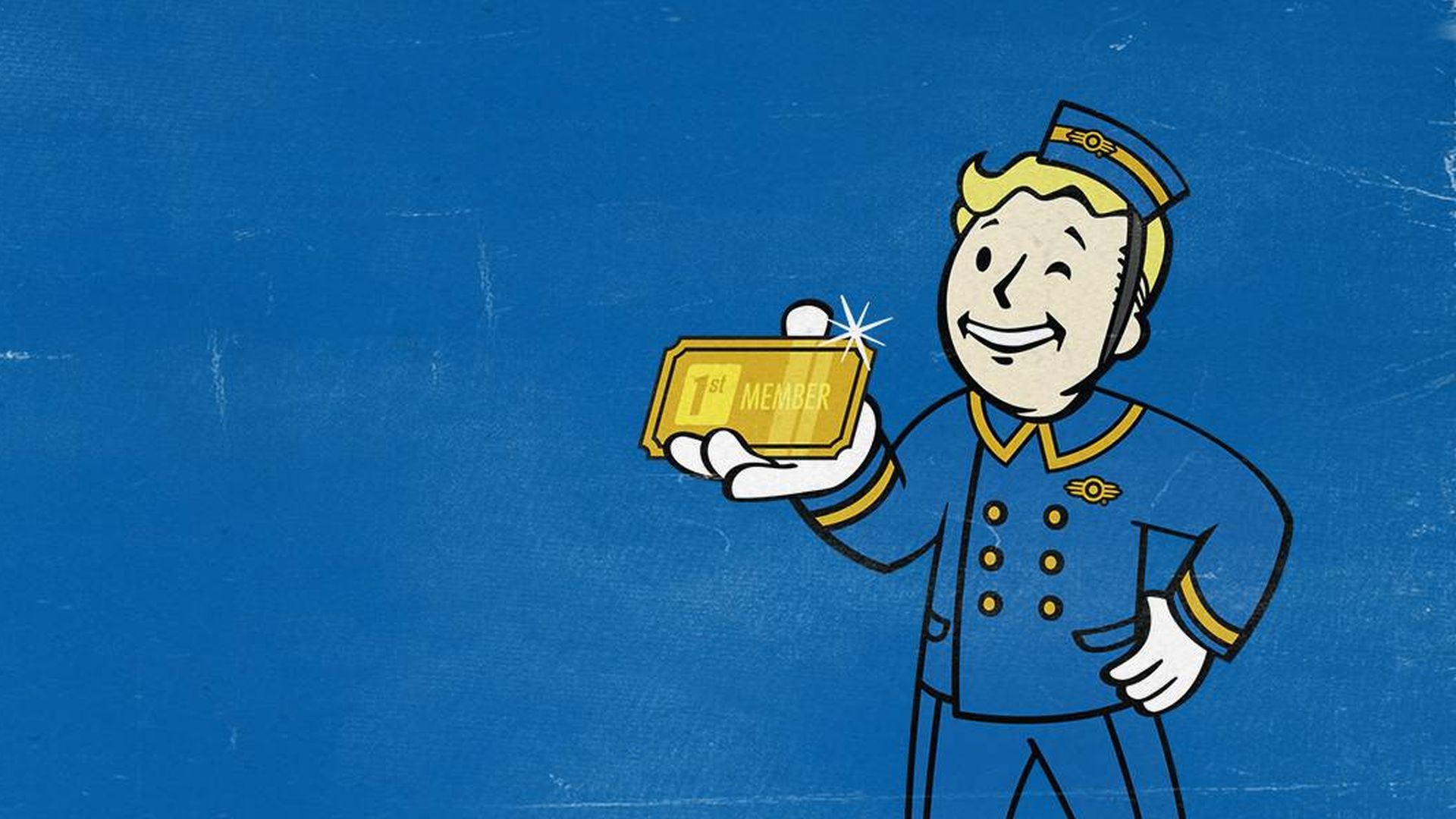 Bethesda’s recent shift toward more blatant monetization of their games has very much been a product of the way their major releases have performed in recent years. As a publisher, Bethesda can always count on Elder Scrolls and Fallout to do well, but in recent years, games such as Wolfenstein 2: The New Colossus, The Evil Within 2, Dishonored 2, and Prey have all received widespread praise that has, sadly enough, failed to translate to good sales.

And so, the company’s shift toward more blatant monetization is not hard to understand. But it’s something they need to move away from. We already spoke about Fallout 76’s new subscription, but even within the game itself, there’s an in-game store that has come under fire since the game’s release. Meanwhile, Wolfenstein: Youngblood also drew criticism for feeling like it had been designed as a game that Bethesda could monetize. Then there’s The Elder Scrolls: Blades, which has aggressive monetization even for a mobile game.

We understand that Bethesda needs to bring in the money somehow – they are a business after all – but it’s no secret that their failure to sell a satisfactory number of copies for the aforementioned beloved single player titles also arises from their own inability to properly market any of those games. As a publisher, Bethesda has often been accused of not marketing its big releases properly. Perhaps, if they did that, they might sell more games, and as such wouldn’t feel the need to over-monetize their games.

It’s not like there’s no market for single player story-driven titles. Look at the likes of Spider-Man, Horizon: Zero Dawn, The Witcher 3, God of War, The Legend of Zelda: Breath of the Wild, to name just a few, all of which are story-driven single player-only games with no in-game monetization that have managed to sell like hotcakes. Hell, even EA, the grand-daddy of over-monetized messes, have Star Wars Jedi: Fallen Order – a single player game with no microtransactions.

Sure, Bethesda might not have the cache of massive properties like Spider-Man and Star Wars to fall back on, but since when has that been an excuse for not having proper marketing for games?