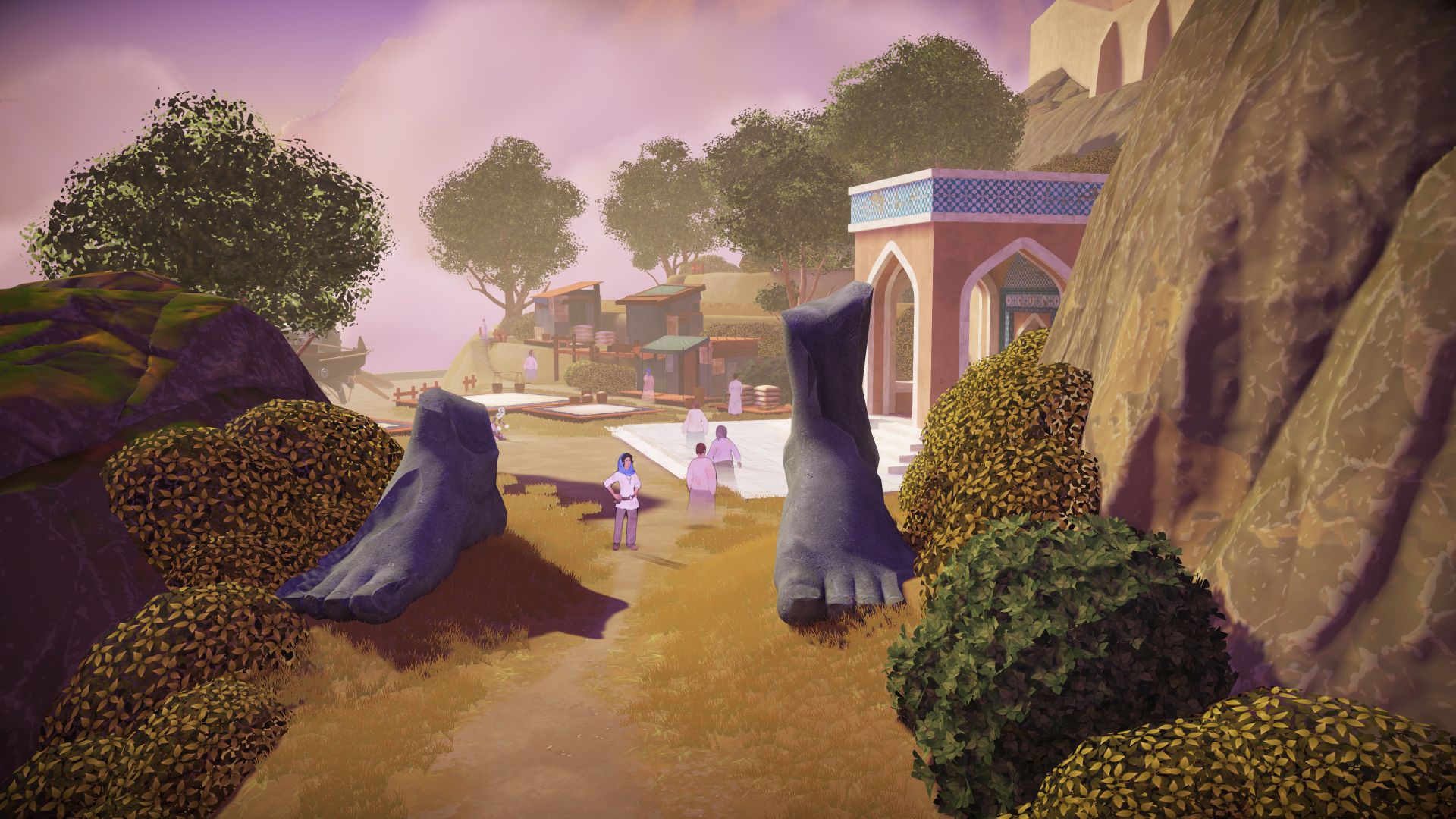 80 Days and Sorcery! developer Inkle is usually known for its iOS and Android titles (which also make their way to PC). This time around, it’s doing something a bit different with Heaven’s Vault, a 3D adventure game that mixes sci-fi with archaeology. It’s out on April 16th for PS4 and PC, with Mac and iOS versions coming later.

The story follows Aliya Elasra, an archaeologist investigating The Nebula with Six, her robot assistant. The Nebula consists of numerous moons of old, containing ruins, inscriptions, and other secrets. The main gameplay loop consists of deciphering a hieroglyphic-like language, which each inscription altering Aliya’s perceptions.

The design itself is intriguing, since every choice and path followed will determine the next step. This is pretty standard for Inkle’s games, but it should be interesting to see how it works with Heaven’s Vault. With a wide range of characters and the opportunity to explore a vast open world, we’re looking forward to its release in April.