A New Viva Pinata Game Is A Possibility For Xbox One 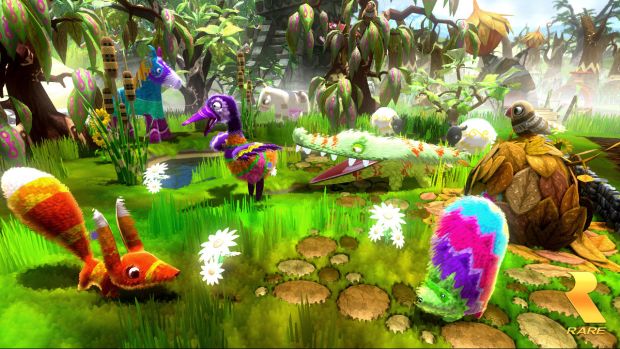 In response to a fan plea for an all new Viva Pinata game, Microsoft PR spokesperson Larry “Major” Hyrb “Nelson” gave fans of the cult game the slightest glimmer of hope, saying that, while the decision to develop another Viva Pinata game rests with the head of Rare, he would send the Reddit thread which contained the plea the the appropriate person. The quote was as follows:

“FYI: I sent this thread to the head of Rare. So I am sure he’s lurking here. Somewhere.”

While this certainly isn’t much to go on, it has been proven that the heads of major game publishers and development companies are largely either lurking or are actually posting on Reddit, so this assurance from Major Nelson is no small thing. It’s safe to assume the head of Rare will see the plea thread.

Additionally, Rare has expressed interest in the past of developing an all-new Viva Pinata game which would utilize the Kinect motion sensor on the Xbox One. However, Microsoft head Phil Spencer has also stated that he would rather Rare focus on platform games that those that utilize the Kinect.

Stay tuned to Gamingbolt to see if a new Viva Pinata becomes more than just a Reddit plea.