The remaster of the 2012 thriller mystery is now available with visual improvements, 4K support and its two story DLC packs. 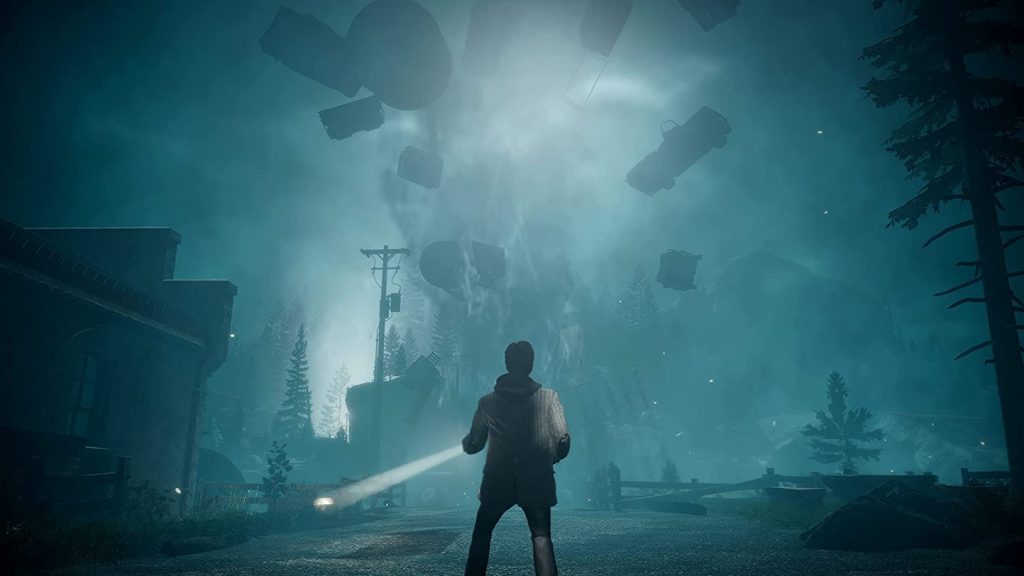 Alan Wake Remastered is out now on Xbox Series X/S, Xbox One, PS4, PS5 and PC via the Epic Games Store. As the name indicates, it’s a remaster of Remedy Entertainment’s acclaimed 2012 narrative thriller which sees author Alan Wake venturing to Bright Falls. After his wife Alice goes missing, Wake investigates the region and must come face-to-face with its dark presence.

Along with including The Signal and The Writer DLCs, the remaster sports 4K resolution support at 60 FPS (though the PS5 and Xbox Series X versions have a render resolution of 1440p). Various improvements have also been made to the texture quality, effects, atmospherics and environments. Even Alan Wake’s model has been updated.

For more details on the remaster, check out our official review here. You can also check out some early gameplay footage at 4K resolution here and compare the visuals between the base version and the remaster here.