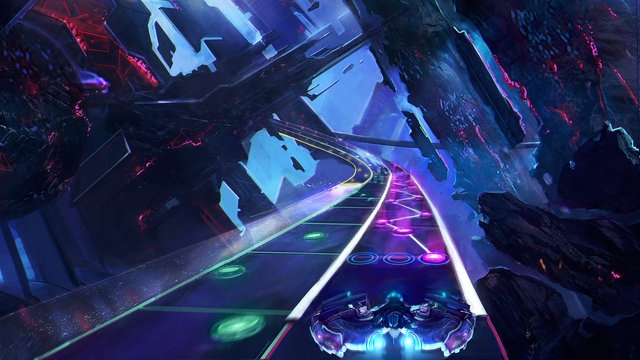 Harmonix’s crowd-funded rhythmic action game Amplitude will be releasing on January 5th 2016 for the PS4. It will retail for $19.99 though Kickstarter backers will be able to get the game on December 23rd (if they pledged $40 or higher).

Amplitude will feature its own narrative, relying on a “concept album approach” and features more than 30 songs composed by the team at Harmonix. Of course, you can also expect some guest composers like Darren Korb (Transistor) and Jim Guthrie). Some backers like Insomniac Games and Lab Zero will also have tracks featured in the final release.

The PS3 version of Amplitude is expected to release “shortly behind” the PS4 version and the final game will include competitive and co-op multiplayer, local multiplayer support and leaderboards. Considering the game’s original release date was March 2015, it’s great to see it finally nearing release. Will you be picking it up? Let us know in the comments and stay tuned for more information.