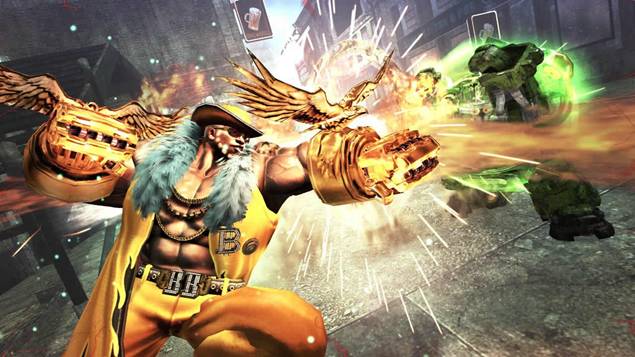 Sega Europe has announced that Anarchy Reigns is now available on the Playstation Network for download at a relatively cheap £19.99. PS3 fans can now digitally download the game starting today.

Anarchy Reigns is a massive online battle arena experience from the developer of Bayonetta and Vanquish, Platinum Games. It allows you to take control of several highly trained killers, including MadWorld’s Jack and Bayonetta’s titular protagonist, to fight either offline in campaign or online against 15 other players in free for all fights with environmental hazards.

The game has seen a decent commercial and critical response, mostly earning flak for the lack of variety in its cast of characters and the sparse nature of offline play. Also, the camera. That damn camera.

However, we reviewed Anarchy Reigns on the Playstation 3 and awarded it a solid 8 out of 10 for its “great art style and solid game mechanics”. Read all about it here.