Animal Crossing: New Horizons has taken the world by storm, having sold 13.41 million units within six weeks of launch, and even blowing past any sales forecasts Nintendo had for it, and according to SuperData, the life sim title continued to enjoy strong digital sales in April 2020. After a 27 drop in digital sales from March, the game sold a total of 3.6 million digital units worldwide in April, and has already become the highest selling Switch game – in terms of digital sales and in terms of digital revenue – of all time. In fact, no other games sold as many digital copies during April as Animal Crossing did.

Other major releases also saw strong digital sales in April. Final Fantasy 7 Remake reportedly sold 2.2 million digital units over the month, aided greatly by how hard it’s been for people to get their hands on physical copies (which is true for all games, in fact). It also broke Marvel’s Spider-Man’s record to become the PS4 exclusive with the highest digital sales at launch.

Then there’s Resident Evil 3, Capcom’s survival horror remake. With 1.3 million units sold, it sold nearly as many digital copies in April as Resident Evil 2 did in its own launch month of January 2020. Meanwhile, Call of Duty: Modern Warfare 2 Campaign Remastered also impressed with 3.4 million digital copies sold in April, which is particularly noteworthy because it was exclusive to the PS4 throughout the month.

You can check out SuperData’s report on the top grossing games in April 2020 based on digital revenue across PC, consoles, and mobile devices in the table below. 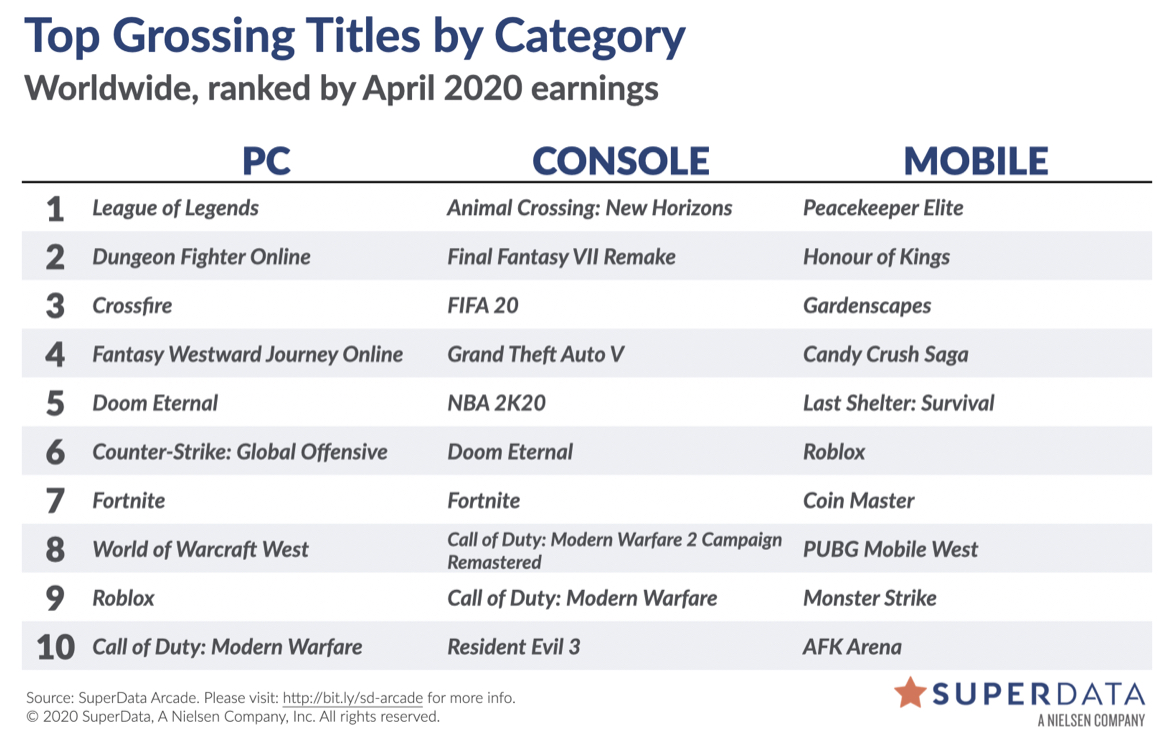