BioWare devs took the stage at EA's E3 event to reveal plenty of new details on the upcoming Anthem. 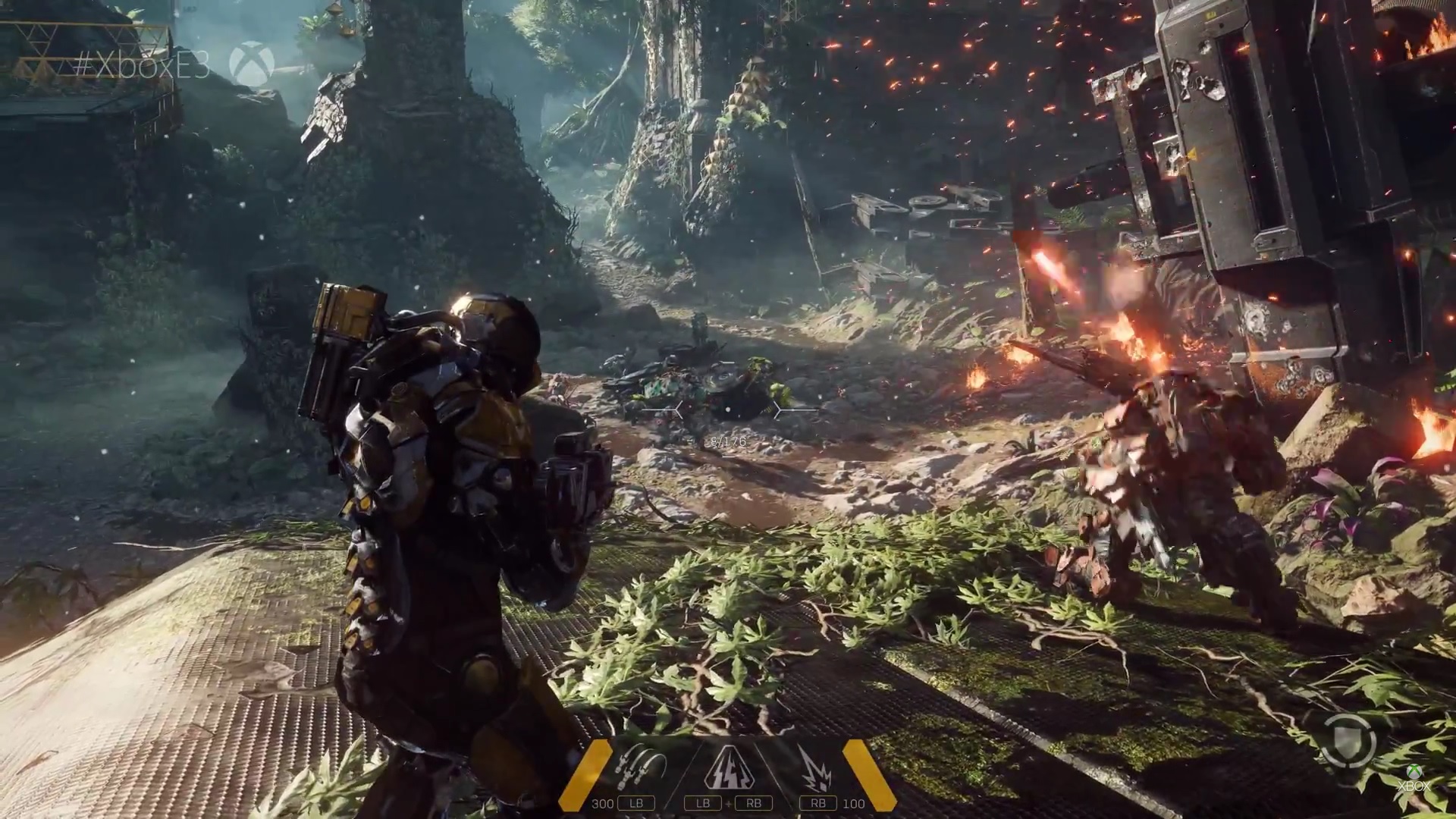 EA didn’t have a lot to talk about at their E3 conference held earlier on 9th June, but one game they did spend plenty of time discussing was BioWare’s upcoming Anthem. Key members of the Canadian studio took the stage in the closing minutes of the press event to reveal plenty of new details on the upcoming game, and they ended up talking a fair bit about a few things that people have been asking a great many questions about since last year- that being the game’s narrative focus, and how (or if) its multiplayer approach will have an impact on it.

BioWare’s Casey Hudson, Mark Darrah, and Cathleen Rootsaert were all quick to assure people that Anthem isn’t an MMO. It’s very much a shared-world game in vein of the likes of something like Destiny or The Division, but it was confirmed that the game will be playable solo as well (just as those two are), even though the intended way of playing it is obviously with other players. Darrak mentioned that Anthem will “combine the impact of having your own personal story with the fun of playing with others,” and that “multiplayer is made to feel like a choice.”

In spite of its focus on co-op play, though, BioWare still seem to be living up to their legacy (or so it seems thus far) by having a pretty major focus on narrative and storytelling. Hudson was keen to point out that BioWare didn’t want to create “a multiplayer game with story sort of bolted on on the side.”

The phrase “Our world, my story” was used repeatedly to reaffirm that though the game is a shared-world experience, it will still have a player-centric narrative style like BioWare games usually do. Hub areas in the game, which BioWare referred to as “forts” during EA’s conference, will be single player areas, where players’ actions will impact the narrative- though how that will happen and to what extent is something that the BioWare trio didn’t delve into.

BioWare also spoke a bit about the game’s setting. Anthem will be set in a broken world that has plunged into chaos, where people struggle to survive in its untamed and lush wilds. The game derives its name from the Anthem of Creation, which is a tool of creation of sorts, but can also be used for the opposite purposes. The Anthem is drumming up a deadly storm that is threatening to destroy the inhabitants of the world, while a group known as the “Dominion” – which is trying to harness the Anthem as a weapon – will serve as the game’s primary antagonists.

Anthem has been confirmed for a release on February 22nd of next year for the Xbox One, PS4, and PC. Stay tuned to GamingBolt for more coverage on the game.