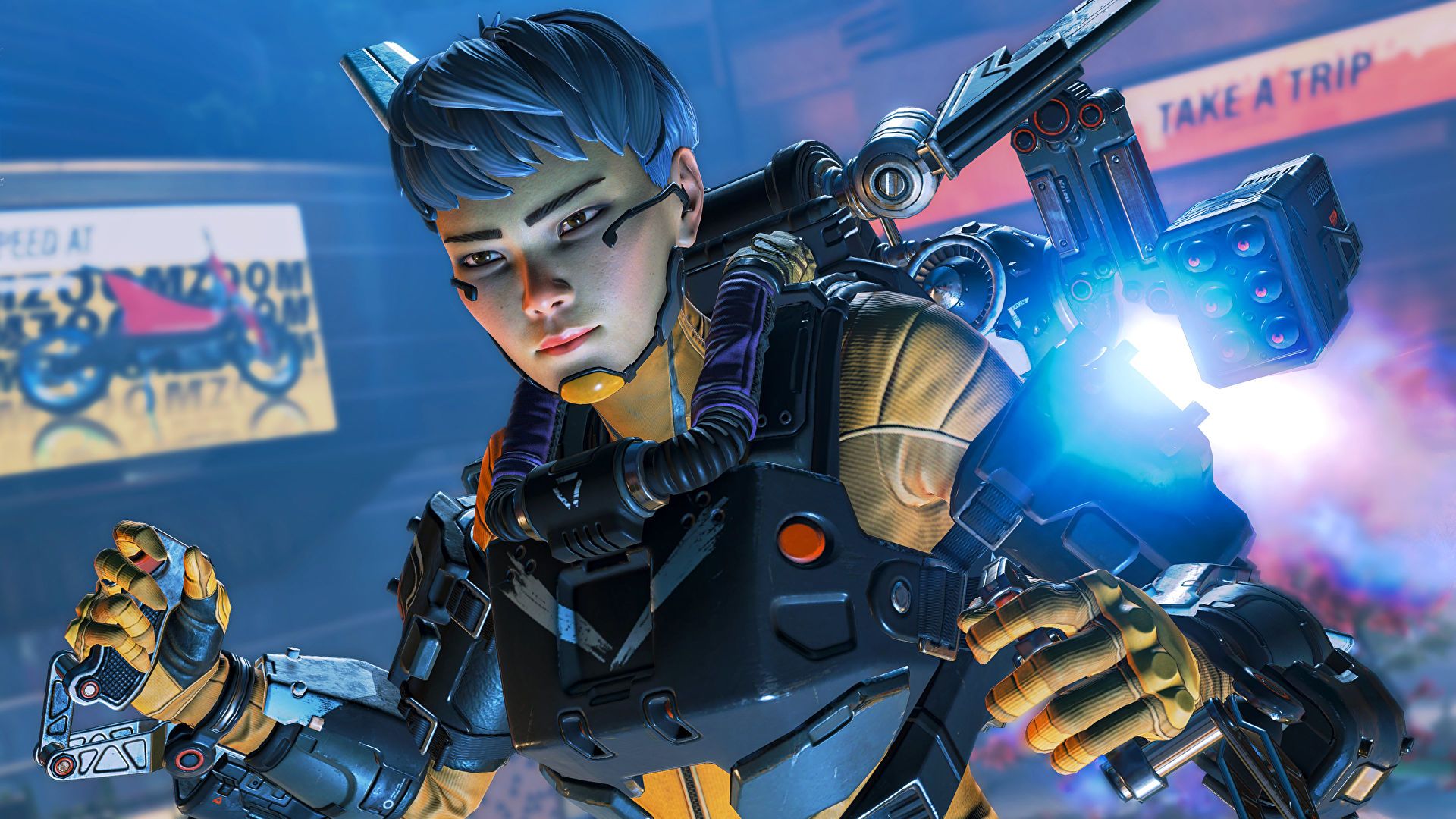 The next season for Apex Legends kicks off next week with Season 9 – Legacy. Along with updating the Olympus map with a strange new infestation, the season sees the debut of Arenas and the Bocek Bow. There’s also Kairi Imahara aka Valkyrie, the daughter of Titanfall 2’s Viper and the newest Legend to join the roster.

A new trailer is available that specifically outlines Valkyrie’s abilities. Her passive is VTOL Jets to fly for a limited time – much like Overwatch’s Pharah, these use fuel which replenishes over time. Valkyrie is also capable of launching rockets into a targeted area that will damage and disorient the enemy.

Her Ultimate is Skyward Dive which allows Valkyrie – and any teammates that link up near her – to soar up and away, transitioning into a sky dive when high enough. This can be used to either escape from a messy situation or play more aggressively. Apex Legends’ next season goes live on May 4th for Xbox One, PS4, PC and Nintendo Switch. Stay tuned for more details in the coming days.