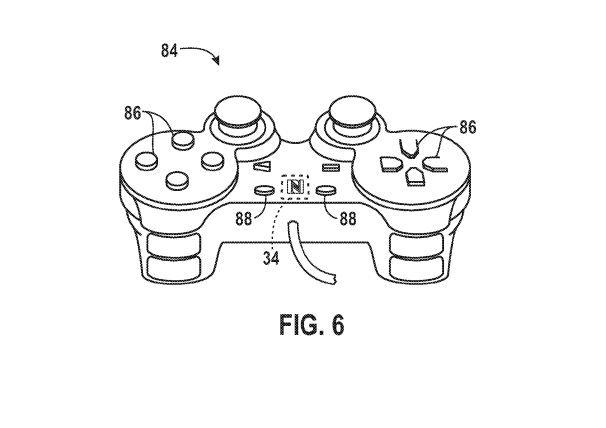 The FIG. 4 in this case refers to an Apple TV, already capable of running iOS games over airplay. 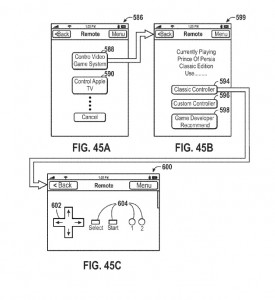 Another figure shows the controller that will connect wirelessly to iPhone/iPod Touch and perhaps even the iPad via RFID or even NFC.

Now the question here is, how scared should Microsoft, Sony and Nintendo be? Given that Apple’s devices hold a pretty large share of the mobile gaming market – with games for iOS being extremely popular – it does make them look like a big threat.

However, it appears this will be limited to peripheral territory for the time being, rather than full fledged console development. And it may not even resemble a Dualshock controller when all is said and done.

Update: It turns out that Apple didn’t actually patent a game controller and instead it’s something that turns phones into controllers for all sorts of devices. It actually deals with an NFC radio-frequency ID chip which allows future phones to control any RFID chip-carrying device.

You can read the patent in detail here.