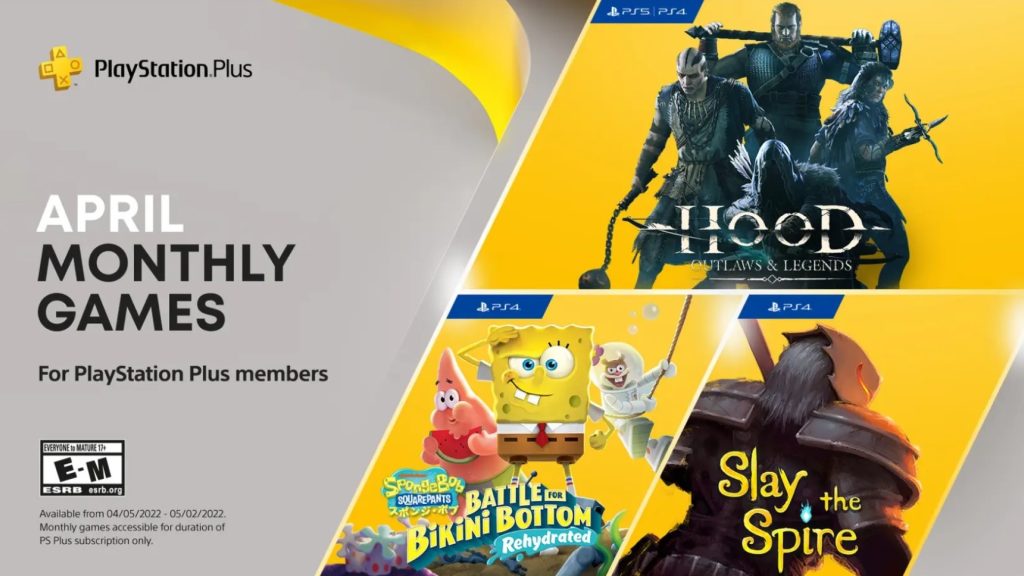 Big changes are coming to PlayStation Plus in a couple months’ time, but even so, the monthly rollout of free games for subscribers obviously isn’t stopping. Sony has now officially unveiled what PlayStation Plus’ lineup of free games is gong to be for April, and as has been the case with most months of late, the recent PS Plus leak has proven accurate.

Starting April 5, PS Plus subscribers can claim Sumo Digital’s PvPvE heist game Hood: Outlaws and Legends, MegaCrit’s seminal roguelike deck builder Slay the Spire, and Purple Lamp Studios’ acclaimed remake SpongeBob SquarePants: Battle for Biki Bottom – Rehydrated. Those are pretty solid offerings – Slay the Spire in particular is excellent, while SpongeBob has its own fair share of fans – so subscribers have some good games to claim in the coming days.

That means you have until March 4 to claim the previous month’s PS Plus offerings, which are Ark: Survival Evolved, Team Sonic Racing, Ghostrunner, and Ghost of Tsushima: Legends.